Send your Champions out on daring missions to help aid the people of Darkshine. Once your forces overcome their ordeal, they will return to your Castle bearing the gratitude of your people - and your just Rewards!

Champion Quests are available to all users who have reached level 60 or higher.

Champion Quests are divided into 7 Orders. The higher the Order, the higher the requirements will be, and the better the Rewards you will receive.

Every Quest has Requirements, as well as a number of slots that must be filled by Champions before the Quest can begin. Higher Order Quests have more demanding Requirements.

One Champion can fulfill multiple Requirements simultaneously, allowing greater flexibility to any other Champions assigned to the Quest.

Try using a single Champion that can fulfill as many requirements as possible, then using very weak Champions to fill out the rest of the slots. Keep your strongest Champions for only the Quests that need so much strength.

You can choose Champions for Quests manually, or use the Auto Select option to pick out the most suitable Champions automatically.

Once all the Requirements are met, you can embark on the Quest.

Champions on a Quest can still be used in other activities, like leading Armies, battling the Undead, or protecting your Castle.

They can also be Upgraded, Enlightened, and even sacrificed (though a sacrificed Champion will hardly be able to participate in another Quest after their current journey is complete).

However, each Champion can only participate in a single Quest at a time.

After a Quest has begun, you have several ways to end it:

1. Wait until it is completed on its own.

2. Boost the Quest with Sapphires to complete it instantly.

3. Remove the Quest. A removed Quest is lost, with no option to restart it, but it will free up the Champions that had been assigned to it to be used on other Quests.

When the Quest is completed, you can claim the reward. However, it's not necessary to do so right away.

With the power of Moon Quests, your Champion Quests can be worth even more. Saving up completed Champion Quests of higher Orders can help you finish more difficult Moon Quests within a single Lunar Cycle, allowing you to get closer to Category Completion and receive even greater Rewards!

Every day the Champion Quest list refreshes, discarding old Quests and bringing in 5 new ones.

If there is a Quest you do not want to lose, you can lock it. However, locked Quests will not be refreshed at all, meaning you'll receive 1 fewer Quest during the refresh for each locked Quest.

Quests in progress and completed Quests will both be locked automatically, but, unlike Quests you locked yourself, they won't count as locked Quests during the daily refresh - new Quests will still appear.

If you're planning on holding on to juicy completed Quests, don't hold TOO many!

If you don't like the Quests you've got, you can replace them all with different ones by spending a few Sapphires.

It costs more Sapphires the more Quests you replace at once, but it can help you get access to Quests of a higher Order.

The filter in the Champion Quests window is slightly different than normal, making it easier for you to search through your Quests. Choose which Orders of Quests you want to display, and choose between showing Quests that are Completed, Not Completed, or both.

You can use single-use Items – Missives – to add extra Quests.

There are two types of Missives:

1. Baron's Missives - each adds an additional Champion Quest of the 1st, 2nd, 3rd, or 4th Orders.

Missives can be obtained through a variety of activities and Special Offers.

Note: you can have only 300 of each type of Missive in your possession.

As mentioned before, the new Champion Quests Category has been added to Moon Quests. Now, you can gather even greater Rewards!

These new Moon Quests ask you to complete Champion Quests of higher and higher Orders. It can be difficult to complete them all in a single Lunar Cycle, but with planning, tenacity, and a little luck, you can do it. Complete the whole Category and reap even more Rewards!

Please note that while Moon Quests are available to Lords and Ladies at Level 40, this Category of Moon Quests cannot be completed until you unlock Champion Quests at Level 60. The fact that they are visible early is not a bug.

Сheck out your Champion Quests, assemble groups of Champions, and march out into Darkshine! 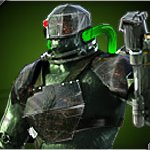