Game Improvements
You asked - We listened!

We always strive to meet your expectations, and so we have made some improvements based on your requests:

- Dominion Status tweaked so when you activate Level 12 or higher, you can now apply 10 Epic Summoning Bonds at once

- Letters from Leonidas improved so that you will now be informed if a Guardian returns to your City because the maximum possible number of Guardians was already at the location they were sent to.

Do feel free to share your suggestions. My advisors will surely consider it. 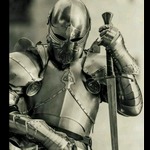 Yeah, wonderful.  But you could do a whole lot better. 1) Eliminate the redundant are you sure dialog just to change servers. No one would activate that who did not intend to switch. In any event, even in the long shot error, easily correctible by simply cliking on the server change icon. 2.) Eliminate the glitch, problem in reports where the completed battle incoming report goes to the top of the list, AND, worse, deletes the now 2nd report, if a player has clicked it to engage in battle.. Dont ask for a screenshot, as this is instaneous, as you well know. New, incoming battle reports should always go to the end of the list and NOT affect already completed reports in the in-box, as it were. Given the speed improvement in the Battle Pass for Pers Pos/Ely pos, the over-writing of reports by a new incoming report should be resolved in favor of players. No one knows when a new incoming report arrives. Why should a player be penalized by the deletion of a report just because she/he had it highlighted for action because of the untimely arrival of a new report? In practice, this means a player has to go back (wasting time) to attack a target without the benefit of the results of the previous attack. Some guys are quicker than others....... why should they or any be penalized to use the result of an attack already reported, just because you, plarium, has this glitch, that deletes a report item, just because it is selected at the top of the current list, before the new report comes in, but then is deleted by you, Plarium, instead of just being bumped down one notch so the new report is now first in the queue? Fix this. It is a problem..... and I am sure many have commented on this. Scratch all the pop-ups. Anyone wanting to buy some game pack can find it easily in the market.