Flashpoint Task Forces are coming to Zandia. From now on, you can upgrade your Special Operatives’ Levels even faster with this new feature.

Solo Deployments finish when one of the following parameters is met:

Group Deployments finish when one of the following parameters is met:

After selecting the type of Deployment and the Special Operative(s) you wish to use, you can decide whether to Energize automatically. If you select this option, your Energy Pills will automatically be used once your Energy reaches zero. Once you run out of Energy Pills, you will expend Blue Diamonds or Diamonds instead, depending on which version of the game you have.

You will also be able to set an Engagement Limit. The default limit is 100 engagements. Each Flashpoint defused counts as one engagement, so a limit of 100 engagements means that your Special Operative will defuse 100 Flashpoints before the Deployment is automatically recalled.

After you start a Deployment, you can view Deployment statistics. These include: 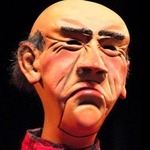 01/04/19
4
How can you recall the special operative? Mine is out of energy and blue diamonds. It says he is deployed however he has no energy and my 7 days has finished. Is there a way to get him to return?