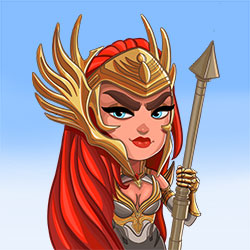 unfortunately I ran out of brown markers and couldn't  finish his antler. He would be like a shadier member of The Bannerlords, like a taskmaster for them. I would want him to have some kind of resurrection ability, for himself or someone else and also some debuff abilities, but that's really not my say though I guess. The plaid scarf means a lot to me!!!! Really ties his look together!!!! 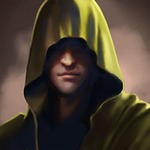 2 skill. Attack on all enemies 40% [Speed Penalty] and [parasit penalty] on two moves.

3 skill. Puts a bonus on allies 60% defense for 2 turns. Applies a bonus to counterattack allies for 2 turns.

3 skill. Puts a bonus on allies 60% defense for 2 turns. Applies a bonus to counterattack allies for 2 turns. Fills the energy of the team's turn by 30 %

Passive effect. When health drops below 50%. Gets a 60% Defense bonus and a 15% regeneration bonus on 3 turns. Total resistance [fear] and [true fear].

Aura increases the speed of allies in all battles by 30.

Ominous aura around the sword.

Ominous aura around the hero.

The iris of the eye, bright Red.

Dear developers, please create this hero for me in the collection, I really want my own hero in the game Raid shadow legends.

A1 Bask In The Shimmer. Attack once and transfer a debuff from this champ to an enemy. Attack twice if the enemy has more than 5 debuffs Attacks a Third time if it has 8 or more. If this attack cant place a debuff increase an a Mount of. Debuffs for an ammount of turna equal to the number of Attacks performed. Máx 3 debuffs increaseed 3 turns.

A3 Words of luminosity.

Places a 15% continuos heal and a 15% reflect. Damage on all allies for 3 turns. This reflect. Damage reflects all damage directed at allies even under shield block damage or. Inmortal.

Whenever a debuff is placed on an ally has a 50% chance to transfer it to this champ. Works once per ability cant transfer more than 1 if 3 debuffs are placed on dame ally.

Whenever a champion takes damage or debuffs itself heal it for 20% its missing health and takes a random debuff from them. Increase their resistance by 10 stacks 5 times in a same fight. Might work with her own passive, see balance team.

If unable to take a debuff with this ability counterattacks with A1. Works when She has 10 debuffs every time A4 activates

It. Can combo with her A1 to autoattsck every turn every time a champion is debuffed and She tríes to take the debuff and cant cose She has 10.

[email protected]   is my mail related to my account.

I'm posting a second time here because I'm not sure if I did it correctly the first time but it's the same entry and I'm the same person. This is for the art contest right? 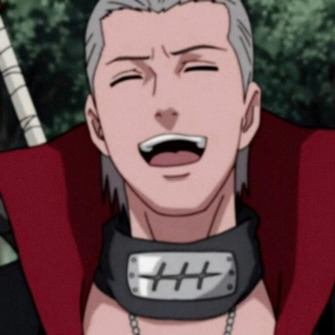 2 - Fireballs in Hands ( the palm of the hand should be colored with "hot color", due to the proximity of the fireball and the character having fire characteristics )

3- Two last images - Represents the Champion costume ( I didn’t highlight the champion’s face and hands together because I don’t have drawing material for miniatures ).

Thank you for this opportunity given to all players ... I loved it !

Default attack skill, "Plunder": attacks one enemy 3 times, steals one buff, and each hit has a 20% chance of stealing an extra buff.

Passive skill, Swashbuckler: when this champion receives a decrease defense debuff, this champion will reflect it back to the attacker, and will increase this champion's turn meter by 50%.

Concept by: The Great Fox.