I have been playing this game since last March. Spend around £300. There been good times and bad times, everyone has them I got it. I just  have been banned for 6 months for some "refund abuse" on friday. That's so way too harsh after spending so much money and time into this game. All I was able to get refunded is £26. Reason for my refunds have been changes that came with new patch and still believe this is only part of resources that I have invested into champs that been basically nerfed with last patch.

6 months, that's basically killing my account. Who would come back after such long time. I wrote to support, but as I read here on forum I only got automated replies. 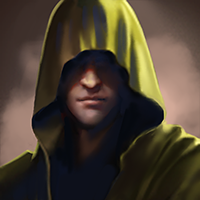 Pls open a ticket to our support or use this email [email protected].

Pls open a ticket to our support or use this email [email protected].

Thanks Sezzy, but that was first think I tried. All I got was automatic reply and nobody has get back to me.

Could you help me .