For example  Brakus the Shifter have the best arena skills (revive+attack+buff) or Candraphon have best  damage on the first skill.

Little Miss Annie this is a hero who can't become the best anywhere.

Please support me those who have this hero.

I want the administration to see the problem of this hero and will be a rebalancing of his skills.

So that we can play this hero in the arena or in the dungeons with pleasure. 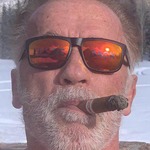 as you described she is very conditional and requires a lot of setup to run effectively, but when she's got those, she's a monster, literally.

im going to list some positives of this champion and hopefully it'll give annie players some inspiration,

very high base atk at ''1597'' and generally very high spd/cdmg base stats, as well as a lot of tm gain in passive skills

a passive which allows her to auto hit her ''killer'' upon revive, you can push this heavily and build her around revivers such as raglin with a very short revive cooldown, and/or arin (void epic SO)

her a3 is insane when the condition is fulfilled

''Will repeat attack a second time if the target has both higher DEF and higher MAX HP than this Champion. ''

lemmi know if i missed anything,

i know this post is very old, so perhaps you have found many different uses for her since,