Downgraded in rank by Capt. Anne O'Malley while on holidays 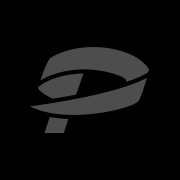 Downgraded in rank by Capt. Anne O'Malley while on holidays

SOS On holidays for 3 weeks on the seven seas , i did warned all members of my Brotherhood, capt. Anne O'Malley did downgraded my rank of Brotherhood Leader  to Adviser, how can i get back my rank if the 'new' Brotherhood leader don 't want to do it? 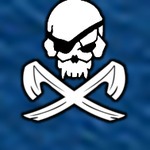 This demotion happens automatically when the leader becomes inactive. This has been introduced almost two years ago and properly announced in the forum and in the game. When a leader knows that they will be away for more than 2 weeks, it is best that they promote a person they trust to their position. Also, all of the advisers should be trustworthy persons, and not just for cases like the one you describe, but because they have almost leader-like powers withing the BH.

I asked if they can help you here. Sadly, because this is a normal part of the game play that was introduced and announced a long time ago, Plarium will not interfere. It is up to the players to sort out their relationships within the well known game's mechanics.

Personally, I'd suggest you talk to other advisers in your BH and see if they can and are willing to help. If you have high loyalty among your members, starting a new BH is an option. It's a hard and annoying one, especially if it's a big BH with Presidios and/or a high level Bastion, so it's a desperate measure, but it is definitely a possibility that can maybe used as a leverage to convince the appointed leader to give his position up. Hopefully, he is not too stubborn if the majority supports you. And if they don't, maybe you shouldn't push for it then.

I repeat, this is just my personal view. The official info from Plarium is what I wrote above: they do not interfere.