Hello, pilots! Our latest update brings about a lot of really cool changes. Check them out:

This is a new feature that allows players to compete against each other for top positions on the new Leaderboards and receive rewards at the end of each ranking period. Each ranking period lasts for a week, and a new one starts as soon as the current period ends.

Players need to reach Division 10 to gain access to this feature.

To make sure the competition is as fair and balanced as possible, players are divided into smaller groups, which comprise a 100 competitors each. These groups are formed based on the players’ activity levels and their performance in the previous ranking period.

Once Leaderboards become available, Scores that you're receiving after battles will be counted to your Leaderboard ranking. Their exact value will be determined by the player’s performance. Needless to say, the better they do, the more Scores they get. Every battle in the ranking period is going to add more Scores, and at the end of the ranking period, the sum of these Scores will determine the player’s final rank. Those with the highest Score will attain the highest positions on the leaderboard.

Players that have attained positions between 1 and 8 on the Leaderboard will receive a reward. You can see your current position on the Leaderboard and the time left until the end of the ranking period in the Leaderboards menu, accessible via the icon in the top left corner of your Hangar Menu.

Important: the first ranking period will start on Friday, 1st of February.

Important: For now, this is a temporary feature. It can be modified or removed in the future, but we would love to hear your feedback on it once you’ve had time to test it.

VIP Subscriptions allow players to subscribe to the game using real money, in turn they receive the following benefits:

- Doubling the number of gained Credits in battles;

- Doubling the number of Credits in Reward Crates;

Unlike other offers available in the game, VIP Subscriptions are not a one-time purchase and will provide players with the bonuses outlined above for 7 days after activation. After this, the Subscription is deactivated automatically. For the time being, VIP Subscriptions can only be purchased once.

VIP Subscription can be purchased in the in-game Shop and is available to all players who are in Division 10 or above.

- A new “Rookie” Division has been added to the game. From now on, all new players will start in the Rookie Division where they can only AI-controlled bots. PVP battles are unlocked once they are promoted to Division 10;

- Crate Info pop-up now displays the chances of getting specific Weapons, Modules, or Chassis from that Crate;

- If a team doesn’t spawn any mechs for longer than 10 seconds it will automatically lose the match;

- Russian language has been added to the game;

- Visuals for the Hangar and Battle Results have been improved

- Minor animations and pop-ups have been added;

- Using “Back” on the Android toolbar now brings you back to the previous game menu as intended; 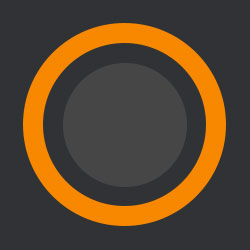 Unfortunately, I cannot find the Leaderboard :(

I have searched all the menu including the icon in the top left corner of my Hangar....

The first ranking period will start on Friday, the 1st of February. This Leaderboard will last until Monday, 4th February 12 pm UTC.

And after that period the Leaderboard would last seven days every time.