Update! Unravel the secret of greatness 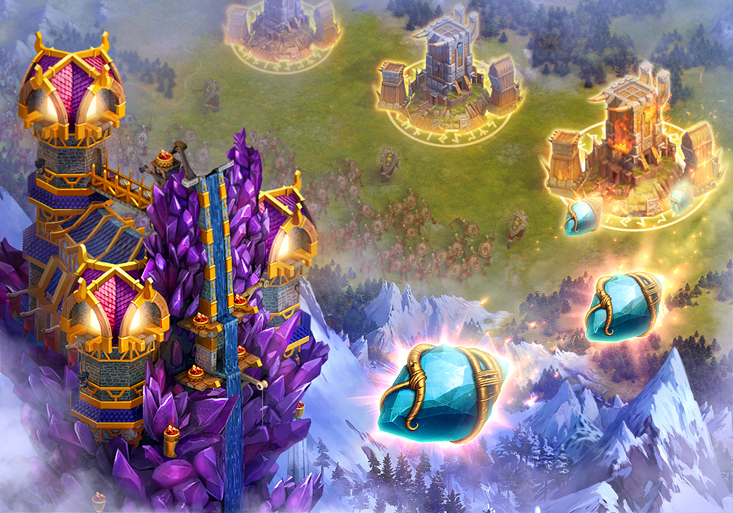 Every decent Viking dreams of being the Konung, for the greatest goal, is to unveil the mysteries of warfare and conquer the northern lands!

Secret Knowledge in the Oracle

You can improve your warriors' military stats by learning secret Knowledge in the Oracle. Three new categories will become available at level 31 of the building. Use Soul Shards to improve your army's stats during an attack, during defense, and during battles for Fortresses.

Battles for Towers of Fury

The holidays are not far off, and so it's time to get into the festive spirit. The Vikings' Towns have received a dusting of snow, and the new North Gard Town Skin has appeared in the Palace. You can get it by training a certain number of warriors. A special event is waiting for you as well, so prepare for pleasant surprises!

There is a new "Invite only" Clan type. Only Vikings invited by the Chief or an Elder can join a Clan of this type. In addition, only Jarls with Palace at level 15 or above can write messages on another Clan's wall.

Vikings, arm yourselves with new Knowledge and get ready to conquer the North!