Scouts: the eyes and ears of war 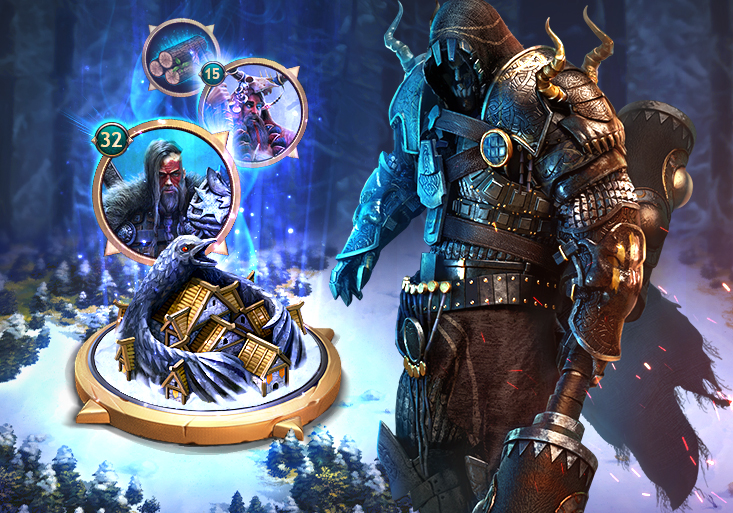 Wanted to burn another player's Town, but someone burnt yours first? Another Onslaught failed because of a trap? Have an inkling that the enemy's reading your thoughts? It's time to do something about it!

A seasoned warlord knows that it's not reckless courage that makes a battle successful. Thoughtful calculation and smart planning will be much more beneficial. If you want to have only victories on your record, turn to your scouts. But first, read this article.

Scouts – who are they?

Many Jarls forget that there are six, not five, troop types in Vikings: War of Clans. The last of them – scouts – are special.

- These warriors can only fight warriors of their own kind. Other troop types just don't notice them.

- Resource yielding isn't their cup of tea. That's why they have zero capacity.

- You won't be able to send your scouts on an Onslaught either.

"Then what's the point of them?" you might ask.

No espionage, no win

Scouts will make your Clan's life easier and lead it to victory. Here are several ways of using them.

1. Collecting information. Espionage is scouts' work. Send them to an enemy camp and find out your foe's characteristics: the troop's composition along with the offense and defense stats. It's more than enough to plan your attack.

Remember: the espionage will succeed if your scouts overpower the enemy's. When your opponent has no scouts, a march will always end successfully. A rival gets a report only in one case: if there was a fight between your scouts.

2. Helping attackers. Information about scouts' marches is duplicated in the "Clansmen’s battles" section of the Clans window. With minimal risk to yourself, you can scout out occupied resource locations and Towns with no Shields. By doing this, you'll offer a wide choice of targets for your clansmen on the attack.

3. Getting points in Competitions. Fights between scouts are no different from clashes between other troop types. Destroy your foe's scouts and get points in the corresponding Competition! If your victims turn out to be warriors from other Kingdoms, then your trophy collection will also be enlarged with Soul Shards. Some Vikings do well by hunting "dead" Towns. They might have no regular warriors left in them, but quite often, you can find some scouts there. Attack them in the name of Odin!

How to become a scout

There is a standard development strategy for scouts. Don't disperse resources in several directions and move toward one specific goal. Knowledge suitable for this warrior type is in a separate branch – Espionage. Please note: to unlock tier I–V scouts, you don't need to learn Military Knowledge in the Oracle at the same time. Freyja's Priestess and the Shadow can be unlocked in the Tier VI Troops and Tier VII Troops branches, respectively. However, bonuses from some of the Knowledge in the Military category, for example, Troop Health I, affect scouts as well.

One of the Shamans – Wendla-of-Shadow – is the patroness of scouts. Upgrade her level and enhance your superiority on the battlefield. You'll get even more bonuses by crafting suitable Hero's and Shaman's equipment like Brodir's Helmet and the Owl Pendant in your Forge. You can also significantly improve your scouts' offense and defense stats if you upgrade corresponding branches in the Valkyries' Citadel. Finally, the Aesir will give scouts their blessing as well. Enhance Vidar and win the allegiance of the gods of Asgard.

You will find additional information on our forum. In the official Vikings: War of Clans Facebook community, you can discuss the game strategy for scouts with other Jarls or ask a question.