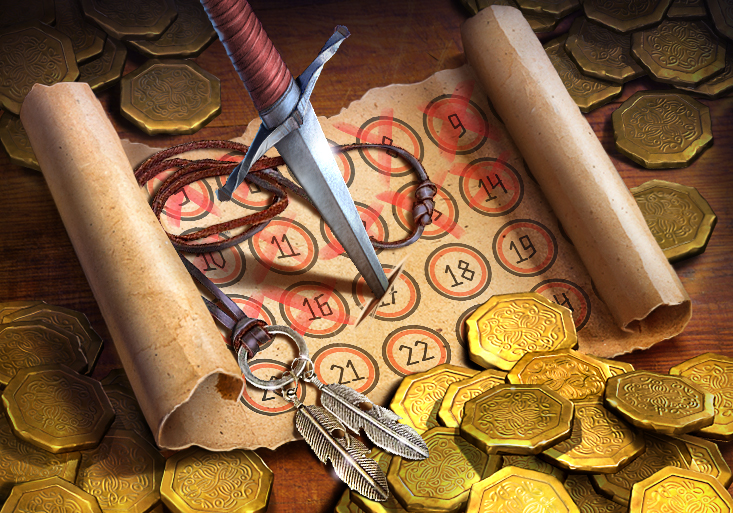 In Vikings: War of Clans, not only can you fight other Jarls, but you can also complete special tasks called Quests. You will get valuable rewards for doing this.

Quests require you to perform various actions – constructing buildings, training warriors, attacking enemy Towns, etc. To view the Quests list, hit the button in the left part of the screen on the Town map.

There are the following Quest types:

2. Daily, weekly, and monthly. These are additional lists of tasks that are generated every 24 hours, 7 days, or 30 days, respectively. The longer the Quests chain lasts, the bigger the reward you can get.

How to complete Quests

With standard Quests, it's simple: select the one you like from the list (for example, "Train 10 Mercenaries"), hit "Start", and follow the pointers that appear on the screen. When you complete the task, go back to the Quests window and claim your reward.

It's different for daily, weekly, and monthly Quests. By completing these tasks, you will receive special points, and later, after collecting a certain number of points, you will be able to open the Coffer containing a reward. Every subsequent Coffer requires more points than the previous one, but the reward also becomes more valuable.

Don't forget: the list of daily, weekly, and monthly Quests is reset every 24 hours, 7 days, or 30 days, respectively. The remaining time is displayed on the timer in the upper part of the tabs.

You can never have too many rewards

If you have any questions regarding Vikings: War of Clans, feel free to write on our forum or in our official community on FB.