The Resource Rush is On

A grand new tournament has been announced and begun all across the realm. It is a competition that is steeped in rivalries and violence, which is especially shocking given the fact that at first glance this tournament appears to be completely non-violent.

The "Resource Rush" is here, and Jarls all over the realm have begun feverishly gathering as many coveted resources that they can possibly get their hands on. 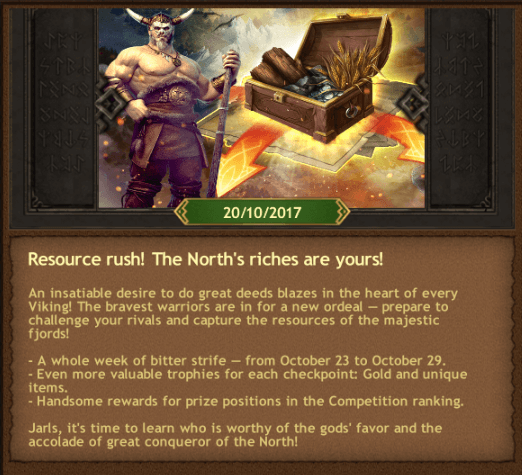 This seven-day tournament, issued by Odin himself, has pitted man against man in a cruel and mischievous manner. Points are gained in this tournament by taking and seizing control of various resources tiles across the map.

Points are awarded to those who are most efficient at acquiring these resources and who are the most willing to take up the monumental task of gathering vast amounts of these desired resources. One point is rewarded for gathering food, lumber, iron and stone, while silver rewards double the amount of points—no surprise, given the extreme value of this resource and how highly it is sought after across all the land.

At first glance one would not think that this event would lead to bloodshed—yet it has, and in a massive way, for clan-vs-clan competitions have also begun. One of the best ways to score points within that event is to attack your opponents while they are unprotected and gather resources on tiles.

This huge influx of gatherers has resulted in a large increase of battles, as targets are readily available to those who wish to wreak havoc upon their unsuspecting foes.

Despite this fact, there are those across the realm who have gained large amounts of resources during this event and are thus represented at the top of their respective league charts. 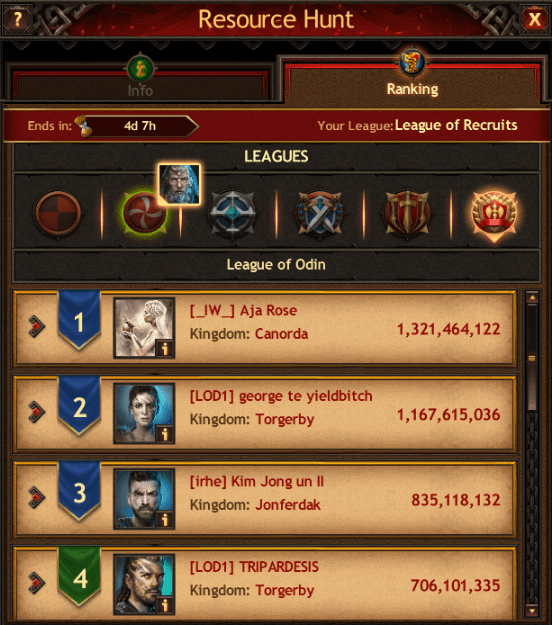 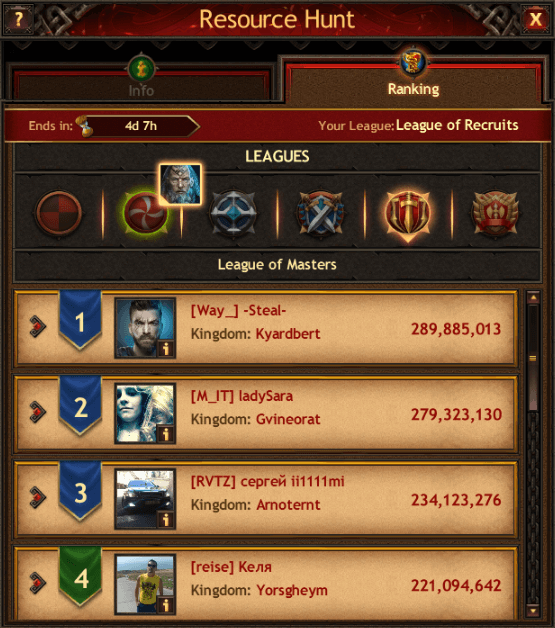 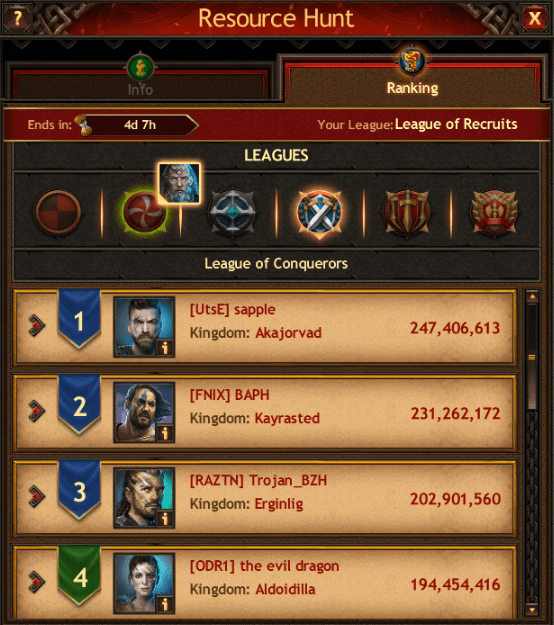 Aja Rose hailing from the Canorda Kingdom and George Te hailing from the Torgerby Kingdoms are two such Jarls that have hoarded a mind-blowing amount of riches during this event. Both have accumulated over 1 billion points in the process, a staggering achievement.

Still, the competition is fierce and with four long days remaining, this special event is still up for grabs. Hard work, determination and a sharp blade is what will determine the winners. We shall see who has what it takes to go the distance and carve their names into the history books for all time.