Kingdom after Kingdom continue to rise, leading to a mass migration of men at arms to these new lands, as they seek their rightful glory and place in the history books of mankind. The realm continues to grow and prosper; but in the old lands not all is well.

Some of the older Kingdoms have found themselves at a loss: the young have moved on in many regards and death tolls have claimed many others who remained behind, defending their borders and their sacred lands from would be invaders.

This has led to many calls for the merging of Kingdoms, something the great lords have yet to decide upon.

For the time being, this means that clans have taken to the public forums, a central location within the realm, where couriers are sent with dire warnings, messages, and calls to arms. This is where you will find numerous clans seeking out new talent and warriors, hoping that new faces will replace their fallen brothers and sisters. 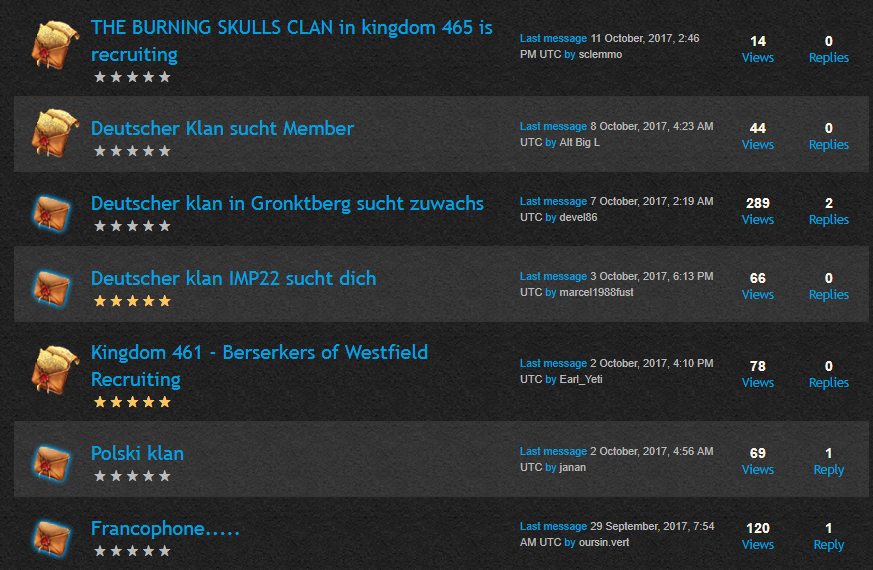 As can be seen on the forums, there is a constant demand for new troops. This should come as no surprise, as the realm is constantly at war with one another. Bloodshed has resulted in a drop in population in the more mature kingdoms, despite them growing overall in strength, due to their age and mass accumulation of troops and technologies.

As can be seen, clans of all walks and talks have posted their call to arms. German, French and English clans, such as the Berserkers and Burning Skulls, are just a few that can be seen as of recently hoping to bolster their ranks. 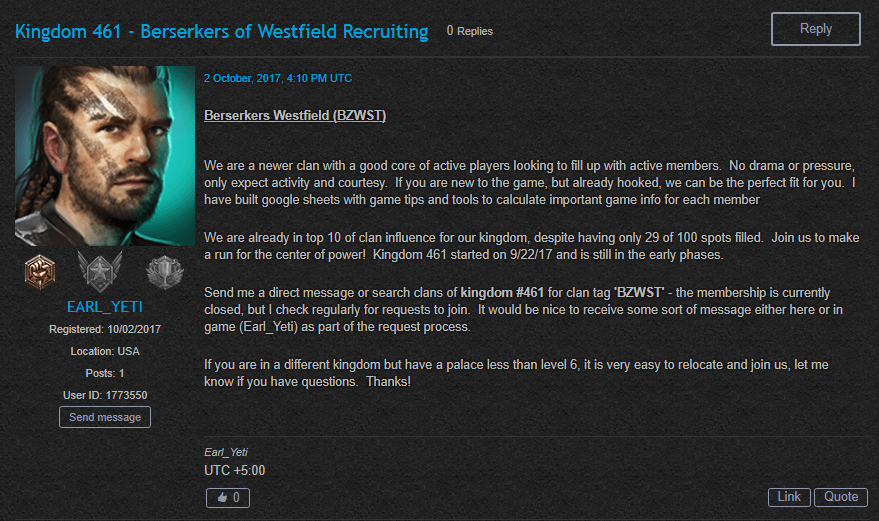 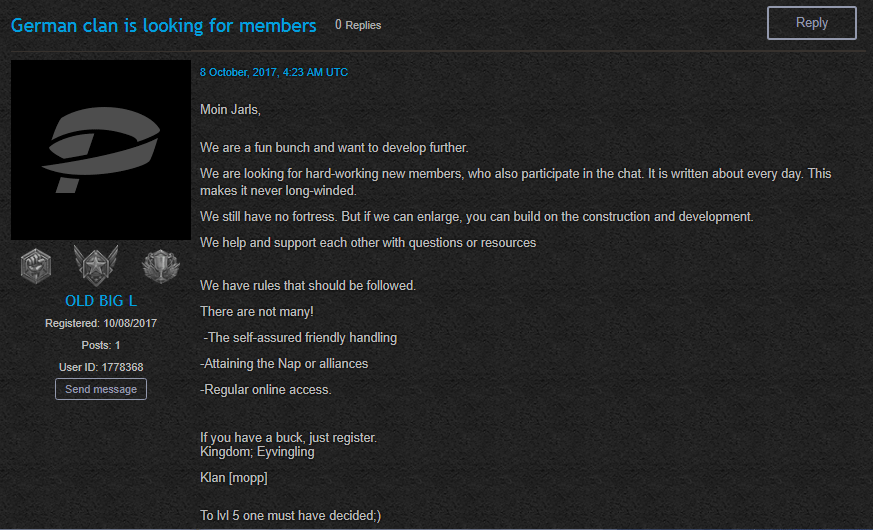 Only those that sell themselves as the most desirable location for new forces will attract the best talent. Clans that are rich in resources and strength of arms will always find that they can find more and more Jarls to replace those that have fallen. Clans that are struggling to maintain the grip they have on their lands will have much more difficulty.

It is a both a joyous and vicious cycle and one that has to be partaken in, whether you like it or not. For the lands are harsh and unforgiving, but also filled with many wonders if you just know where to look.