For Every Winner, There is a Loser

Within the lands of Ubeveberg, the Chronicles have taken root and there we followed a number of the most prominent clans within the lands—lands that consist of mighty and brave Jarls who have proven themselves time and time again in the face of extreme adversity.

One clan that the Chronicle has followed closely is the Rage of Dutch clan. Created on the first day of the Kingdom’s founding, they have grown, battled, and been victorious—and as of recently, they have been defeated time and time again.

Sadly, this arc of progression is experienced by many clans across the realm. For every winner, there must be a loser. War is constant in these lands and with it comes great riches to the victor and horrible suffering to those clans that find themselves ground down by the relentless waves of time.

The Rage of Dutch started off their existence experiencing win after win, riding out and defending their homelands honorably. But as of recently, they have lost event after event, which has begun to wear on their morale and weaken their men-at-arms, and losses are growing hard to replace.

But, as we mentioned previously, for every loser, there is a winner. The Kings United, a fast-growing and powerful clan within the lands of Ubeveberg, have been heavily recruiting and bolstering their numbers. This has allowed them to protect their homelands and win a large number of victories in the process.

Sensing the opportunity, the Kings United took to The Rage of Dutch's clan wall, recruiting their members and offering them a new, prosperous home, one where they would be able to protect themselves and their towns. 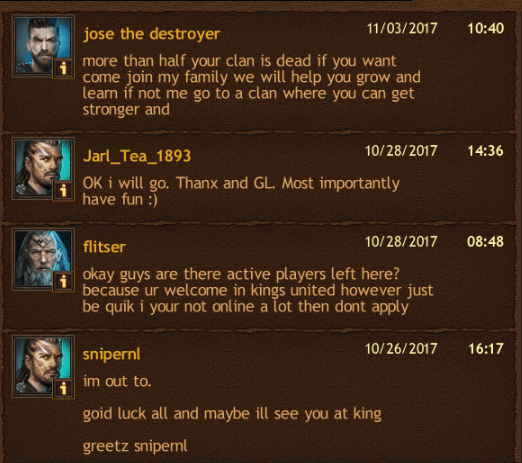 In addition to this public posting, they also began to privately message any active member of the Rage of Dutch clan, offering them a new home. Many, as can be seen above, were more than happy to make this transition and packed up their belongings, heading to what they believe will be "greener pastures." 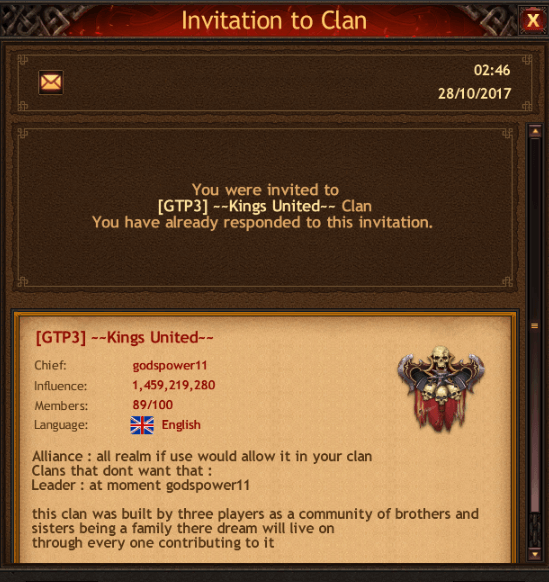 The number of members drastically increased within the King United clan, as this campaign proved to be a stellar success. This very success further increased their odds of attracting fresh warriors to their banner.

A few have attempted to keep the Rage of Dutch together, but as could be seen from the rapid Chieftain leadership changes, turmoil is unfolding and it only a matter of time before the vast majority of their members transition to the Kings United, or another clan of their choosing. 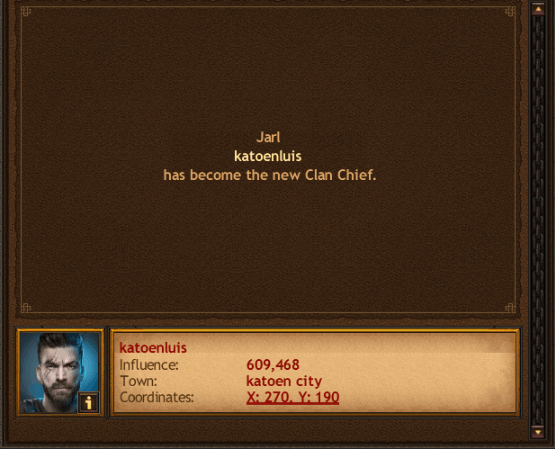 For some, these are dark days, for others, they are filled with hope and joy, as the future looks bright in their new home. For some, this is a win, for others a loss. This is the nature of the realm we live in, as it always has been and always will be, until the end of time.