Scattered But Not Destroyed

The brave Jarls of Ubeveberg have won victory after victory. They have earned their honor and have crushed all enemies who have dared oppose them and attempted to invade their lands. They have sallied forth into neighboring Kingdoms and laid waste to those they wish. But now, the tide is turning.

Ubeveberg prepared for their most recent global event like any other: by training and refreshing their warriors, getting them ready for the war that lay just over the horizon. 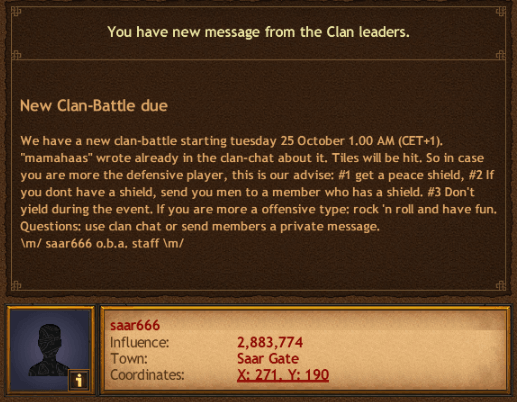 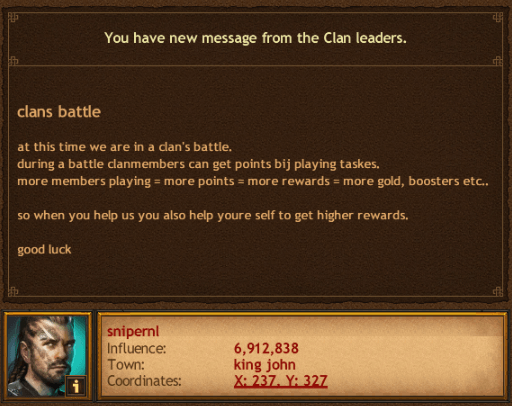 The Rage of Dutch sharpened their blades and did the best they could to forewarn their soldiers at arms. They knew a storm was coming and if the past was any indication of what was coming, they believed they were prepared.

They sadly were mistaken. The foe they faced was incredibly few in number, but massively powerful in influence. The three horseman known as the Fey were coming.

The Clan they faced was intentionally small, a tactic that we are seeing more and more these days from more experienced Clans that have partaken in large numbers of battles. This Clan was experienced and battle-hardened; they knew that they could strike quickly against the untrained masses of Ubeveberg and score massive points in the process.

This is exactly what they did. Despite their tiny numbers, which made it more difficult to achieve points in the resource-gathering department, the lack of targets they presented to the Rage of Dutch Clan began to give them the advantage, slowly, but surely. 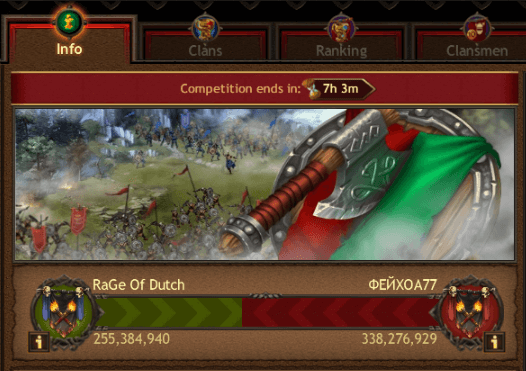 As the challenge began to come to a close, the Rage of Dutch made a valiant and noble push to claim as many points as they could in the final hours, but sadly, it was not enough and the Fey simply could not be bested. The day was lost and the Rage of Dutch tasted the bitterness of defeat for the first time ever.

Still, despite their loses, many of their members were honored, whether they fell in battle, or carried on to fight another day. Some of their best were represented high on the charts. 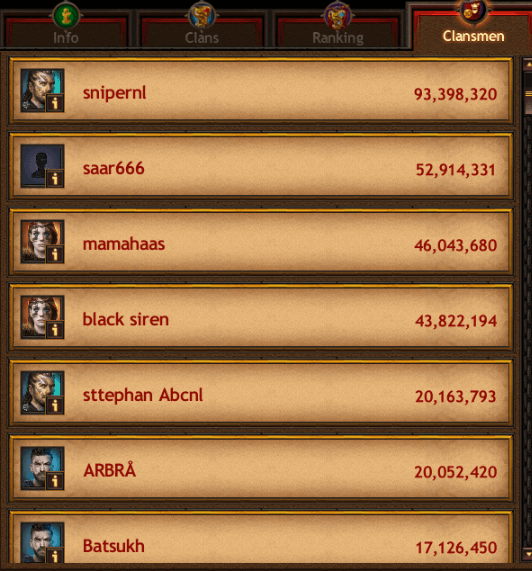 Snipernl, Saar, Mamahaas and Black Siren are just a few of the Jarls who did their clan proud and pulled more than their fair share of their weight.

The Rage of Dutch move on and pick up their scattered pieces. They will not let this defeat destroy their realm or their clan. They push on, learning from this experience, and are eager for the next battle, which as always lies just over the horizon in Vikings: War of Clans.