Warriors Flock to the Mightiest of Banners

Within the realm, most Kingdoms are constantly competing for fresh talent and new blood, as the vicious cycle of warfare and attrition slowly wear down most clans and whittle down their forces.

It is for these reasons that you can visit the public forums and find letters of recruitment posted on an almost daily basis, letters looking for skilled men at arms to fill their ranks and strengthen their rosters. 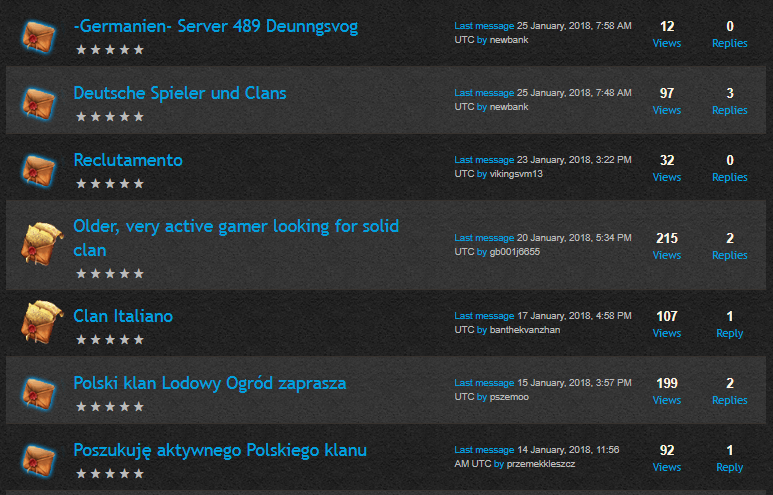 There are a few exceptions to this, as the Chronicle is now learning. A select few Kingdoms which have built up their reputations and armies have a much easier time attracting new talent, as their names alone act as their recruitment letters.

You can find few such Kingdoms that are fortunate enough to have this ability in the homelands, within the borders of the original three Kingdoms and the birthplace of all others. 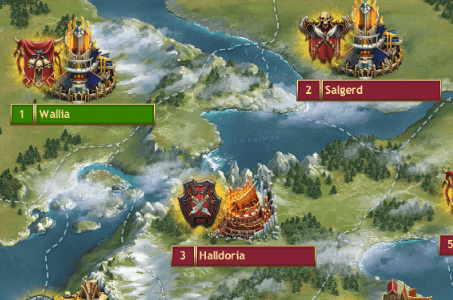 As we informed you in last week's edition of the Chronicles, we have made the long journey from the outer marches and set up a branch within the borders of the ancient Kingdom of Wallia, the very first of its kind and thus one of the richest and most powerful within all of the realm.

As we talk and converse with others who have migrated here and those that have called these lands home for an extended period, we are learning that these nations are truly exceptional and recruitment is a task that many of the strongest clans within this Kingdom need not worry about.

Applications are studied closely, with most denied on the spot. The ability to join a clan is not an option in these ancient lands, as only those who have truly proved themselves as capable warriors are allowed to take up a banner and join the ranks of the top ranking clans. 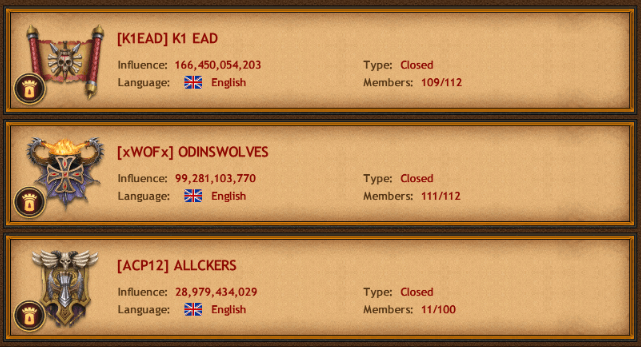 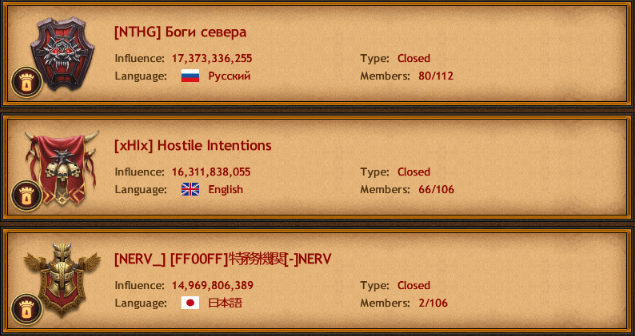 For those making the pilgrimage and hoping to find sanctuary within these lands, take note and be prepared to prove yourself.

If you think you have what it takes, then the rewards will be vast if you can make it into one of these top-ranking clans.

This is a land that is full of riches, history, and wonder, but it is also one that has built itself a reputation for consisting of an elite fighting force, a reputation they don't plan on losing anytime soon.