Uber Invaders Wash Over the Realm

Mighty Jarls! Rally around your lords, rally around your chieftains and hide your loved ones! For a dire new threat is approaching our realm and great darkness threatens our lands.

The first warning of the threat came as a major announcement. The mighty hero Ivar the Marksman warned the entirety of the realm that strange warriors known only as the "Picts" were appearing all over our kingdom, striking with precision and deadly accuracy. 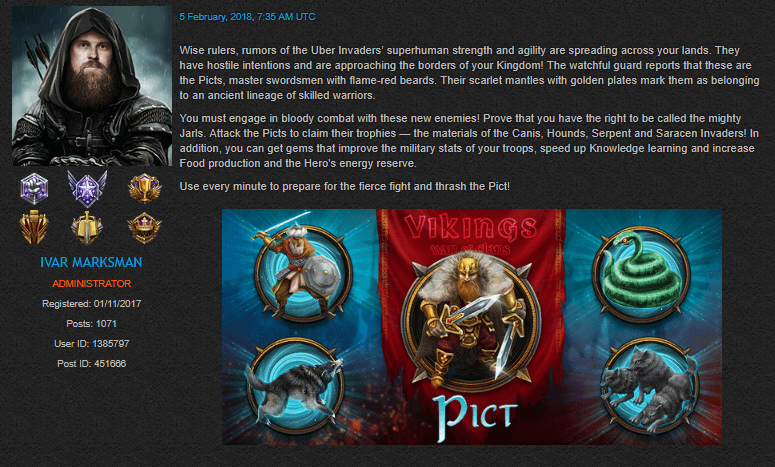 This dire news was bad enough, but what made matters even worse was a threat that was arriving by sea. The Picts’ brethren, going by the name of the "Longobards," were also landing upon our shores in vast quantities, attacking from both the North, South, East and West, forcing our defenders to spread out their forces. 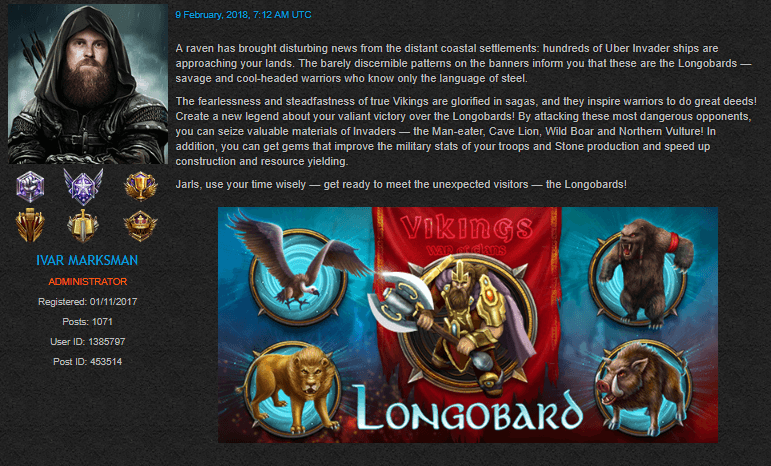 As can be seen from the depictions shown above, these Uber Invaders came heavily armed with devastating weapons, which proved deadly indeed as they were more than capable of wielding these arms with ungodly powers and slaying whole towns as they made their initial strike across our noble lands. These were no novices in the art of war, but trained veterans of destruction.

The mightiest of our clans rallied their forces and were the first to put up any major resistance to these hairy barbarians. They met in a clash of sparks as steel met steel and thousands perished.

Our warriors who have been lucky enough to return from their battles victorious have claimed that both the Picts and the Longobards bring with them strange and exotic treasures in the form of great trophies from previous conquests. These trophies are of a grisly nature, such as the Cave Lions, Wild Boars, Northern Vultures, Canis, Hounds, Saracen and gems of exceptional worth. 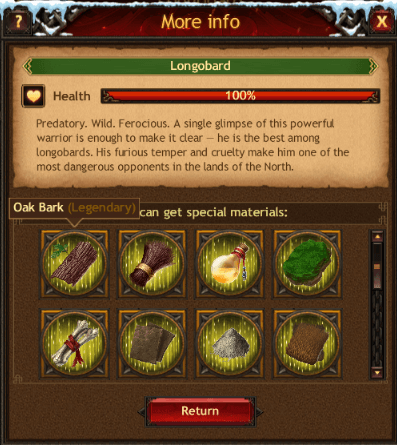 As we put pen to parchment, the battles rage on, as the Picts and the Longobards continue to penetrate further and further into our sacred and holy lands, destroying everything they lay touch to and consuming all that is good as they move their armies across our lands.

Luckily a mighty horde has formed, consisting of many of our bravest and strongest Jarls. They are calling on men and women young and old to join the host to protect the homeland.

We implore all warriors to take up their arms and answer this call. Join your clansman and march forth to face this threat! Hurry, before it consumes us all.