It would be nice to say it was all well planned...but it wasn’t.

It all began in the year 2012, when Bes Art, our former Clan Leader, founded the Clan. At that time, most players in TD were very inexperienced and the Clan itself was still in its infancy. To grow as a Clan, we needed more structure. This was, and is, of course, not as easy as it may seem. Everybody just wanted to play, by their own rules if possible. So, we all had to learn that your own Sector is not the center of the universe when you are part of a Clan. Little by little, new members joined our forces and we could compete against other Clans. Additionally, we had a dream to have a Level 5 Emitter, but it remained just a dream at first.

The Clan grew more and more and so we decided to found a sister Clan (German Elite S2), which would be a boot camp for new players.
More and more players joined. Some had the wish to hold one or more Emitters, and others wanted to play without Emitters, and thus German Elite S3 was born: a Clan not directly involved with Emitters but ready to help GES, if the need arises. The Clan structure was becoming more and more complex, and now we could capture and hold a level 5 Emitter. Filled with ambition, we took small steps to grow and develop the Clan to the point where it is today.

2013 was also the year when the idea to organize a Clan meeting came up but it did not become a reality until much later. Nevertheless, two deputies (Sven Reimer and Enrico Schmidt) met up for coffee when they happened to be in the same city and the idea for a bigger Clan meeting came up again.

More and more topics of our conversations were not related to Total Domination, and in time we became more of a big family than just a Clan. Until that year we had many battles together, we had many victories and many defeats. “Now it's time for a Clan meeting,” said our member Jörg Renner and did not let go anymore. Jörg’s persistence was a success and in 2015 GES planned a Clan meeting. After a few setbacks in the planning, the location and the date were determined and we finally did it.

Markus Buchmann, one of our Deputies, arranged the first GES Clan meeting in August 2015. He put up a beer tent in his garden in Bad Lippspringe; there were beverages and very good food. Markus also arranged for there to be Wi-Fi, so we were able to join the TD world at our Clan meeting and show the members at home live pictures from the event they were missing.

Now all was prepared, and our Clan meeting could begin. The first member came on Thursday, August 13, by plane from Munich. The second member made a journey across Germany: all the way from Stuttgart; it took him 7 hours and a couple stops but he made it.
The third member also had a long journey – about 1000 km – by plane and arrived Friday afternoon. Finally, late in the evening, our long awaited Clan Leader arrived with another member on his Ford F350 pick-up truck with a camper attached to it.

Of course all were welcomed with good German “hop tea,” also called beer. When we were done with the welcomes and greetings, we started eating and drinking, laughing, playing and discussing the game, of course, until 4 o'clock in the morning.

Finally, on Saturday afternoon the ninth and the tenth member arrived by car and motorcycle. Like Friday evening, the arriving members were welcomed with a good drink.

At the Clan meeting, we got to know each other better. Finally, it was not a written conversation or one over TeamSpeak. We sat together face to face and talked like good old friends who had not seen each other for a long time. Everybody got along with each other so well. How many TD Clans did something like that? Surely not many.

There was not a time when it was boring; on the contrary, we had so many things to talk about that we stayed up til dawn on Sunday.

And when the last laptop was shut down, the last glass was emptied and everybody had gone to sleep, we all knew we absolutely had to do this again in 2016, but with more members this time.

On Sunday morning, we thanked the Buchmann family for being such welcoming hosts, said our goodbyes and set off on our way home already thinking about our next meeting. 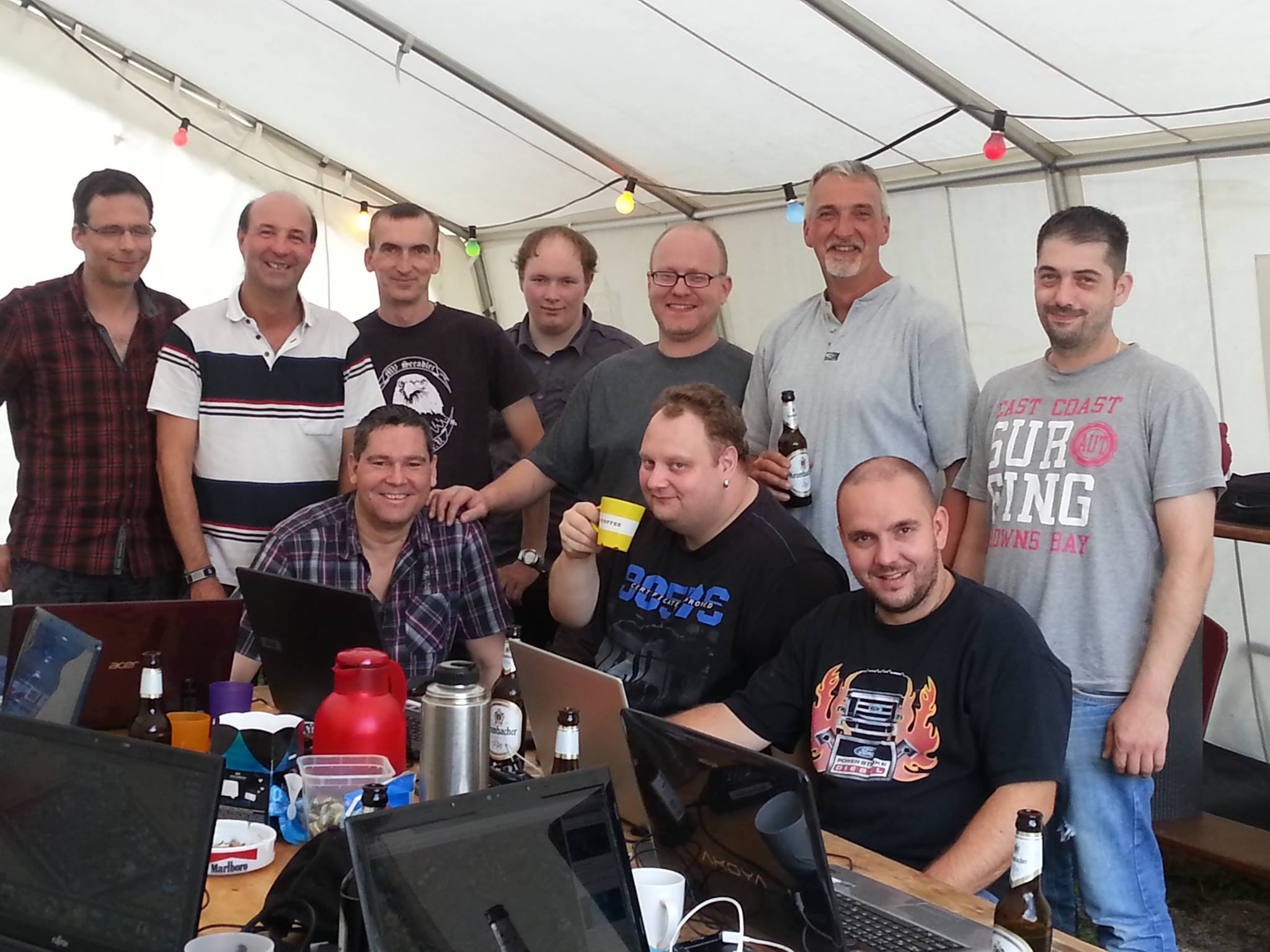