Town after town was sacked as a new threat arose: a barbarian horde from the unexplored lands of the east descended upon our Kingdoms and for a while, all hope was lost. This unstoppable horde marched on, laying waste to garrisons and dispatching those sent out to destroy them.

Their leader was known only as the Barbarian Chief and he possessed great strength and power, preferring raw brute force over tactics. His march seemed like it could never be stopped.

In his mind, he fought for his very life, as this invasion was sparked by our realms’ ceaseless advancement into what he considered "his lands" in the east. 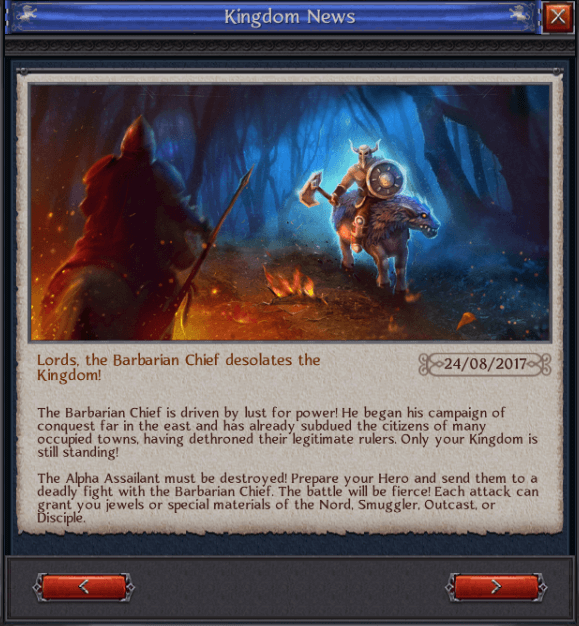 But fortunately for all of mankind and the safety of our realm, he and his hordes of minions were stopped by brave heroes and champions, who rose to the challenge and dispatched him and his forces. He was struck down from his sinister steed in spectacular one-on-one combat, by a hero that shall forever go unnamed and unknown.

Sadly, just as the realm was beginning to recover from this onslaught, a new threat has arisen and one that is much darker, and much more perverse in nature.

A champion of pure evil now lays waste to our lands. He is known only as the Possessed, and is an army of one. Covered entirely in bone, it is unknown if this warrior is man or demon. 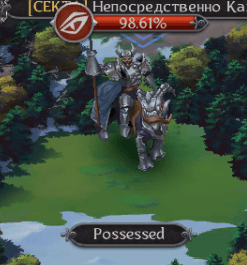 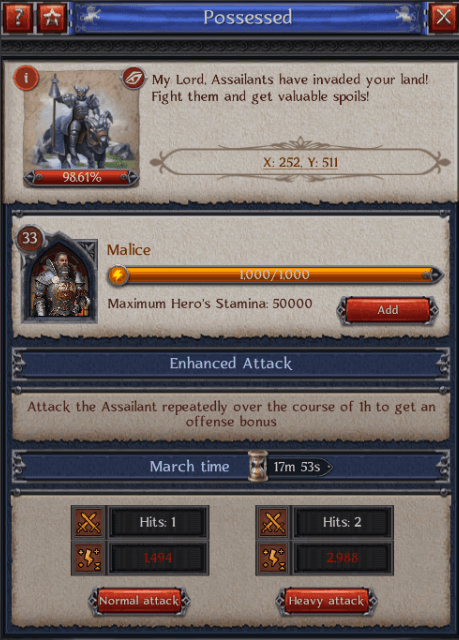 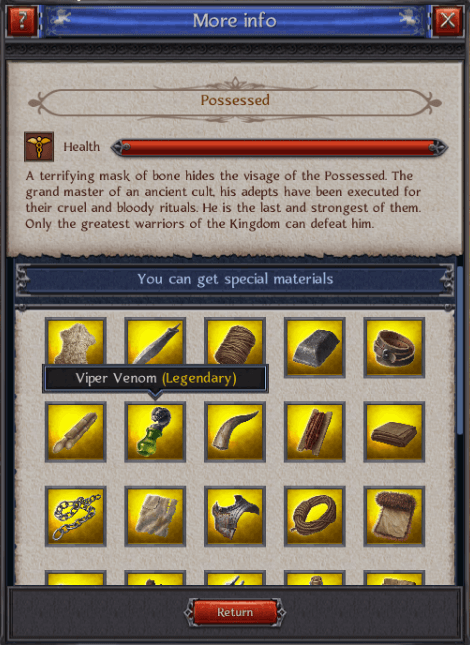 Little is known of this "Possessed," but what is known is that he is the last of his kind, the leader of an ancient cult that was purged from the land. He is hellbent on bringing death and destruction to our lands and ending everything we have fought so hard for.

If not for the weakened state of our lands, due to the recent barbarian invasion that nearly crippled us, we would be able to stop this threat, but alas, armies are still being recalled and entire towns have been decimated, weakening our defenses.

Only a brave Champion can defeat this foe, and claim the ancient riches that it holds in its possession. Riding out into the dark, heroes go out to meet this threat. Whether or not they will be successful is yet to be seen and only time will tell. For the sake of us all, let us hope they are.