The Last Hurrah of the International Fighting Force

Since the founding of Craustland, one Order has stood out amongst the rest, one Order has faced challenge time after time and remained undefeated throughout the entire process. This order is the International Fighting Force, who after winning twelve challenges in a row, vowed to keep it that way. 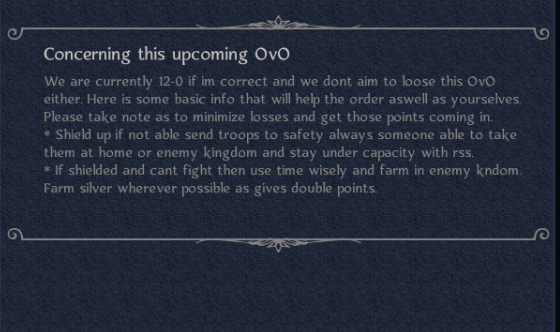 True to their word, they won their next event, after reminding their men at arms exactly what needed to be done and then following through on it. Smiting their enemies, they went on to achieve their thirteenth victory in a row. Perhaps an ominous sign, given what would lay in their future. 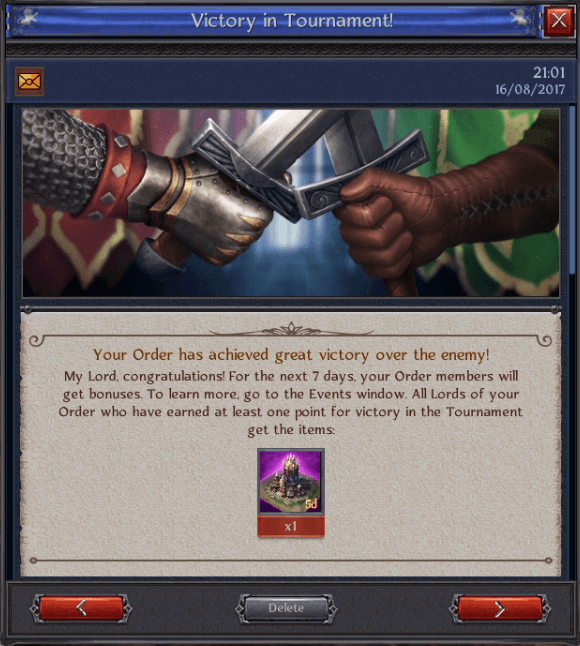 Around this time, the International Fighting Force was in direct talks with the Order of Unity, another incredibly powerful Order within the lands of Craustland. It was agreed between the two parties, that there would be a merger between these two mighty forces, and they would combine their men at arms, amplifying their power in the process.

At first, things went well and warriors from the International Fighting Force began the arduous process of migrating into the ranks of the Order of Unity. Yet this smoothness was not to last. 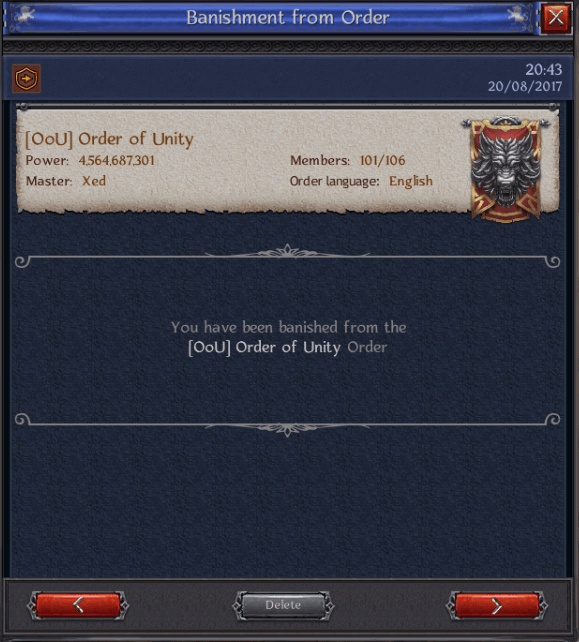 A disagreement arose, which resulted in a number of members from the International Fighting Force breaking ranks and returning to their home banners. Unfortunately, the damage was done and this once-unbeatable Order was simply unable to increase their numbers again and were thus at a great loss.

Despite this, they engaged in one last "hurrah" in which they lashed out, engaging in a back and forth battle for control of the Eternal Stronghold, the seat of power within the lands of Craustland. 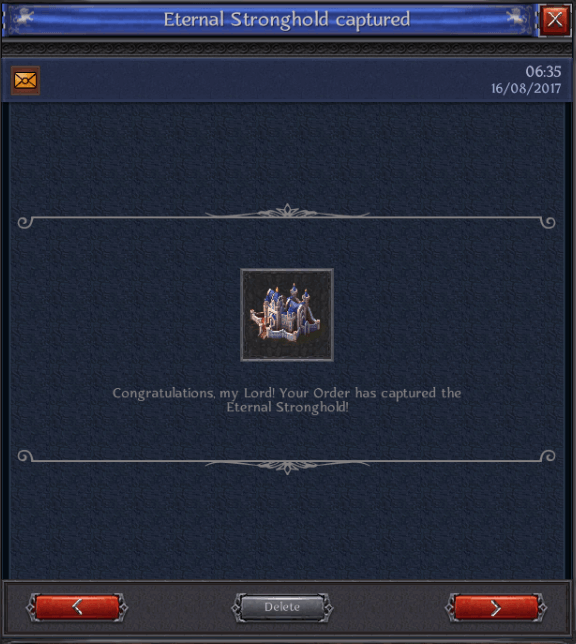 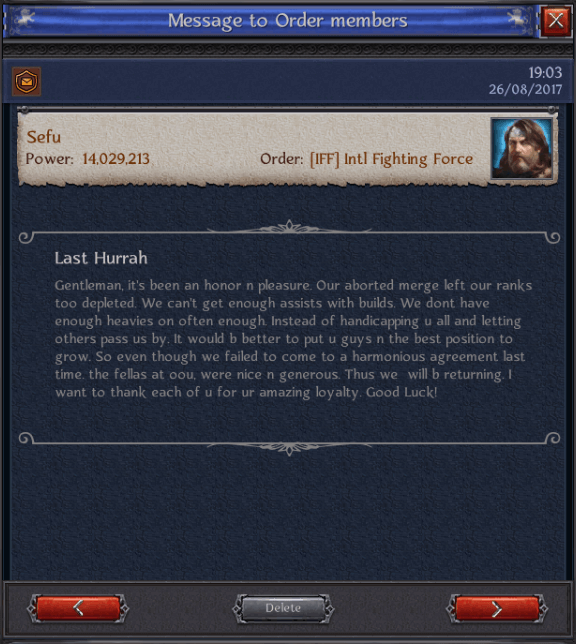 Finally, defeat was admitted, as the burden of continuing this struggle simply became too great for this noble Order to continue on. They decided, despite their difference and disagreements, to finally merge the remainder of their most dedicated warriors back into the ranks of the Order of Unity, where to this day, they remain.

Even though they ultimately conceded their demands, the fight goes on for these brave warriors, and the future for them is bright, regardless of the past. The ranks of the Order of Unity have swelled, which has pushed them into the top ranking position within the Kingdom of Craustland...a position that they may hold for many years to come. 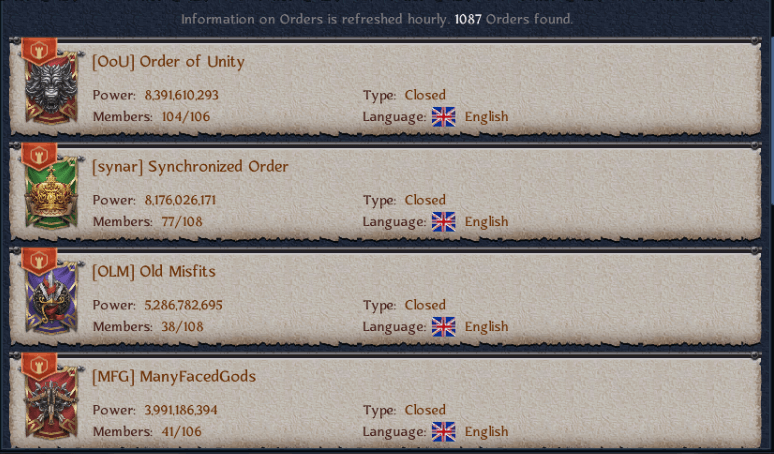