The Borders of Sautrest Are Thrown Open

The lands of Sautrest, once the youngest of our Kingdoms, has matured, grown and prospered. Although there have been many difficult times over the past month, with many lives needlessly lost in the pursuit of power, the realm has nonetheless progressed onward.

Still, their most challenging days lie ahead, and they will not be easy ones. Even now, troops are sharpening their blades and Orders are preparing their attack plans. The realm’s borders have been officially opened to attack by the lords of the land and war is coming, whether they like it or not.

All new Kingdoms are granted a one-month grace period in which they cannot be entered into any of the global events, such as the "Orders War", which pairs one Order against another one from a comparable neighboring Kingdom. These battles are often fierce, quick and bloody, although some have proven very resilient throughout our long history, adopting less violent strategies that see them through these difficult times.

Orders within Sautrest are beginning this process, training their forces and men at arms, teaching them the strategies they will adopt in the upcoming Order War, so that they are all on the same page, when the boots hit the ground and the event begins in earnest.

Preparation is often vital if you wish to stand any chance at all in these competitive events and this is exactly what Sautrest began doing, hoping beyond all hope to patch together a Non-Aggression Pact in advance of the event, encouraging their Kingdom members to not attack each other’s tiles while gathering resources and hoping that the peace would last. 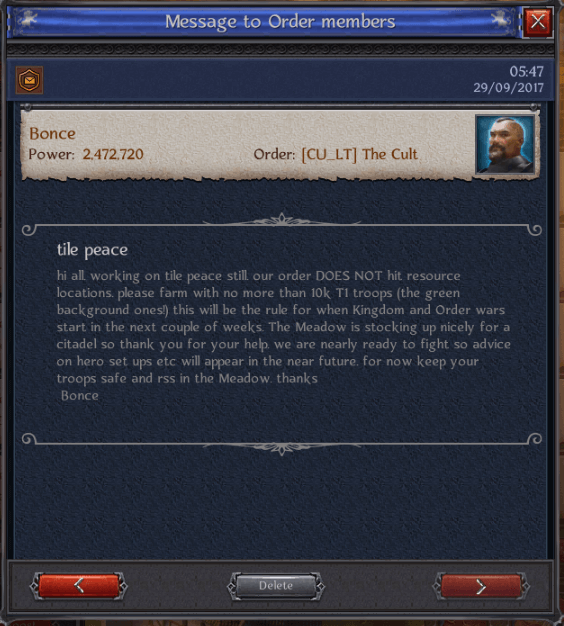 In addition to this, many Orders began to form alliances, creating intelligence networks and vowing to come to each others aid in the coming time of war. Two Orders that did just this were the Cult and the UEF family. 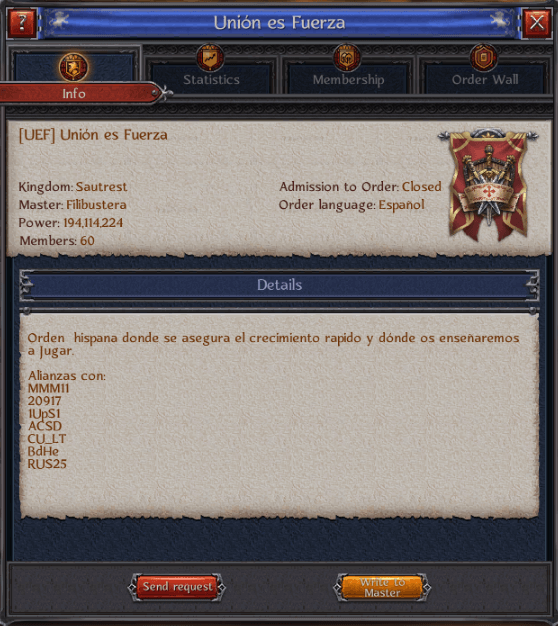 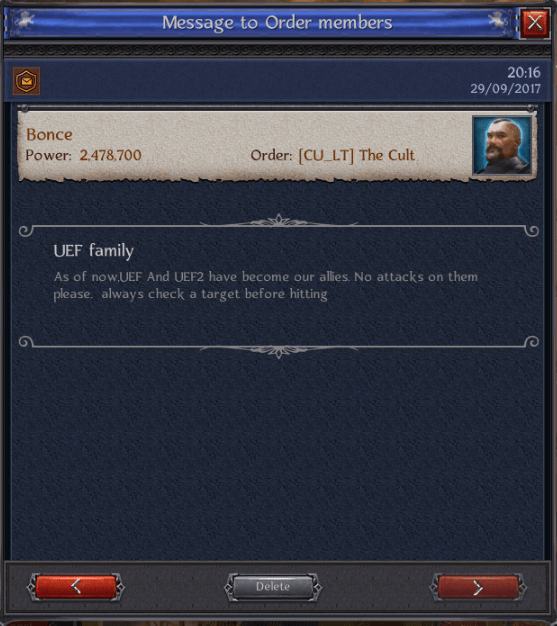 Now everyone waits, holding their breath and doing whatever they can in preparation of the event. Vigorous training goes on around the clock as troops watch the countdown time and anticipate the coming sound of steel ringing on steel that is surely to follow once that time reaches zero. 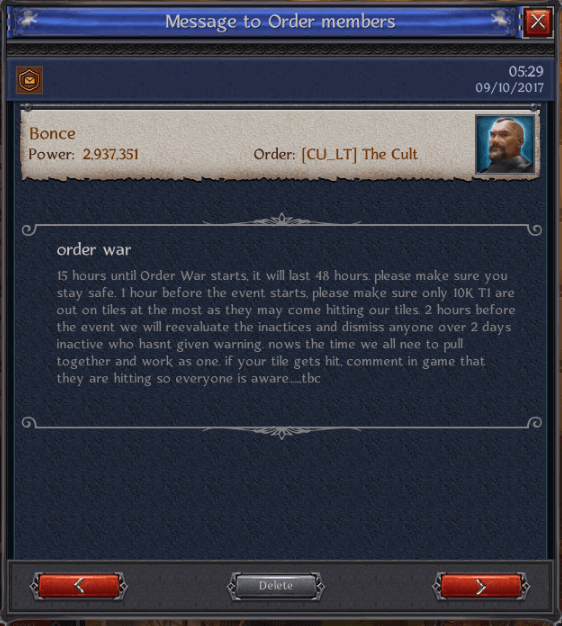 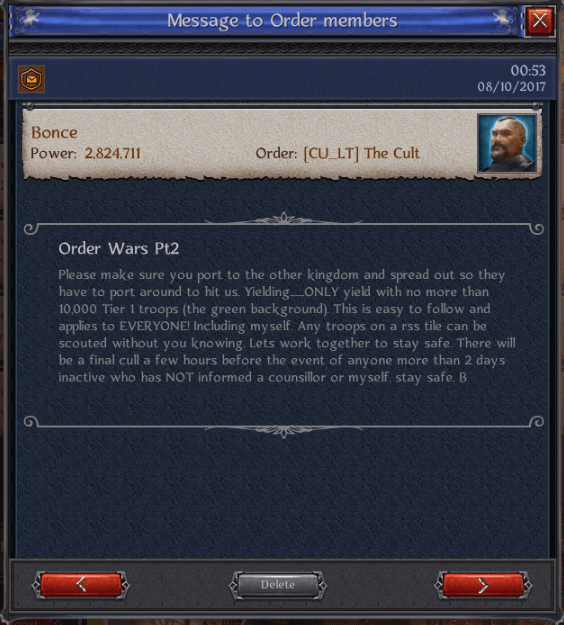 As the Chronicle has seen many times before, sometimes the anticipation is the worst part, making many brave men descend into madness as their own thoughts consume them.