A Message in the Dead of the Night

Baffled and confused, the Lords of the land could only wonder what this cryptic message meant, received in the dark of the night: "Prepare the inquisitors for battle immediately."

They may have been confused; they may have wondered what exactly was unfolding, but regardless of their reasoning, they acted swiftly and immediately.

They knew from the message that the days were short, and thus their need for rapid preparation was of the essence. One does not simply receive a message such as this and ignore it. 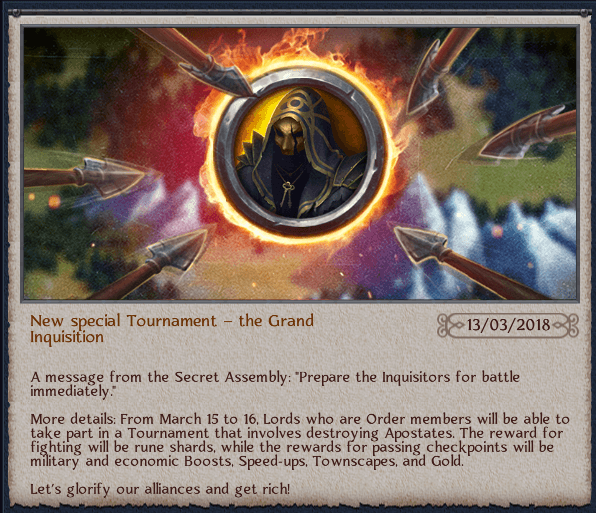 Gathering a select few, the Inquisitors, they shared the message and made haste to prepare for the coming bloodshed that was sure to follow. Their people and their lands depended on their stout dedication to the task at hand and as the time came, they understood just why the warning was so dire. 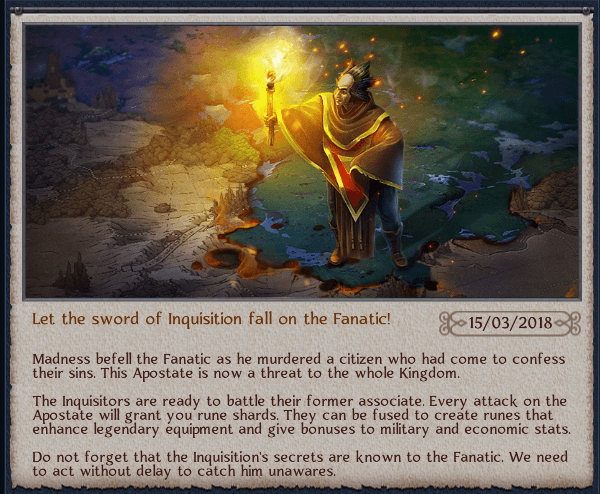 Some of their own most trusted loyal brothers and sisters had turned on humanity—their minds wracked and broken, they could scarcely still be called human.

They had descended into madness and a private tournament for the Inquisitors was embarked upon. This contest awarded vast wealth in the form of rune shards, that could be used to craft legendary artifacts of significant might and power. 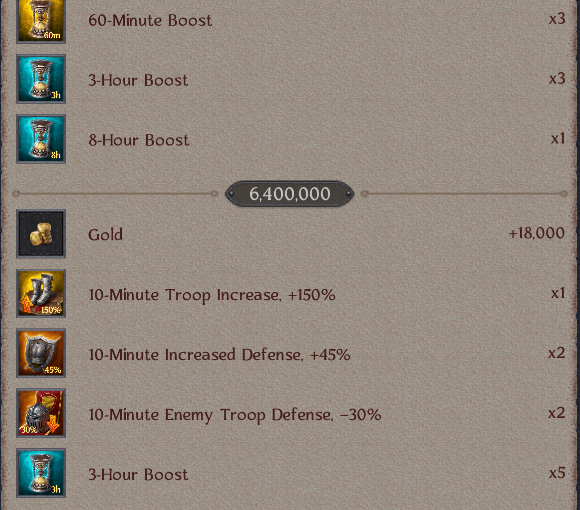 In addition to these rune shards, those who competed honorably and scored significant points within the challenge were also rewarded vast quantities of gold and boosts to aid them in their efforts. More and more riches were unlocked as they moved through the tiers. 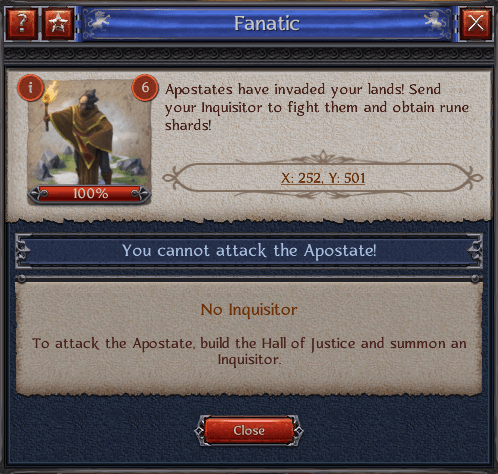 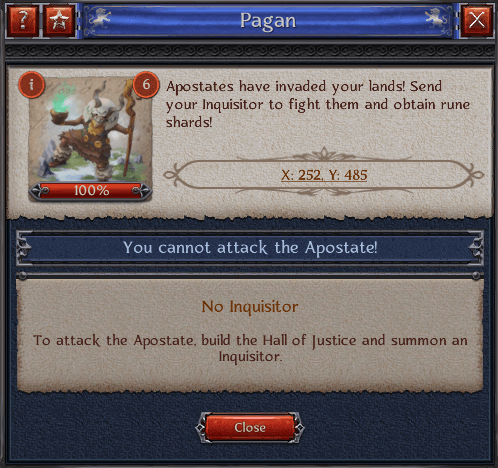 Still, the challenge would not be an easy one. Joining the ranks of the Fanatic was the Pagan, another Apostate who rose forth and showed his sinister presence, emboldened by the rise of the Fanatic.

The Inquisitors as we speak are still hard at work, battling these Apostates and attempting to root out their madness all across the realm. To them, we wish them luck and may the gods favor their swords.