Peace Comes to Craustland, At Least For Now

The land of Craustland have been thrown into its first, major global event. The kingdom has grown from its infancy and now it must prove to the rest of the realms that they are a force to be reckoned with.

Doing the mature and correct thing, the major orders of Craustland signed a "nonaggression pact" for the duration of the event, meaning that they would not attack each other, but only the other opposing order that they happen to be paired up against.

The ability to enact such a NAP during this event showcases just how far this kingdom has come, in such a short period of time.

Most kingdoms struggle to maintain peace and ultimately end up descending into chaos. This is not to say that Craustland one day won't follow that path, but for now, the future looks promising.

Upon the commencement of the event, orders were selected and assigned against opposing orders in a contest of strength, arms and strategy. Points could be acquired in numerous ways, some of which required brute force, while others could be obtained from much more peaceful ways. 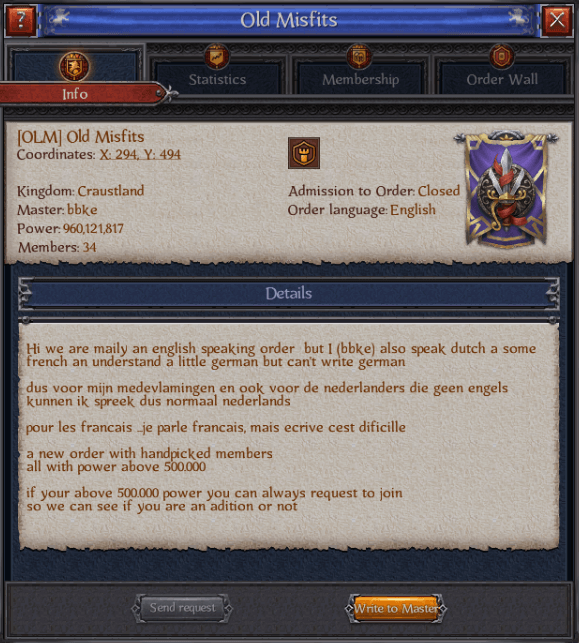 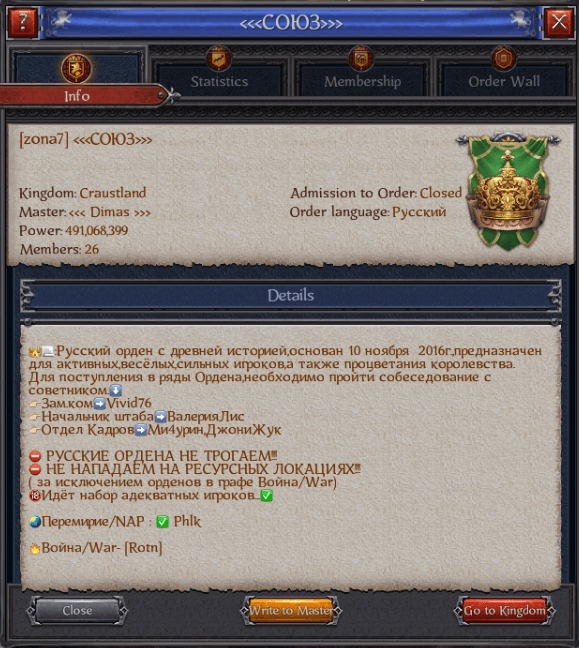 Two such orders that were matched up against each other were the Old Misfits and the Zona orders. These equally paired opponents immediately began assigning tasks for their members to complete, each hoping to gain the edge over the other.

As the event progressed, it became clear that the Zona order was no match for the strategy that was being deployed by the Old Misfits and they were quickly left in the dust, desperately attempting to make up any ground that they could, to little avail.

In addition to this battle, many other orders waged war against one enough, clashing swords and exchanging blows as the gods above looked down and laughed at the carnage they watched unfold on the battlefield. 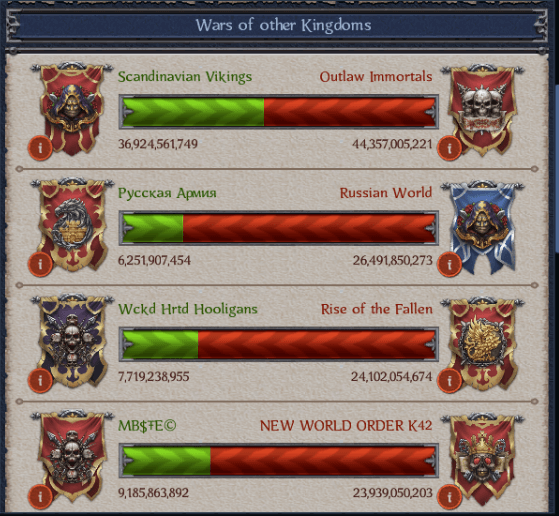 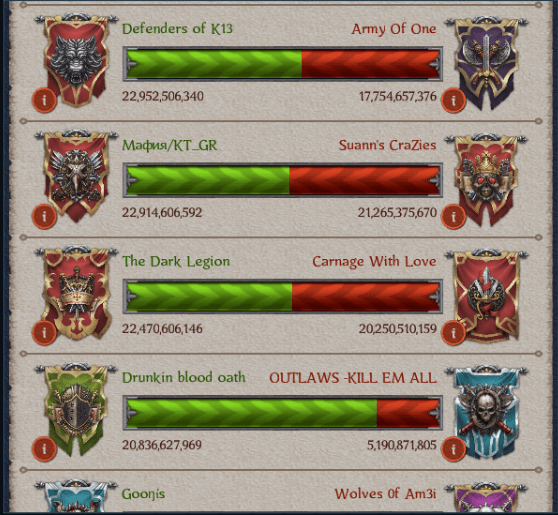 Most orders were eveningly pitted against one another, and the contest was close right up until the finish, but as can be seen above, some orders were simply no match for those that they were paired against. Of particular note, The Drunkin Blood Oath dominated their foe in spectacular fashion.

For now, the event is over and the kingdoms are expected to return to their old battles and their old wars, but this appears to not be the case at least in Craustland.

It has been decided that all noble orders of the land are to carry on with the NAP, for a much more violent and costly war is coming to the lands soon. One in which all the people of Craustland must come to together, or potentially suffer total destruction and defeat--the Kingdom vs Kingdom event is coming...