A New Age of Protection

Orders all across the realms are rushing out, gathering the materials they need and returning to their Order Holdings and their Citadel location within these borders. A new powerful building has been discovered and a great new age of protection is upon us: Rise forth the Tribunal, a place where justice will be served against those who would dare enter into the sacred lands of any other Order’s Holding.

An Order Holding is of course the borders and thus the area of influence that any particular Order holds and fights fiercely to protect, typically where their hive, or collection of member towns are located.

In the past, enemy Orders would bombard another’s lands, invading them and encroaching upon their foes resources and homelands; a battle would be fought in a fierce attempt to repel these enemy forces, sometimes with success, but other times with much disappointment.

Now, Orders big and small can use the great powers of the Tribunal, once constructed, to send enemies fleeing from their homelands via the magical forces that this new building possesses. 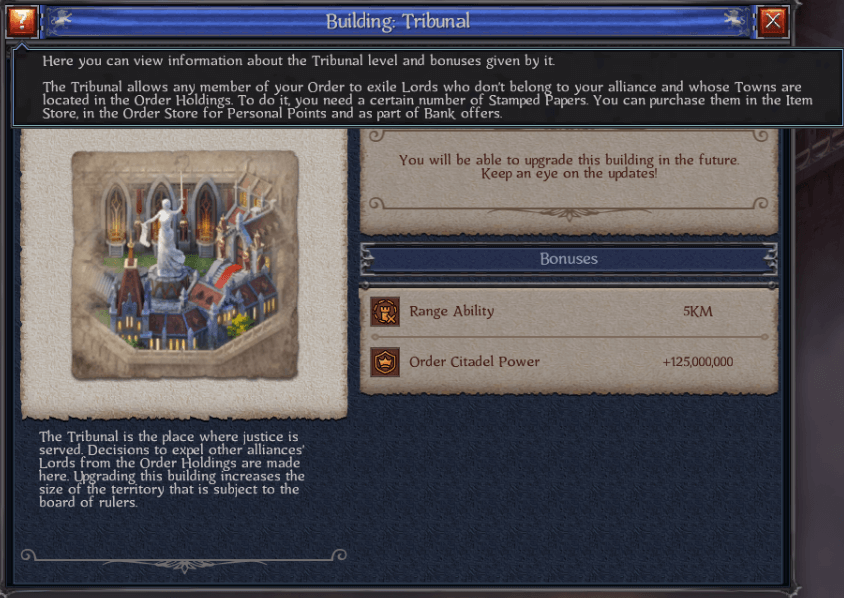 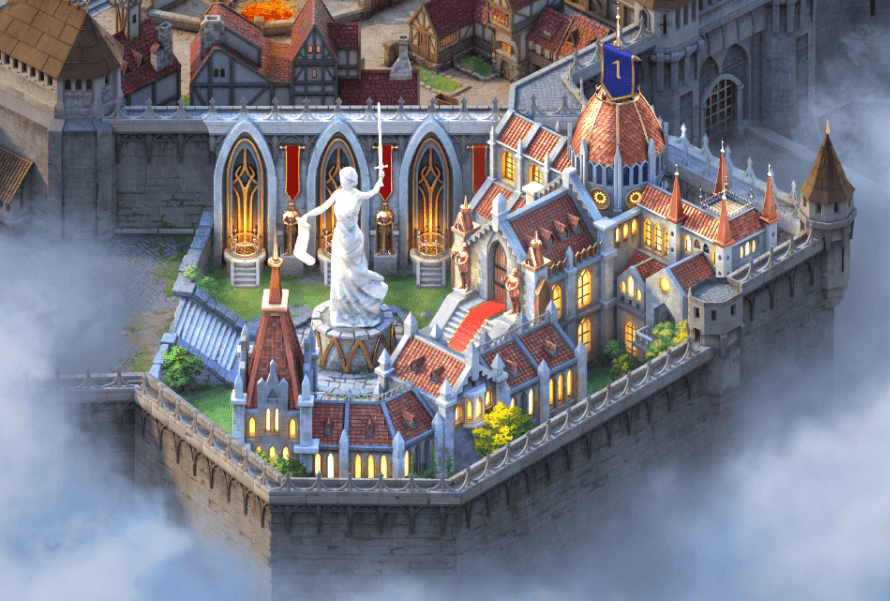 Already this has been witnessed time and time again, as the gods above exert their will and act through this mystery construction, dishing out justice.

Not all Orders have thus far been capable of building this grand new structure, due to the cost of the building, but many others have already done so, as seen above.

Yet, we have no doubt that all Orders big or small will eventually meet their goal and construct this powerful asset in the days ahead--An asset that is sure to change the course of history from now, until the end of times.

A new age of protection is upon us, a new age of prosperity. Sleep well citizens, knowing that your homelands are now protected and the powers of the Tribunal watch over you forevermore.