The day is upon them, it is here at last...but are they ready? Craustland has entered into their first Kingdom vs Kingdom event and an epic battle is about to unfold.

Preparing for the event, the entire Kingdom decided that it was the prudent course of action to issue a Kingdom-wide non-aggression pact, something that shows great maturity as a Kingdom, given the fact that many other more established Kingdoms cannot achieve this level of unity. 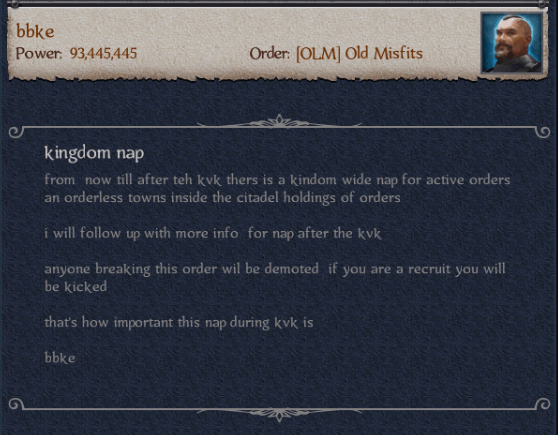 In preparation for this grand event, Orders began sending out tips to their new recruits and those who would be experiencing such an event such as this for the very first time. They knew that the key to success is proper preparation. 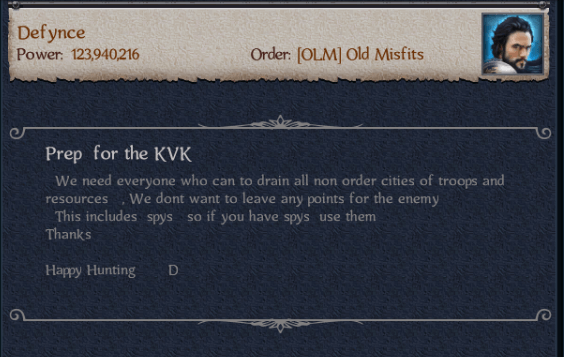 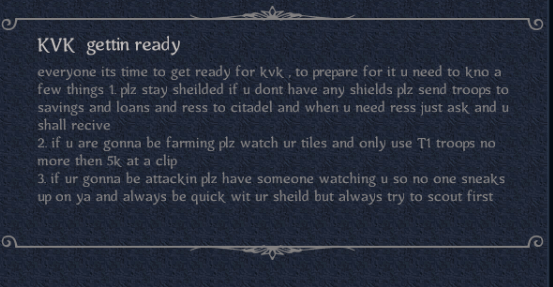 The NAP would be enforced strictly by all of the top ranking Orders within Craustland, so much so that any member who decided to break this sacred bond would be expelled from their Order and cast out as an exile, forced to face the wilds on their own.

Mass quantities of low-tier units were produced, as these are the most expendable and least costly units to lose.

As the event dawned, a challenger rose forth, and the mighty heroes of Craustland were pitted against the valiant and stout warriors of Ertester, a much more seasoned and experienced Kingdom. 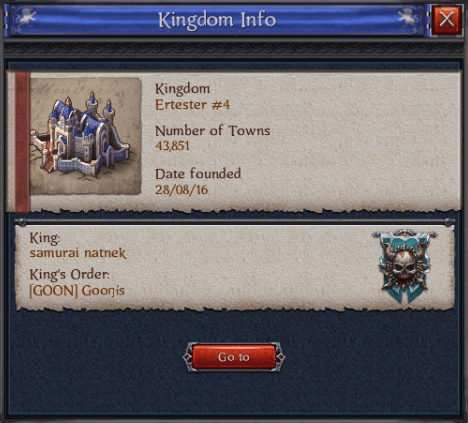 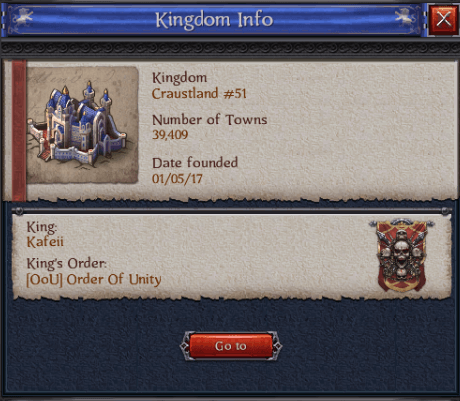 This would prove to be Craustlands undoing, as their foes forces simply outnumbered theirs too greatly, and the gap in experience was simply too much. The new recruits and fresh faces of Craustland rapidly began to fall behind and lose battle after battle at the hands of Ertester.

The Old Misfits, one of the top ranking Orders within the lands, issued a stop to the attacks, urging their members to reserve their strength and retreat, so that they could better fight another day. 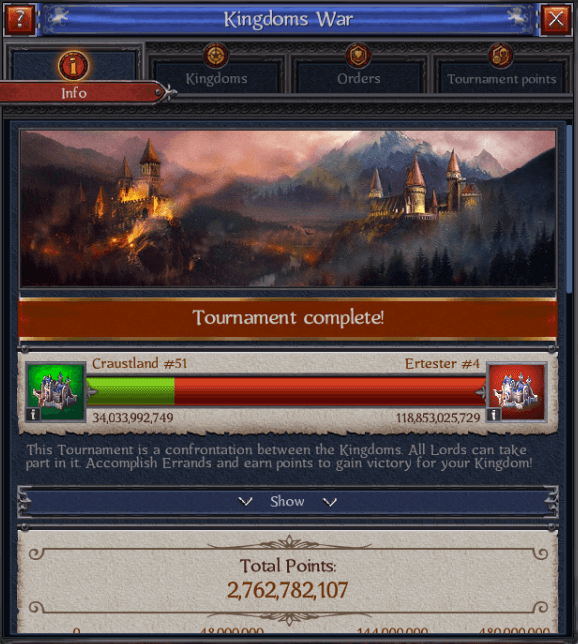 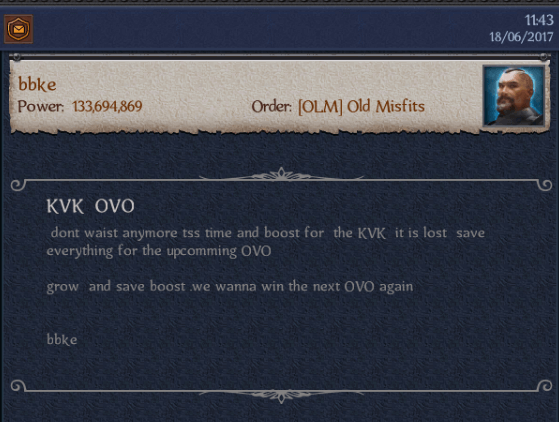 As the dust settled and the event ended, it was as predicted and the forces of Ertester easily took the day, while the men and woman of Craustland lay battered and bruised, but not broken.

Proving their strength and courage, they have already begun to pick up where they left off, rebuilding those towns that had been pillaged and burned to the ground.

The next event is only around the corner and they know it. Strategies must be refined and further developed. The people of Craustland may have lost this battle, but many more are sure to come and next time, they will not be so easily overtaken. Next time, they play to win.