Neighboring Kingdoms Turn on One Another

Luckily, the new Kingdom of Irenberg has been able to continue with its trend of peace. Orders have largely put aside their difference within their borders, and thus they have been able to grow in this period of relative calm.

Skirmishes have arisen on a daily basis, as is to be expected, but leaders within their respective Orders are swift in their punishments and quick to resolve the problem before it escalates too far out of control.

This is a dramatic change from what we have witnessed within these lands over the past month. Truly, it is a sight to behold and one that citizens all across the lands should celebrate.

Sadly, it is out of necessity that the great Lords of these lands set aside their petty arguments, and not because they truly wanted to. The Kingdom is now fully entrenched in a war of survival against their closest neighbor, Ferrengot. 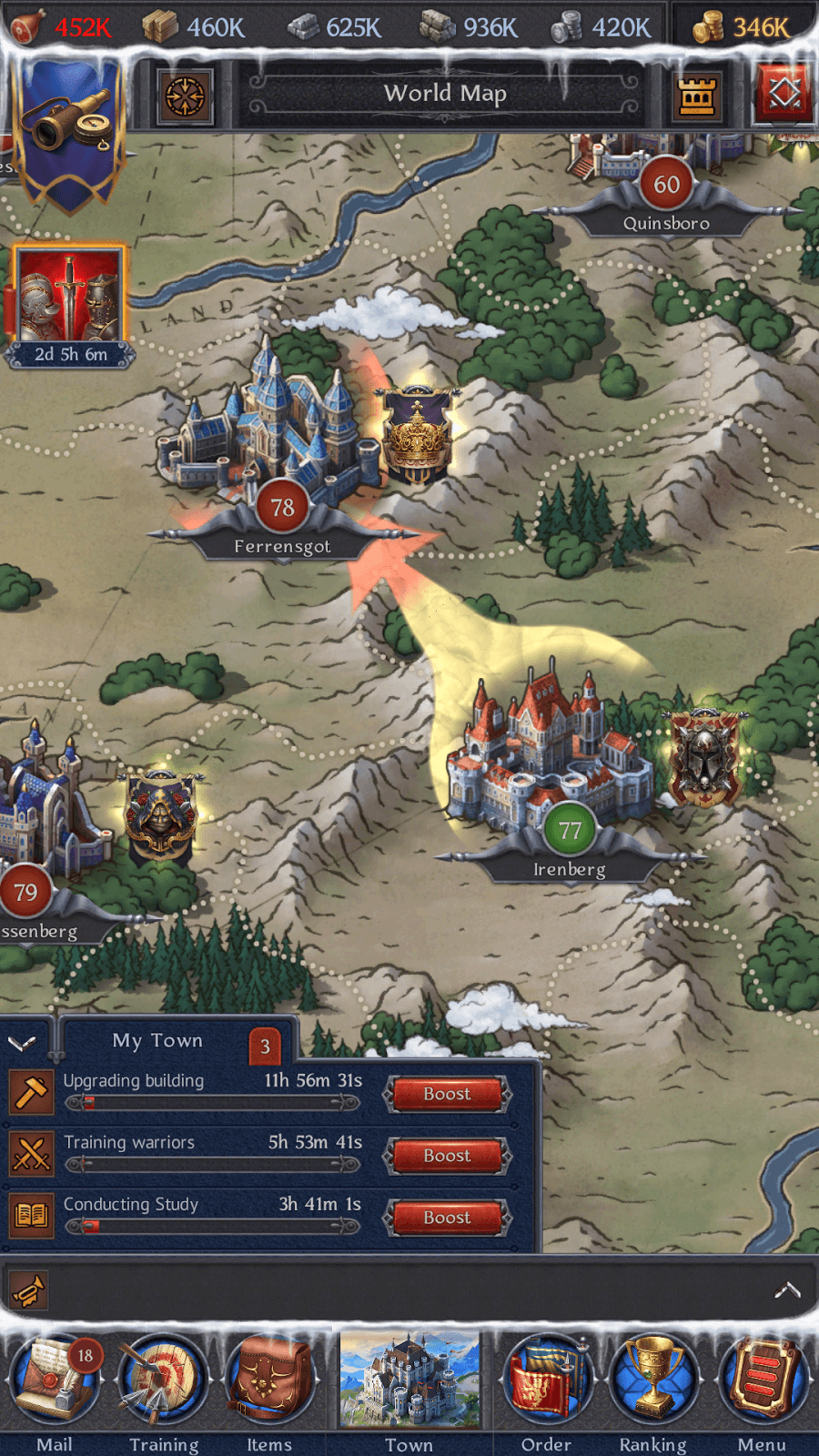 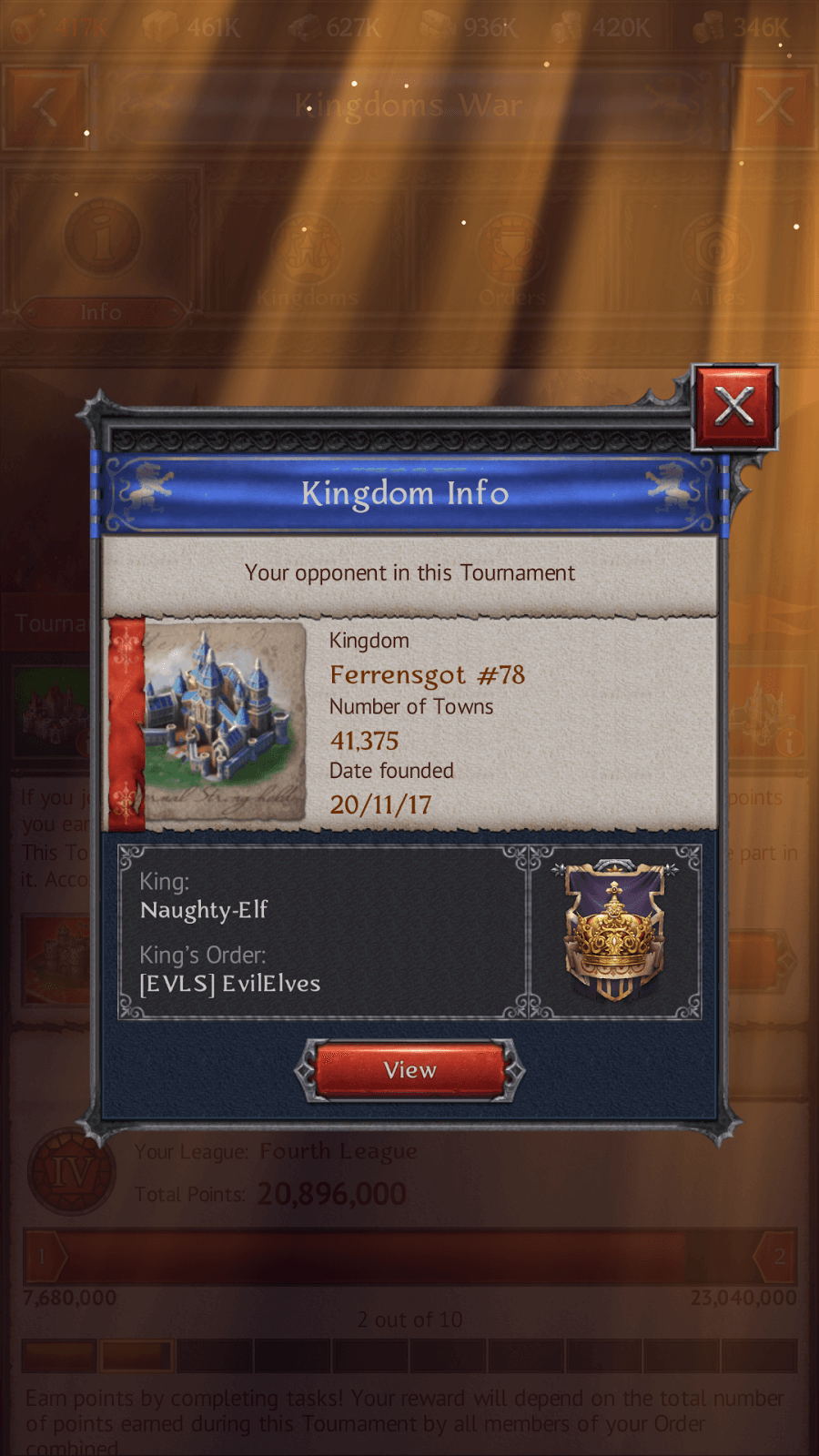 Ferrengot is the first Kingdom to rise after the founding of Irenberg. Thus, given the one-month limit before any Kingdom can enter Kingdom vs. Kingdom Order War, it was destiny that these two lands would face off against one another, given their relatively closely-matched age and proximity.

First feeling out the strengths and weaknesses of one another, the fighting was mild and meek in the beginning. But this was soon to change, as select Orders within each Kingdom crossed their borders and sent raiding parties against the opposing forces towns and settlements, hoping to score massive points in the process. 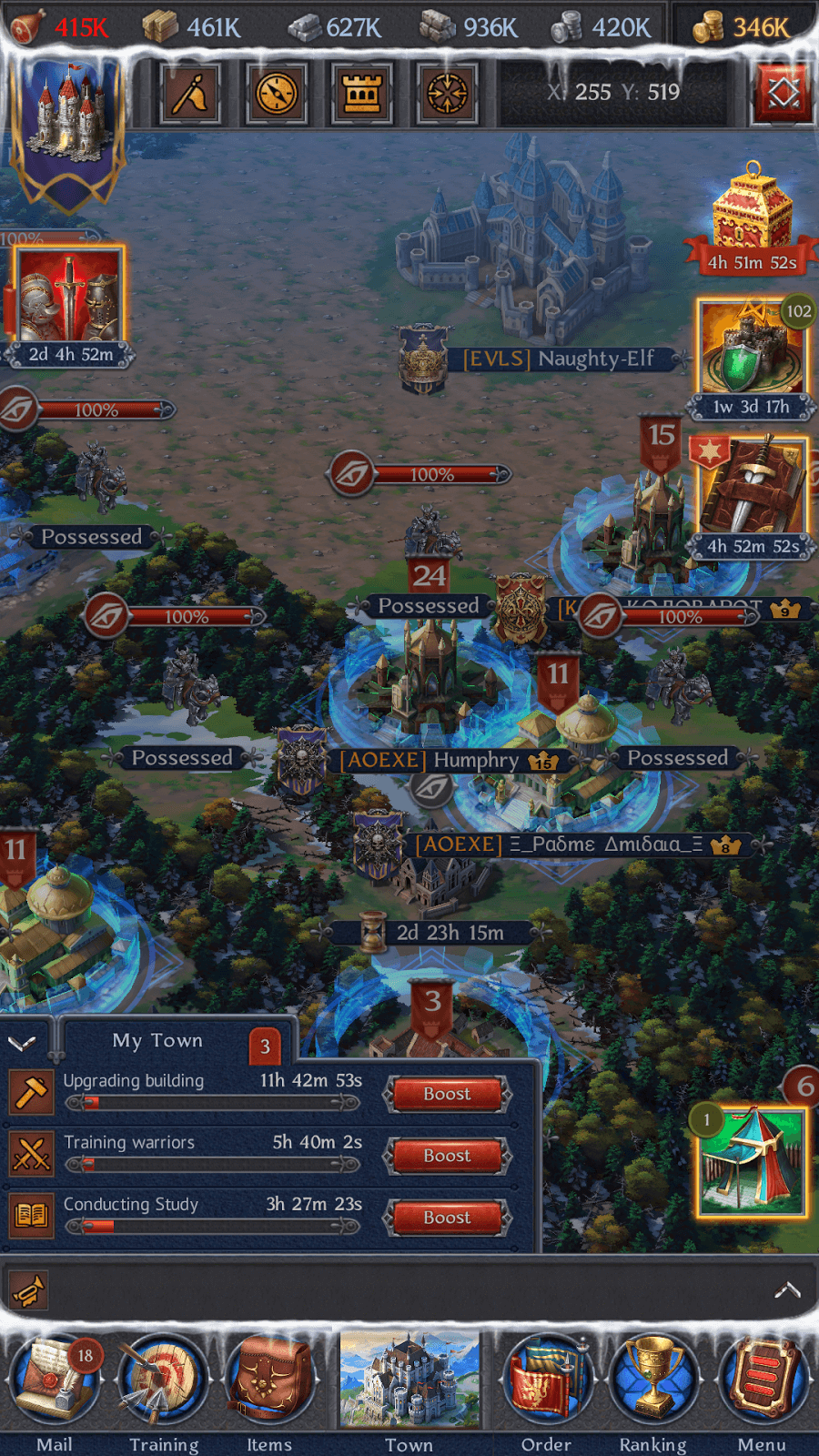 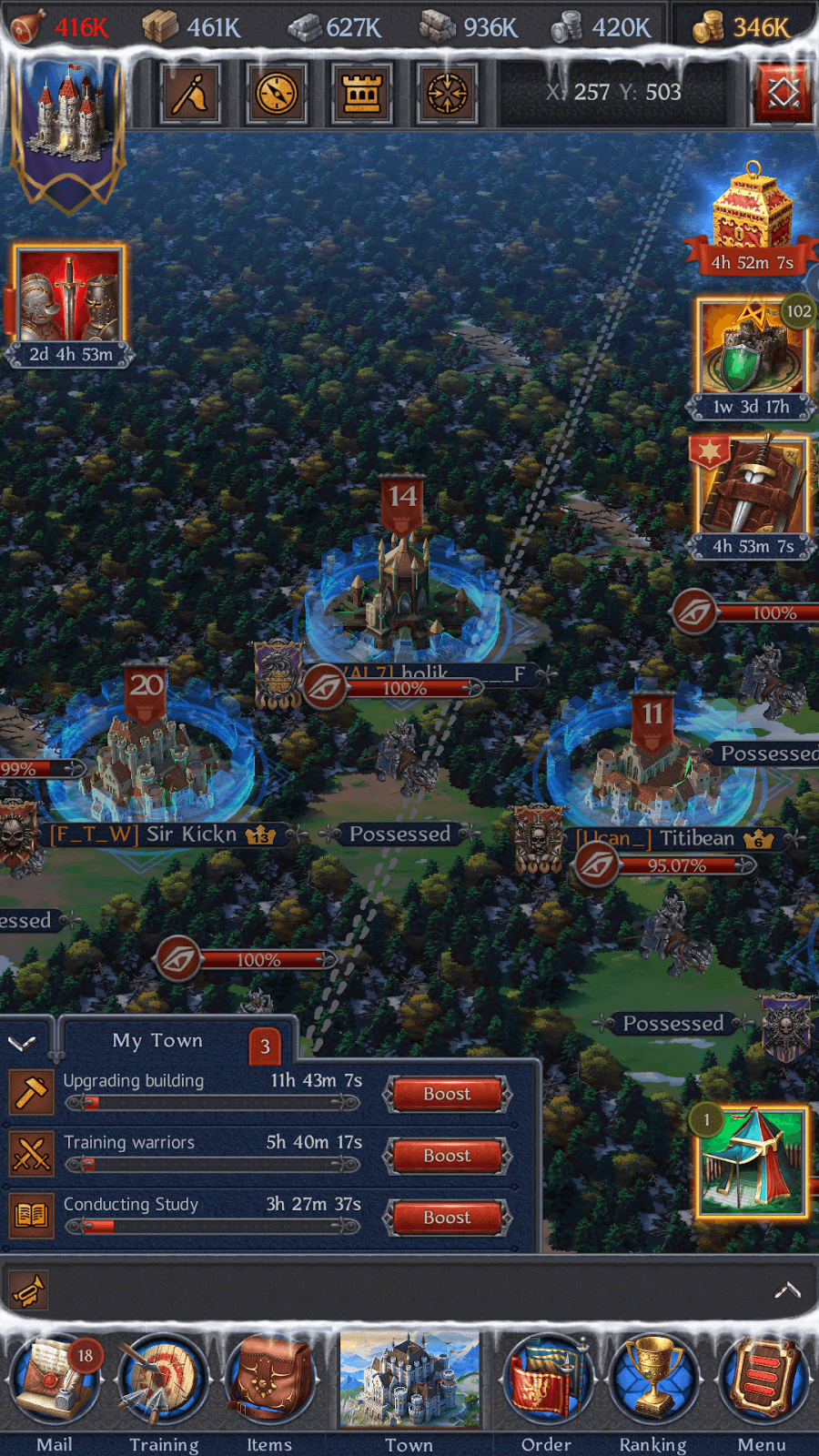 As can be seen above, both the "Art of Execution" and the "Fight the World" Orders from Irenberg were some of the first to act. Two of the most powerful Orders from that Kingdom moved in to surround Ferrengot's Eternal Stronghold, a massive insult to their honor as a Kingdom and one that would not go unpunished. 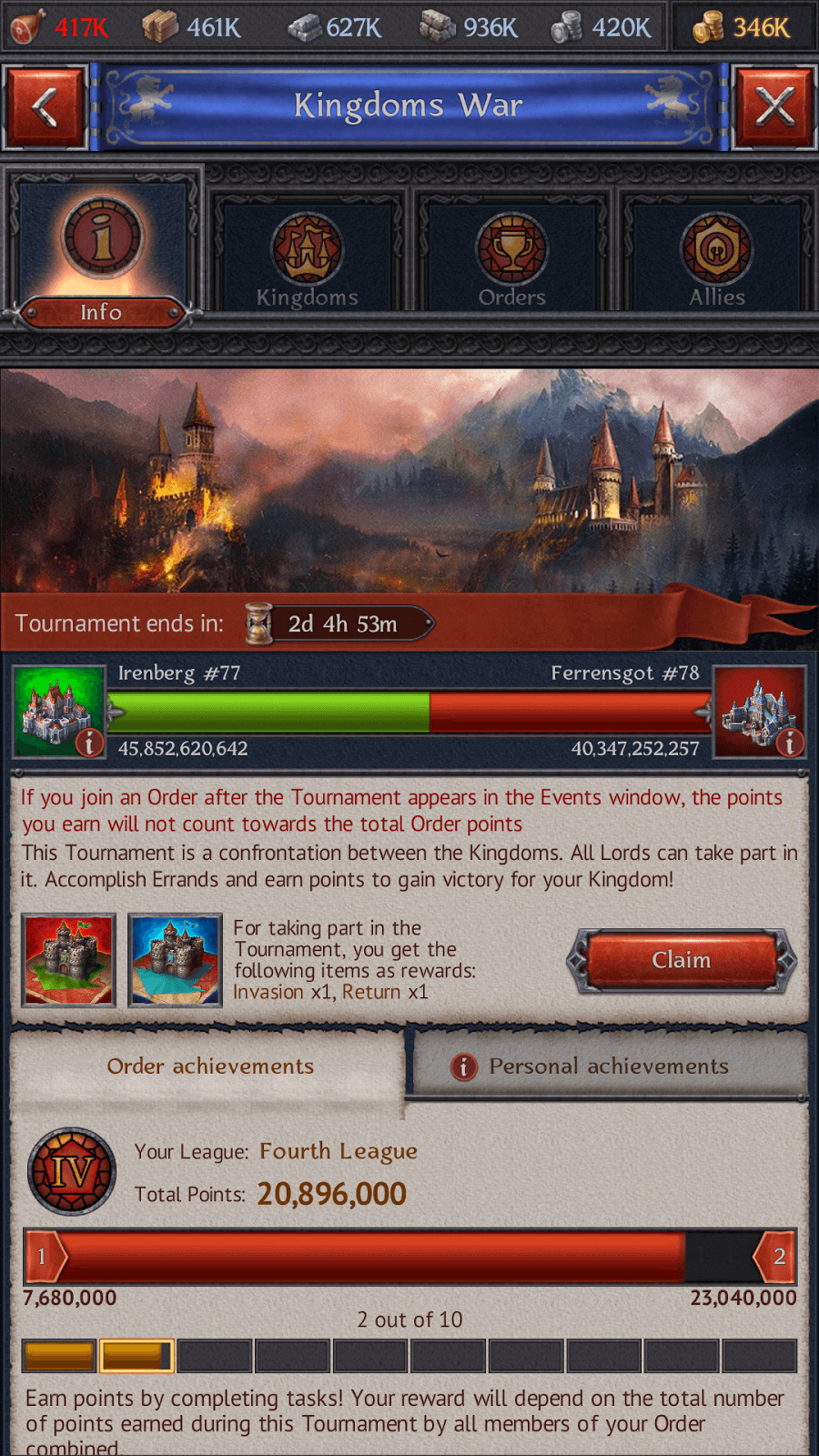 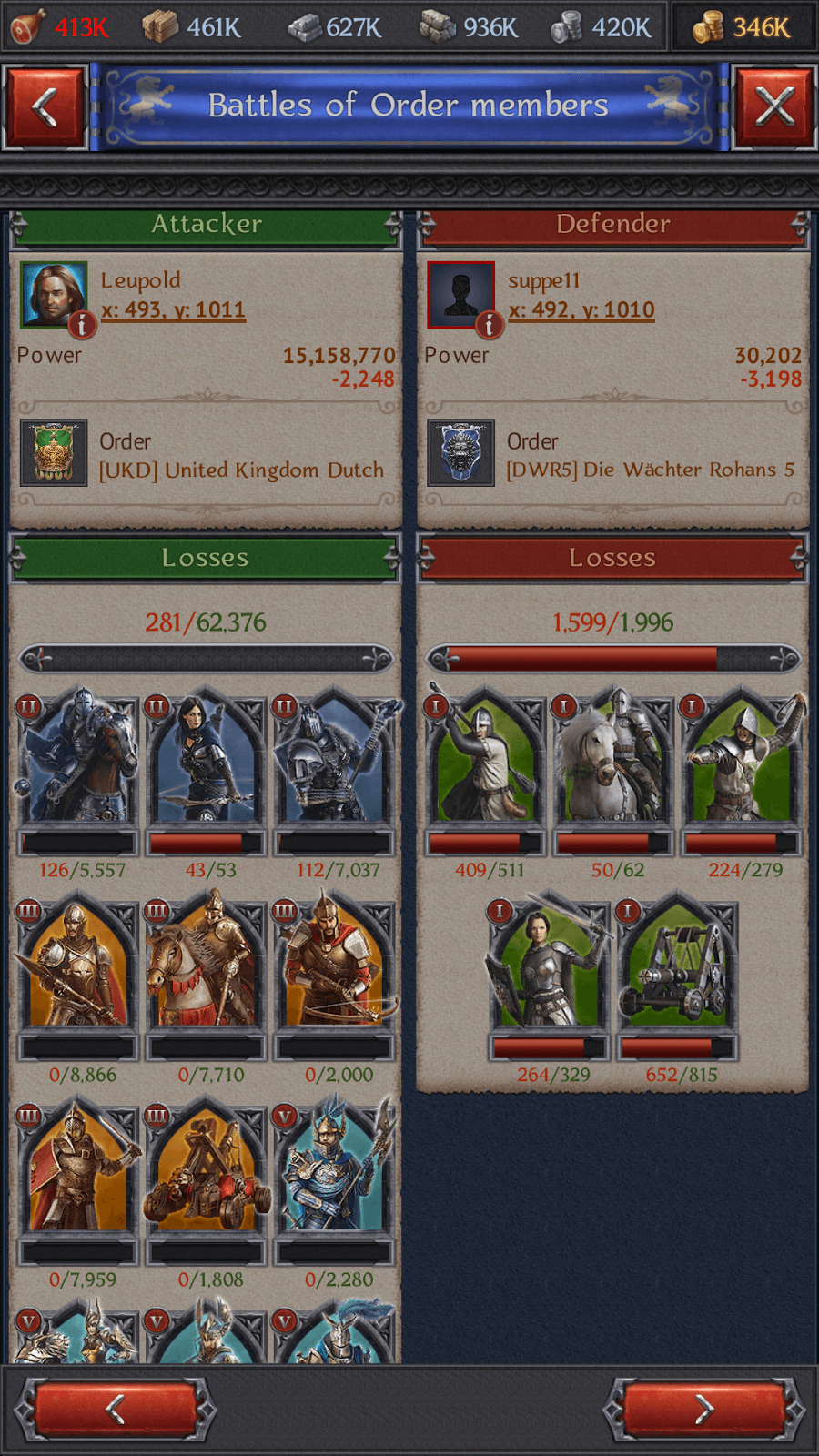 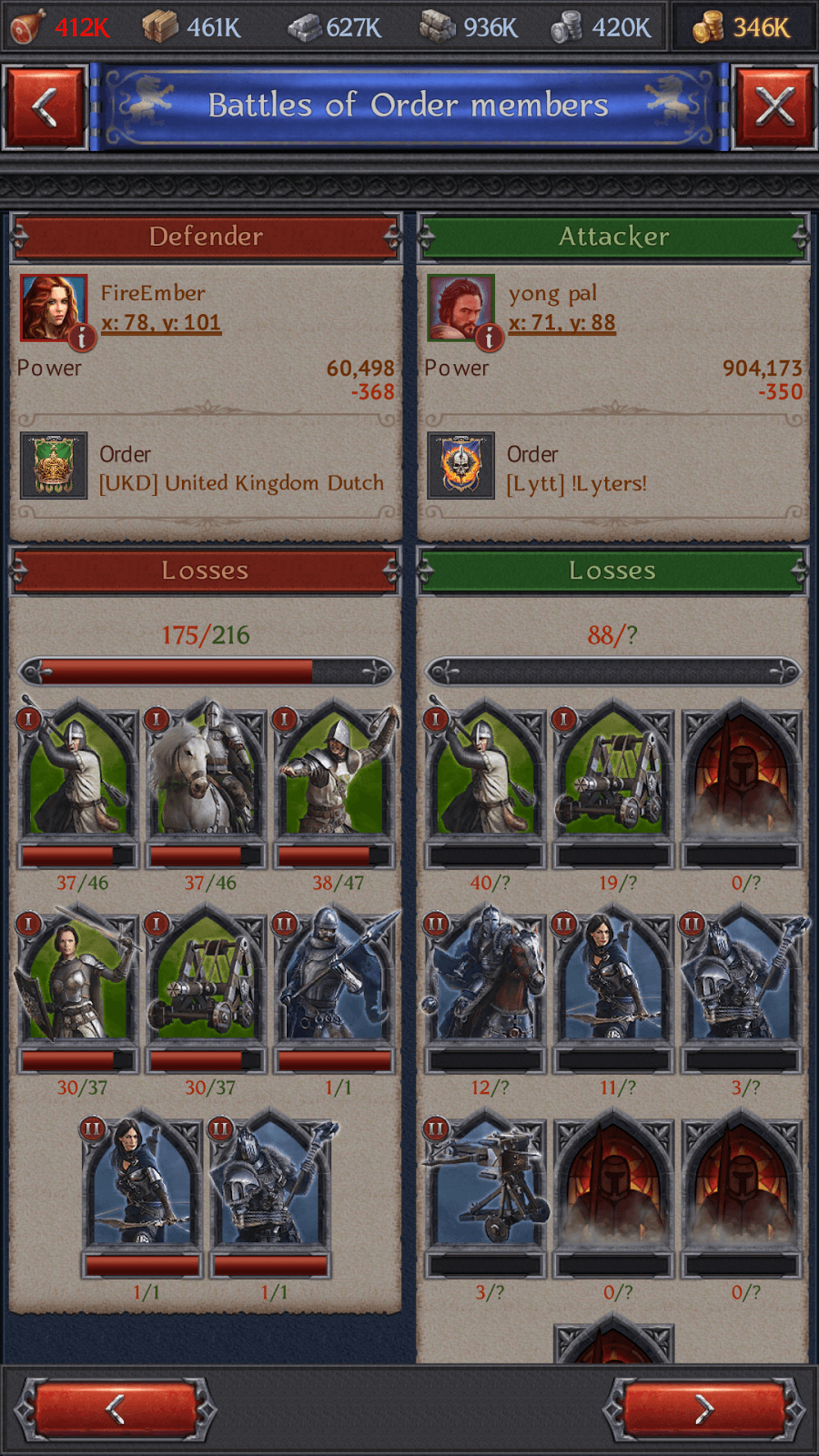 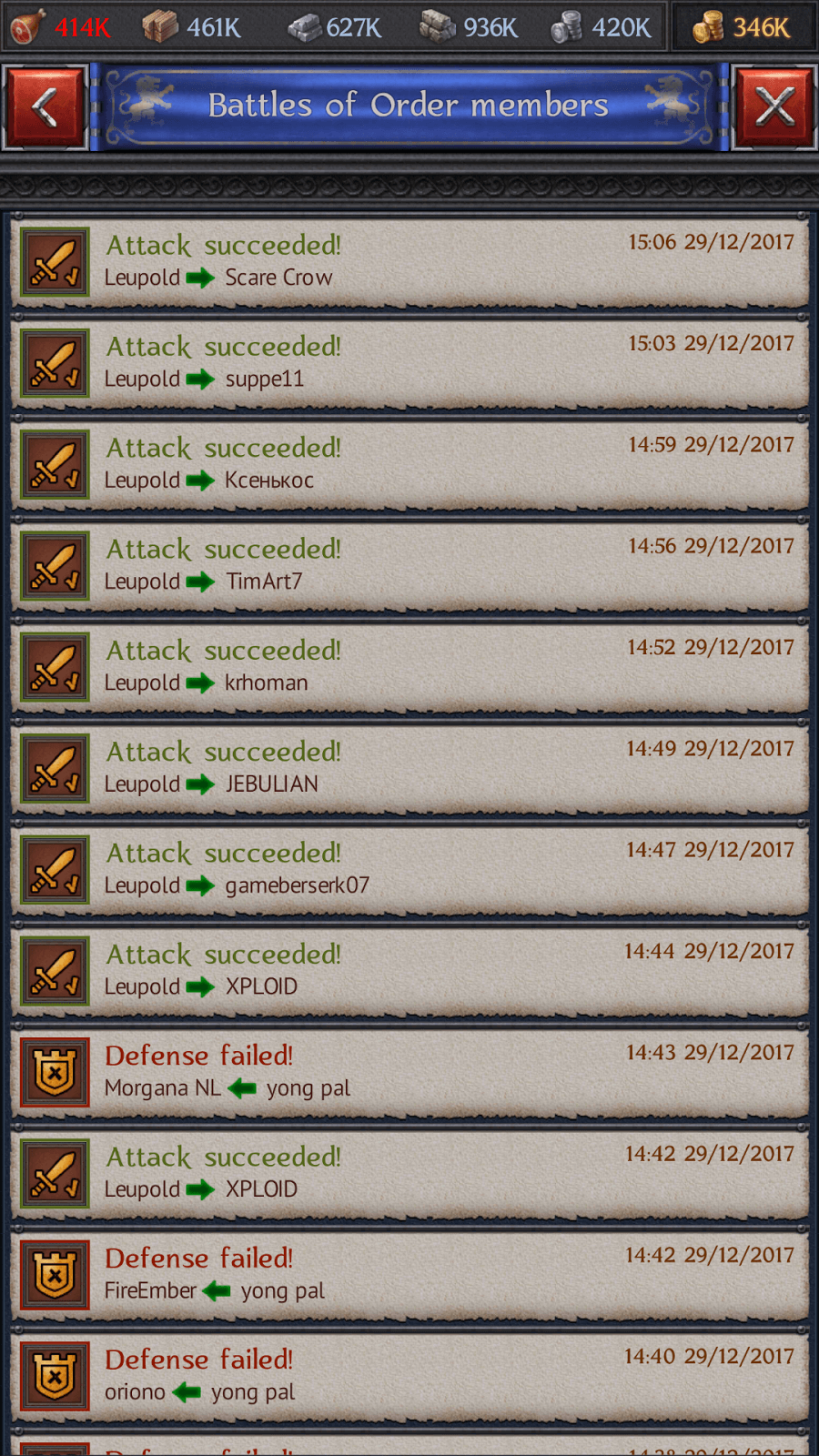 The fighting was far from one-sided, and although Irenberg had a slight advantage, this did not come without a cost. Both sides landed massive hits against each other and towns could be seen ablaze for miles in any direction that you cast your gaze.

The fighting did not let up for even a moment, as it continued throughout the Holiday hours. Little rest was allotted for any citizen who called these lands home.

Although both Kingdoms were green to this type of competition, they held themselves honorably, but in the end, there could only be one who claimed victory.

This honor fell upon the Irenberg Kingdom, who proved their worth and mettle in combat, eking out a slight victory. These Kingdoms can hold their heads high, knowing that next time, the outcome may be drastically different.

Both Kingdoms must now continue to grow and proceed into the future, as greater and more powerful enemies await both of them, just over the horizon.