Rogue Orders Displace All Others

Today the Chronicle joins you once again from within the noble and mighty Kingdom of Irenberg, a location where our branch has flourished and prospered due to the rich and vibrant citizens that call these lands their own.

In this report, we will be discussing the recent upheavals that Irenberg has recently experienced, due to an ever-fluctuating power struggle that has wracked the lands and the people who dwell there. 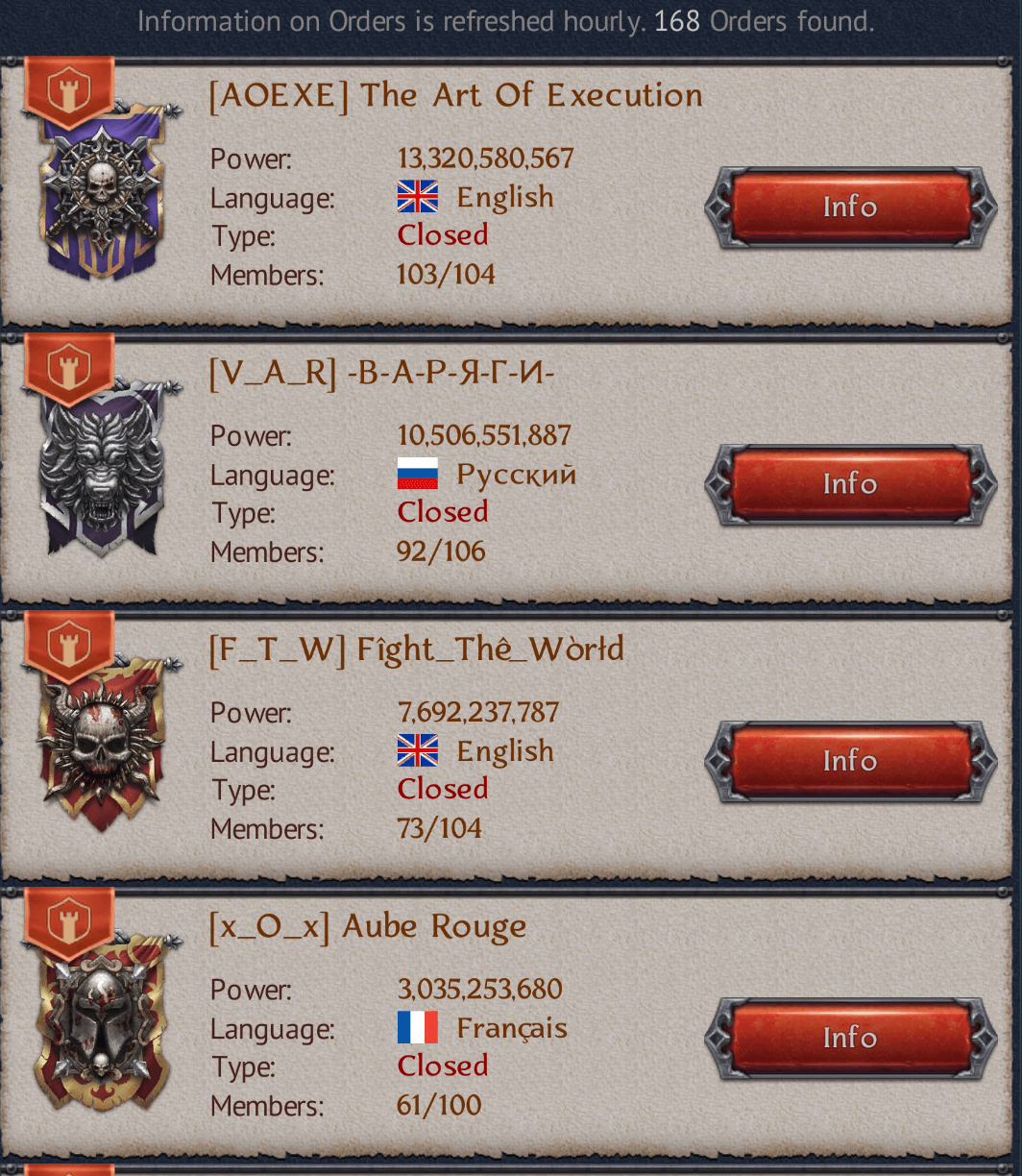 During this Kingdom’s brief history, it has seen a high number of Orders rise to power and then crash once again, like a flash in the pan. However, there have been two exceptions to this rule: the Fight the World and the Art of Execution Orders.

These two Orders have risen above all others since the birth of Irenberg, with both constantly battling back and forth for the most coveted of all positions, that of first place.

Just recently, it was the Fight the World Order who resided in this top-ranking position, but once again they have been overtaken by The Art of Execution, who now hold what they believe to be their rightful place, ruling over all others.

Sadly, the Fight the World Order has also been surpassed by the VAR Order, which has risen dramatically in power over the past month, stunning many in the process.

In addition to this, they are now facing another challenger, the Aube Rouge Order, who has rapidly increased their influence and thus their clout within Irenberg. 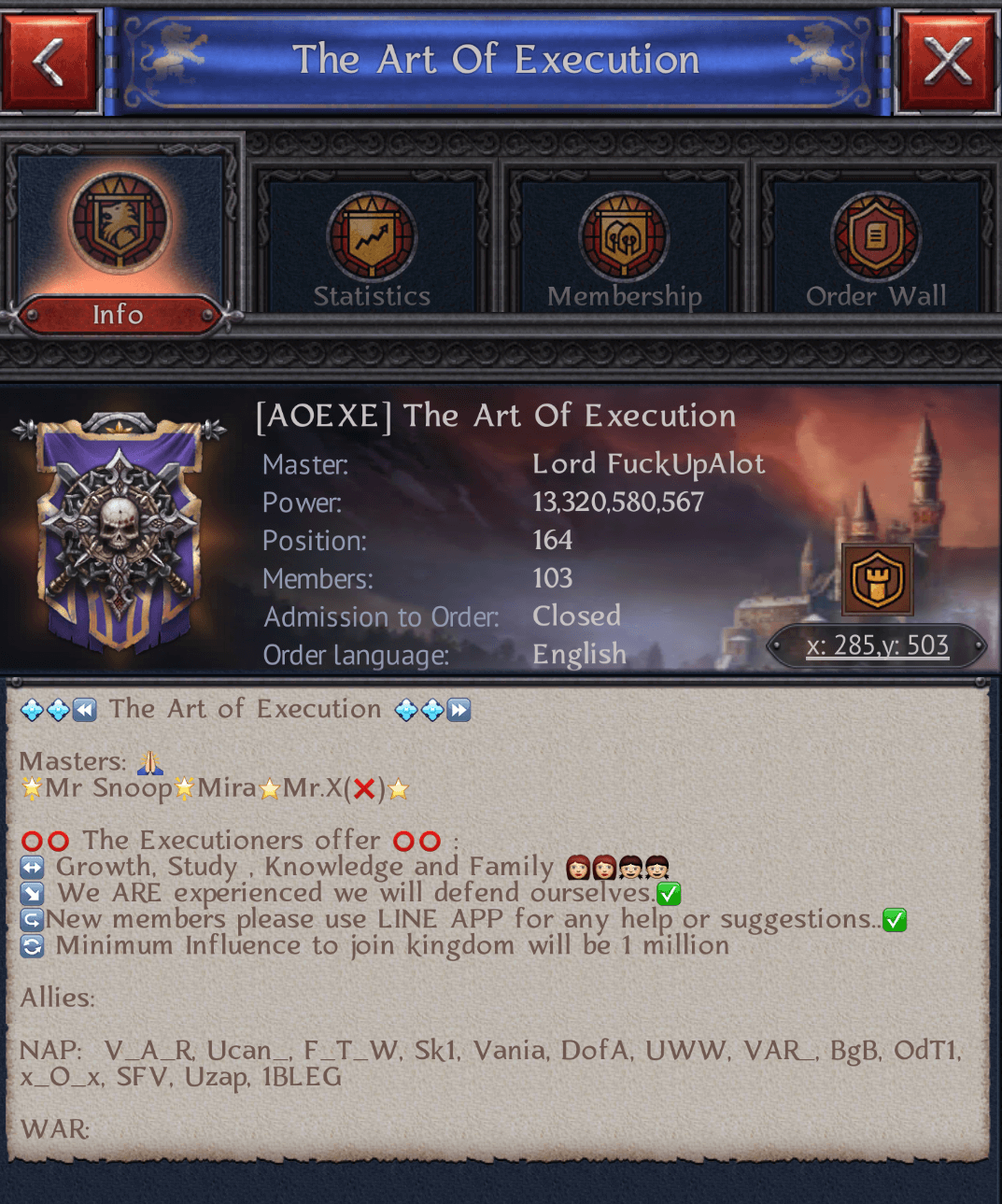 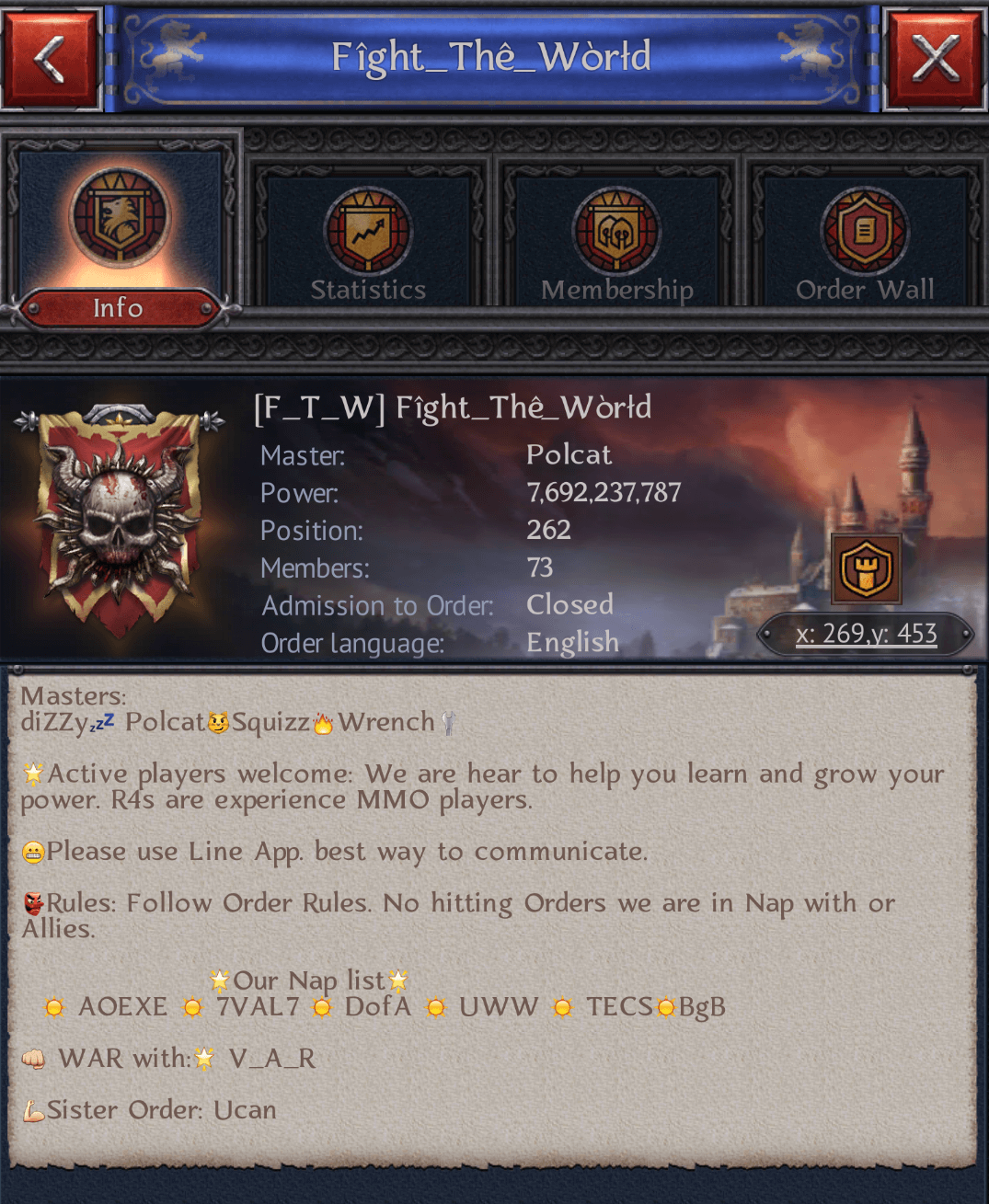 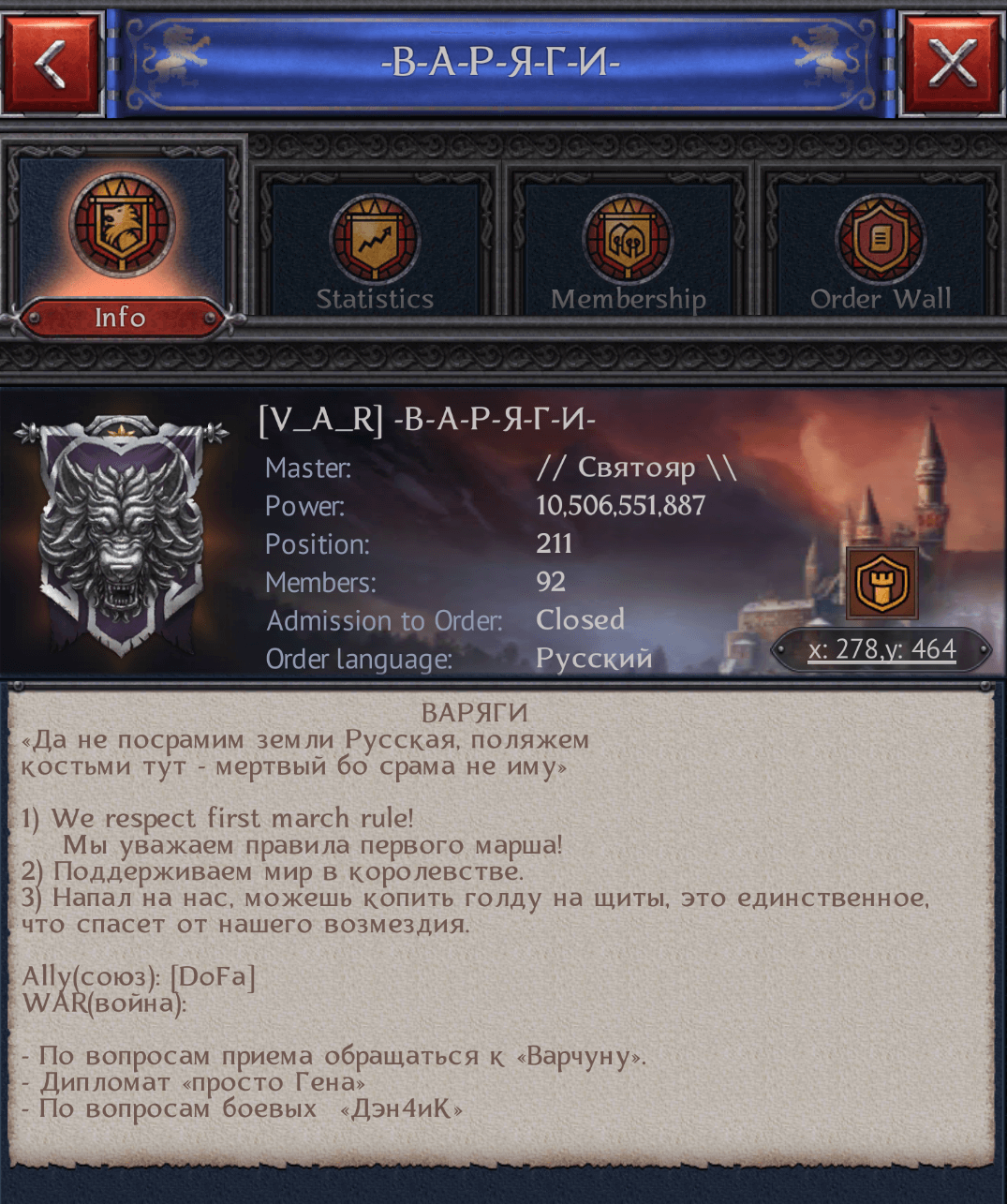 All of these Orders deserve the positions they have achieved, as they have done it through hard work, blood, sweat, and tears. But this does not mean that their dominance over all others is absolute.

This land is still highly unstable, as smaller Orders within the land have not entirely fallen in line and cause strife, grief, and turmoil on a regular basis; this is exactly what we have recently witnessed unfold. 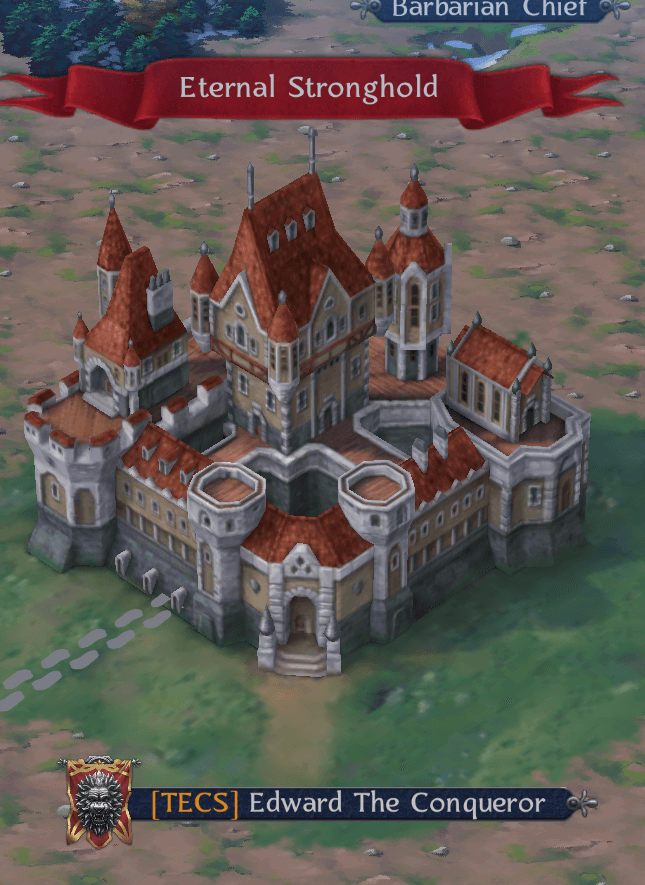 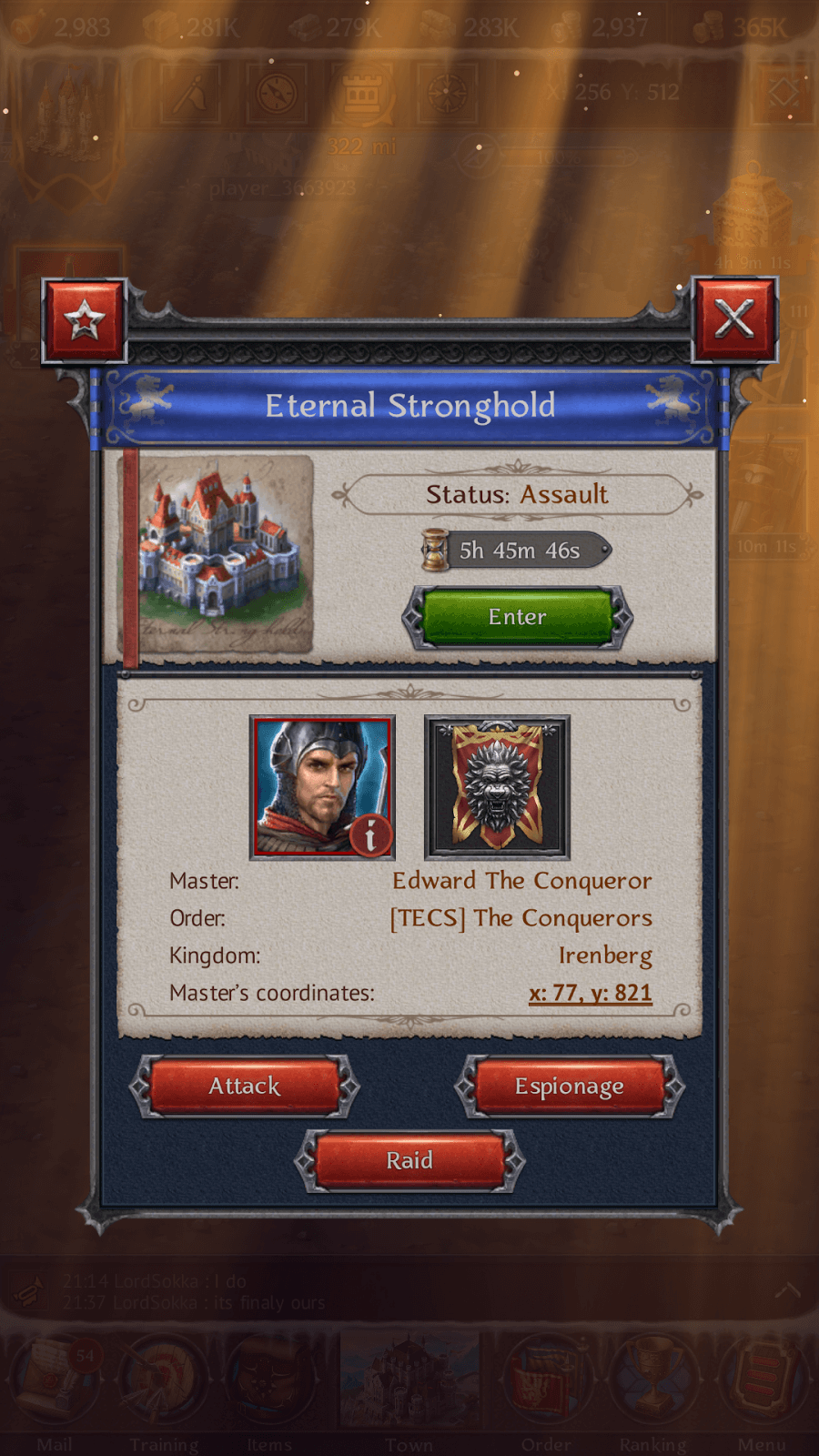 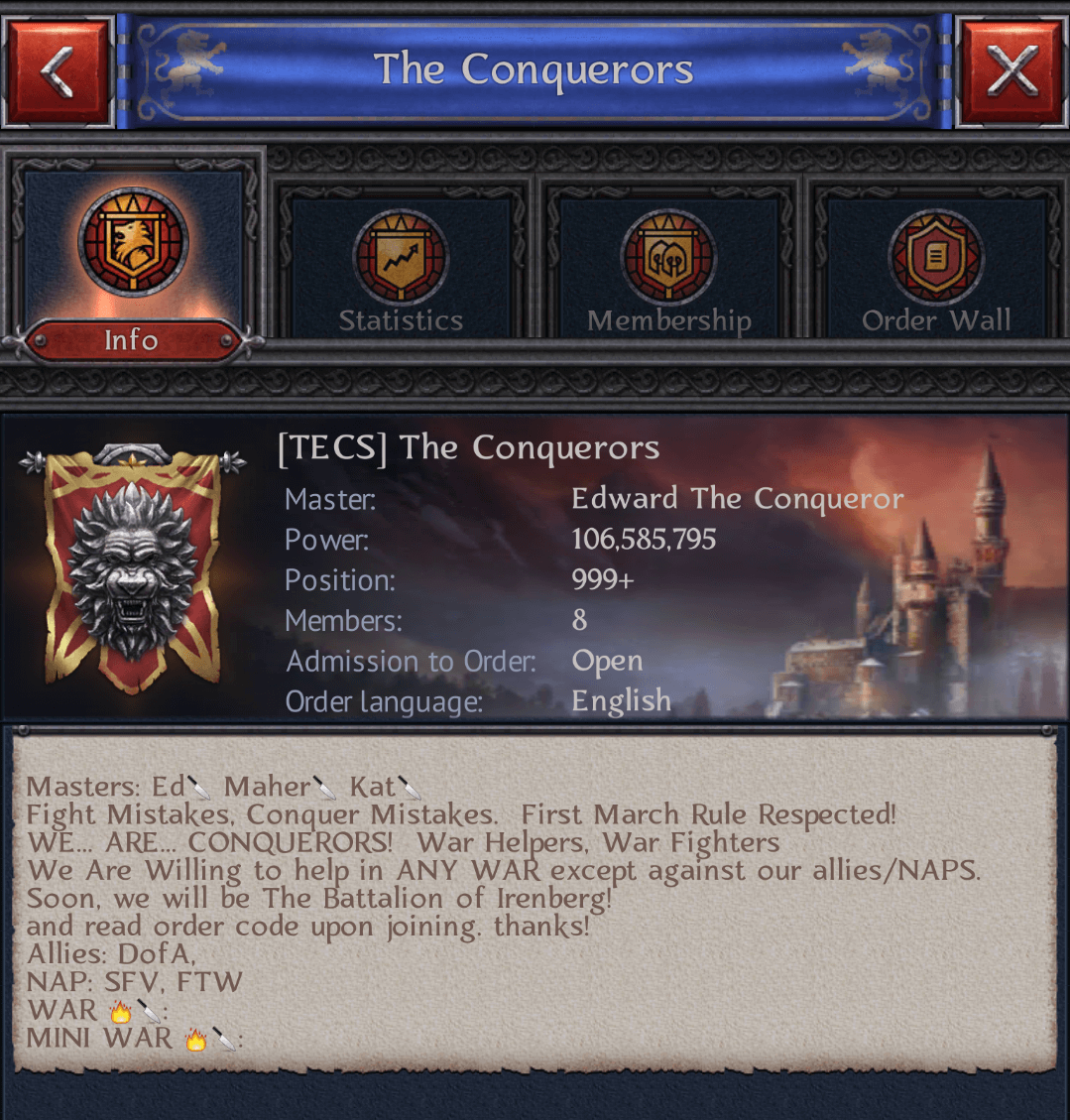 The Conquerors, a small but incredibly efficient band of warriors led by none other than Edward the Conqueror himself, has proven the aforementioned point precisely. This small force of fighters is now in possession of the Eternal Stronghold and the seat of power within Irenberg, after scaling its walls and displacing its previous defenders in the dark of night.

It is unknown as to how this force will be dealt with, nor how the top ranking Orders within Irenberg will react to this slight on their honor, as it is they whom they believe should be residing upon the throne within the Eternal Palace.

Even now we can see their armies marching forth, seeking to take back what is theirs. The question is now, will the Conquerors stand and fight, or flee into the shadows, living to strike another day? We shall soon find out.