War has erupted within the new Kingdom of Irenberg! Scarcely a week old, these lands have been plunged into darkness, with many hopes and dreams of a peaceful transition to these new lands shattered in the process.

Orders have been at each other’s throats, as no one has yet been able to truly establish themselves. Sure, the Art of Execution has pulled ahead as the most influential Order, but they do not currently rule the lands, no this honor is bestowed upon the Irenberg Legion, who is currently ruling over the Eternal Stronghold and thus extracting a tax from the rest of the citizens within the Kingdom.

Other neighboring Orders have sparked conflict with one another, as they battle over resource tiles and attempt to establish a pecking order. A grand reorganization is taking place as Orders attempt to place whom they deem to be "lesser" Orders under their rule.

Two such Orders that have found themselves in direct opposition due to these tensions are the Var and Brutal Brigade Orders, two rapidly rising stars within the lands of Irenberg. 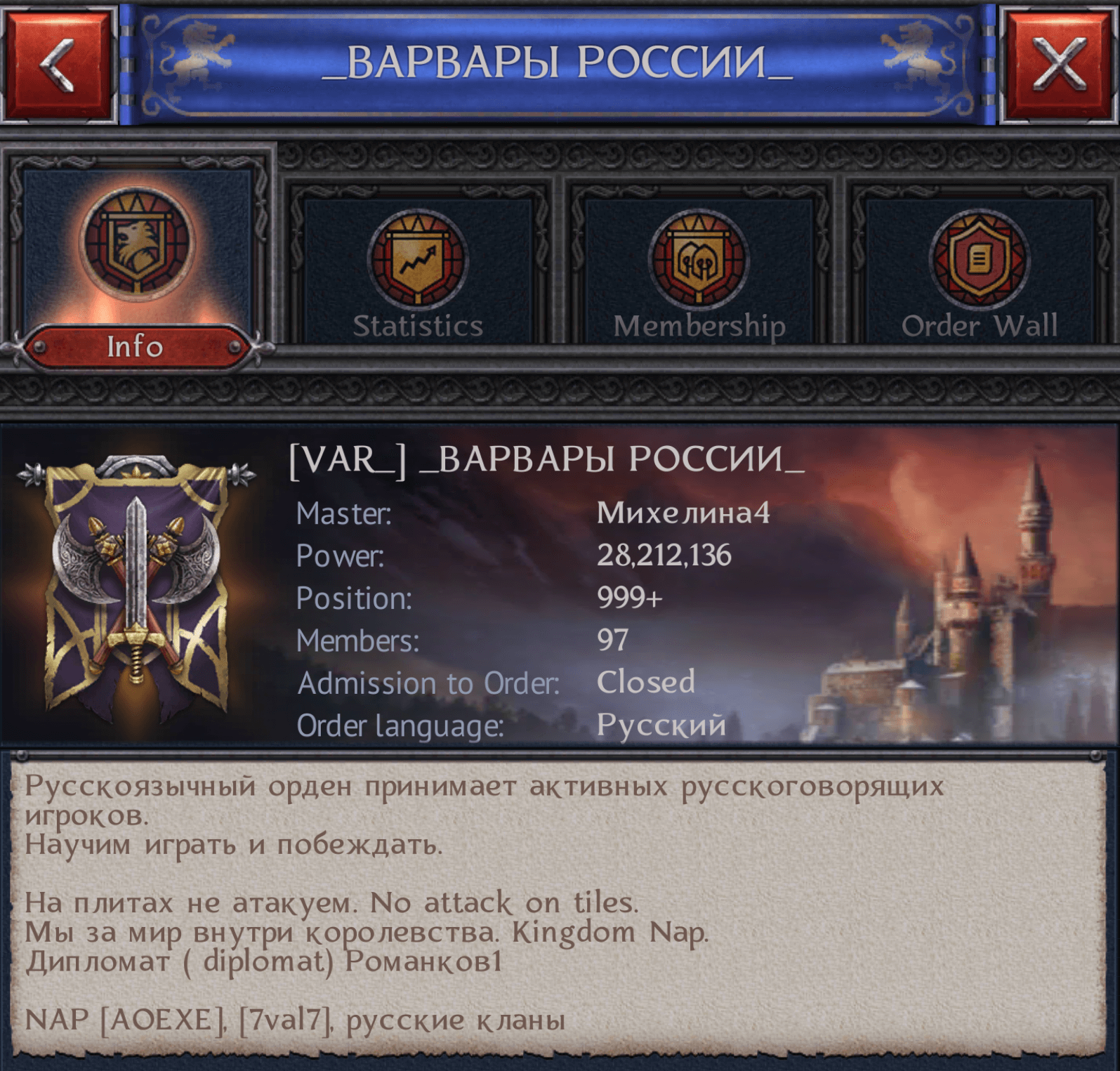 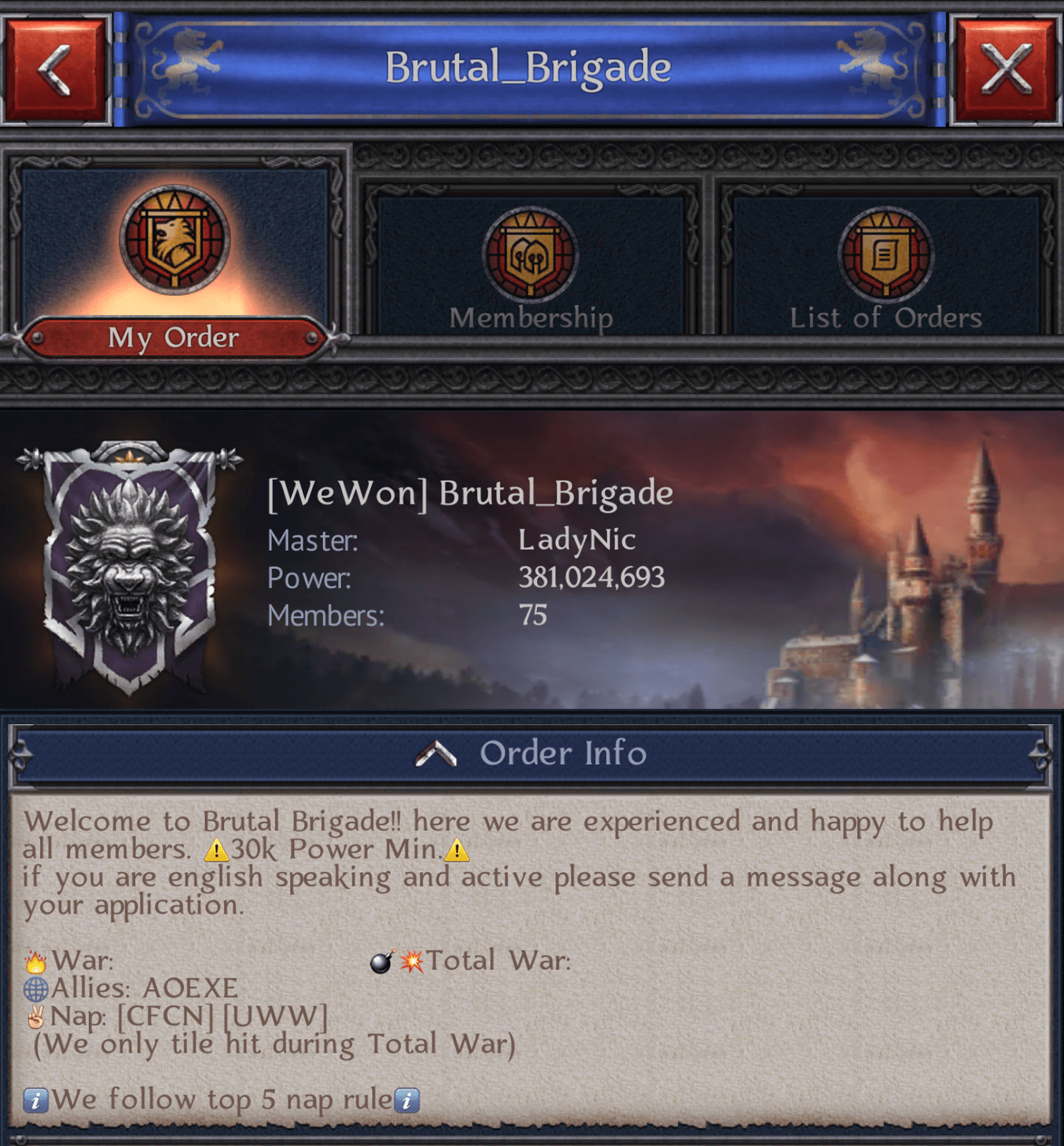 As we have seen so many times before, this conflict was first initiated between two members, one attacking the other in turn. This then rapidly spiraled out of control, as members from both sides dogpiled in, attacking the opposing Order in an attempt to protect their teammates’ honor and pride.

Before we knew it, the Chronicle could see smoke rising in the distance and the bright glare of towns burning as we approached the central location of the Var's hive network. The Brutal Brigade were on the march and destruction was their destination. 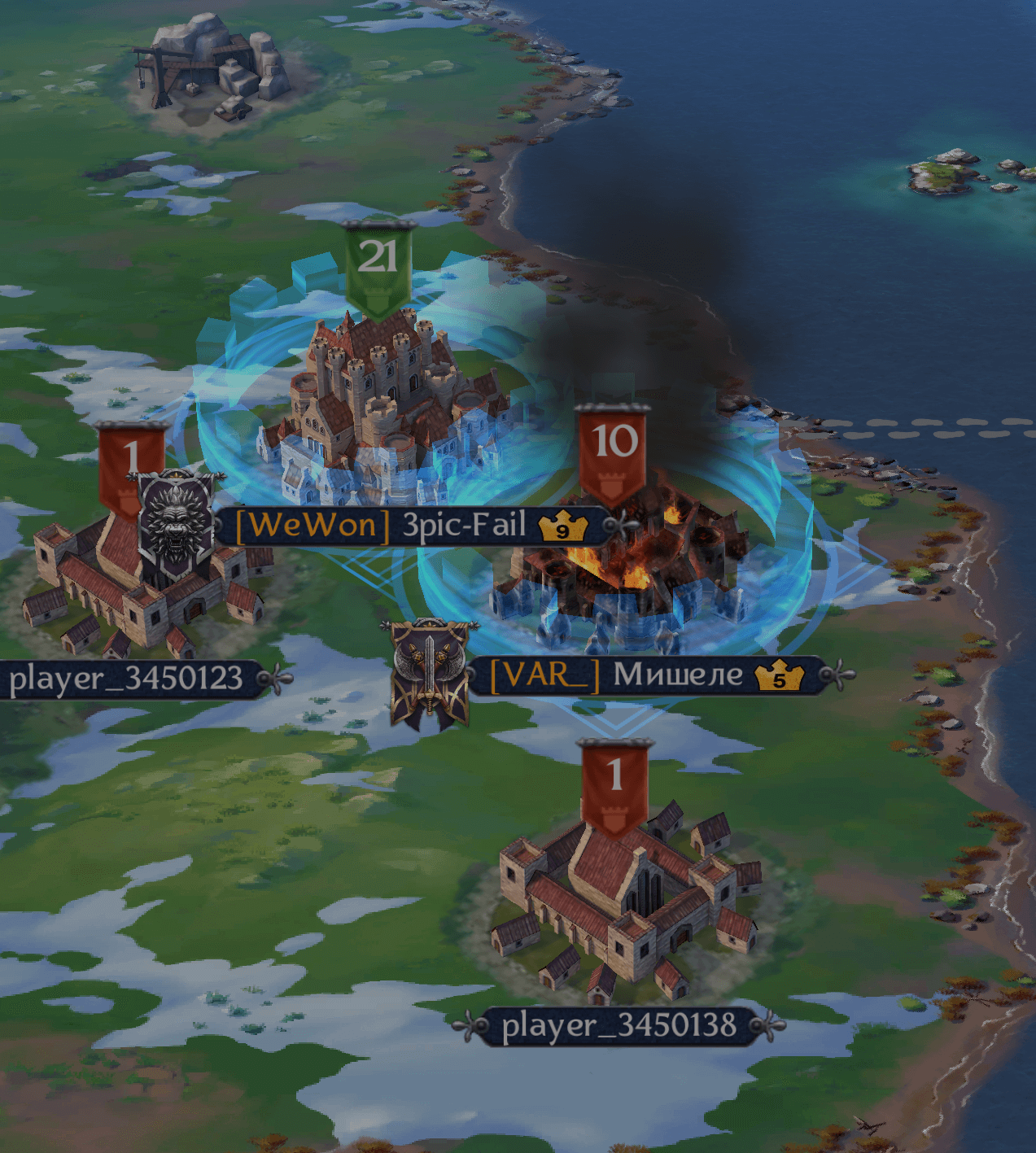 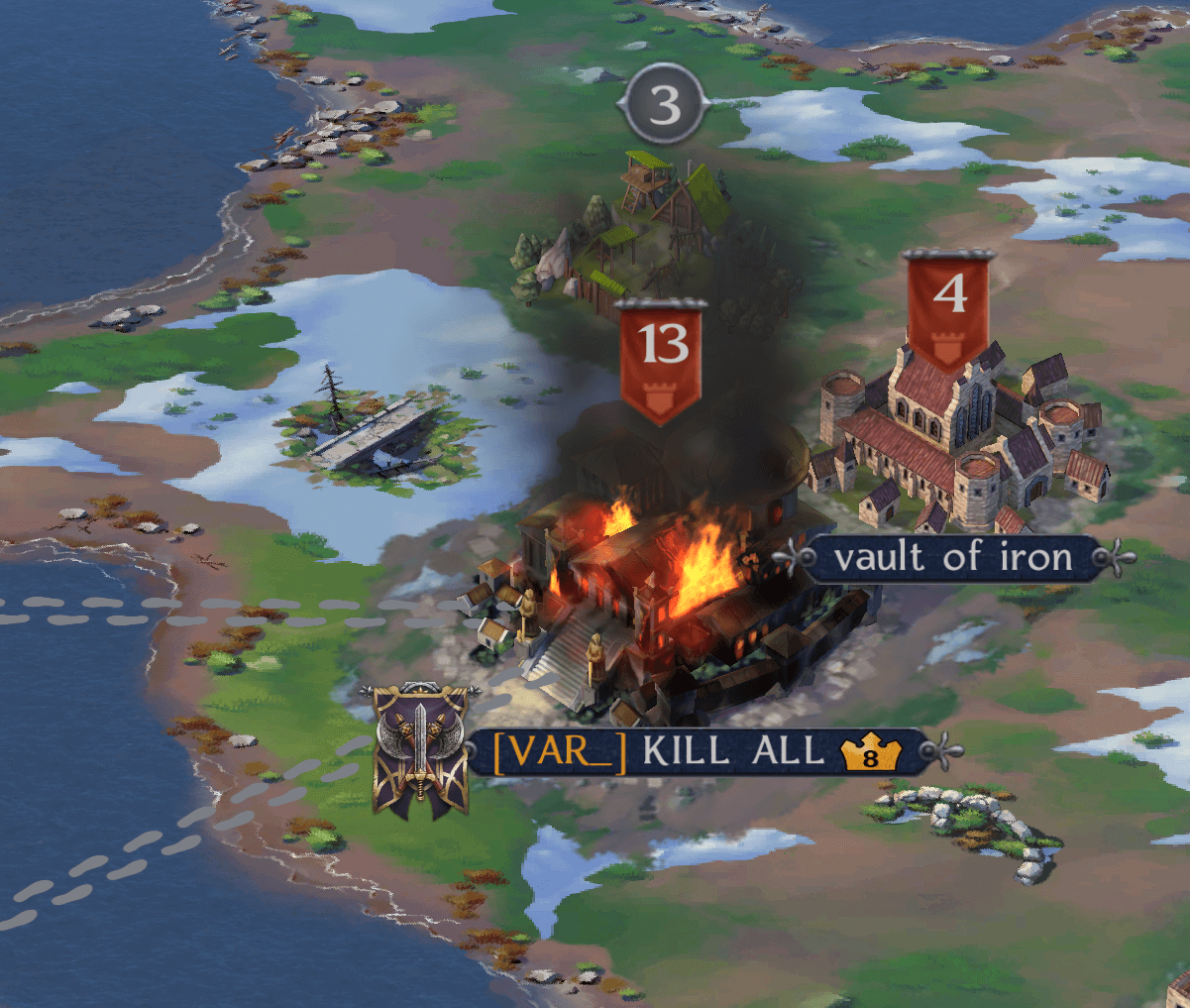 Members of the Var Order tried to rally defenses and attack back against the members of the Brutal Brigade, but they were simply overwhelmed one after another. The onslaught was simply too much to bear.

Aggressors from within the ranks of the Brutal Brigade gloated about their kills and actively encouraged their fellow Order mates to attack key "non-bubbled" targets. Blood-lust consumed their ranks. 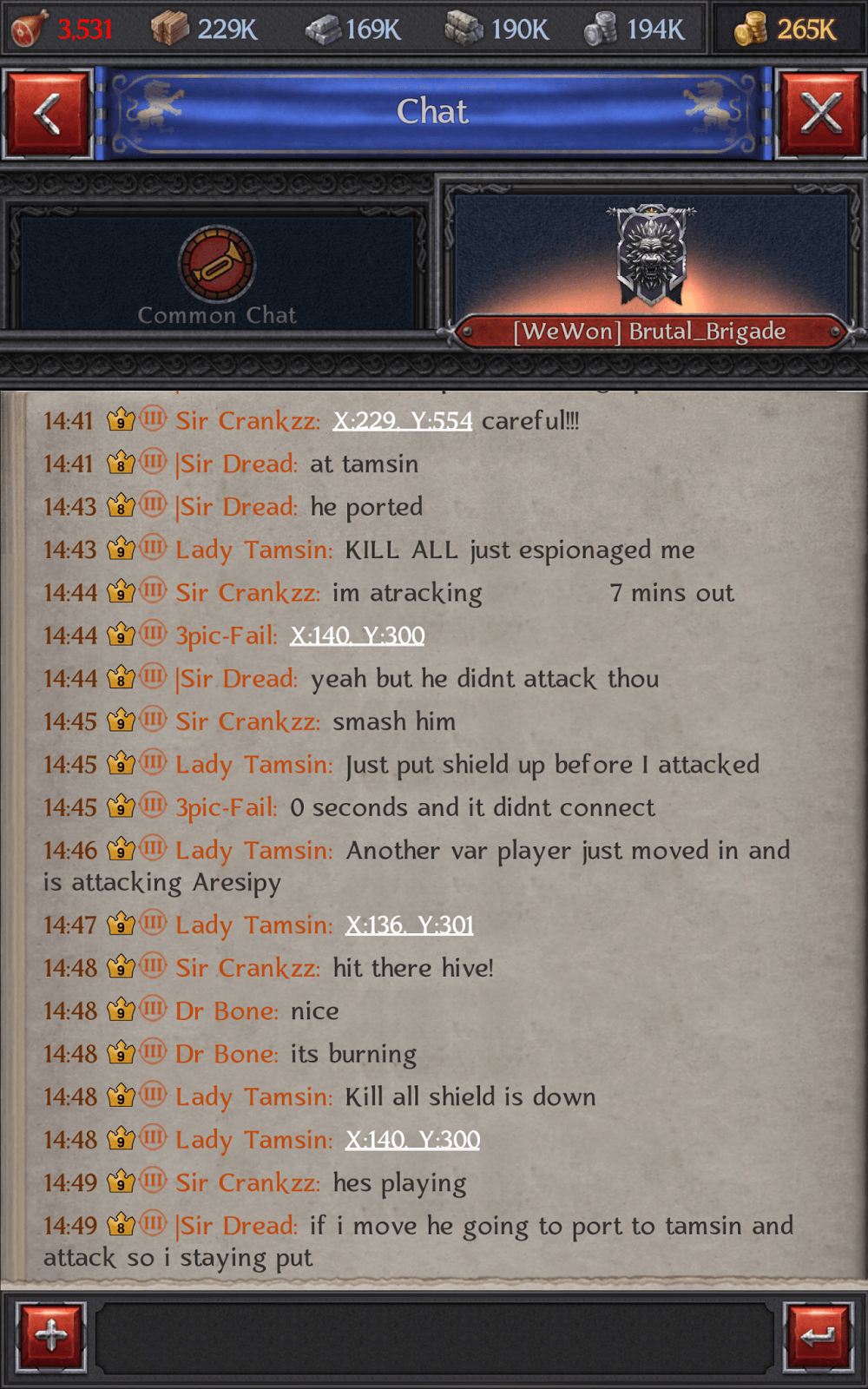 Even as we write this edition of the Chronicle, war rages on between these two Orders with no end in sight. Leaders within the ranks of the Brutal Brigade are actively encouraging their members to "bubble up" and protect their towns from the inevitable retaliation attacks they see coming their way.

This truly is a violent start for the new Kingdom of Irenberg, and one that will be remembered for years to come as dark days indeed...