An Arms Race Begins as War Looms on the Horizon

A Kingdom vs Kingdom event is about to begin between the mighty Craustland and another Kingdom, only days older, known as Brandeverd. Craustland is a Kingdom that the Chronicles has visited many times in recent months, but Brandeverd will be new to any of those who have not yet had the pleasure of visiting these noble lands.

This upcoming battle is highly anticipated, and as we speak, top-tier Orders from both Kingdoms are preparing for bloodshed and war. Victory yet hangs in the balance, but as can be seen by visiting these two lands, this duel is destined for the history books as their evenly-matched armies take the field. 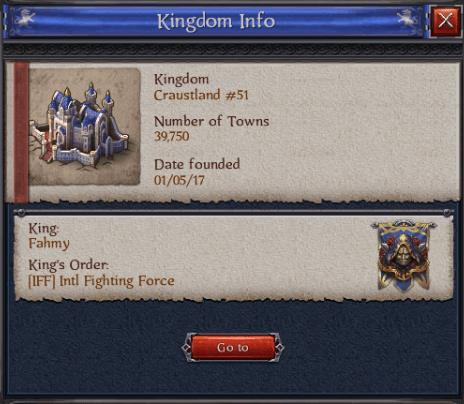 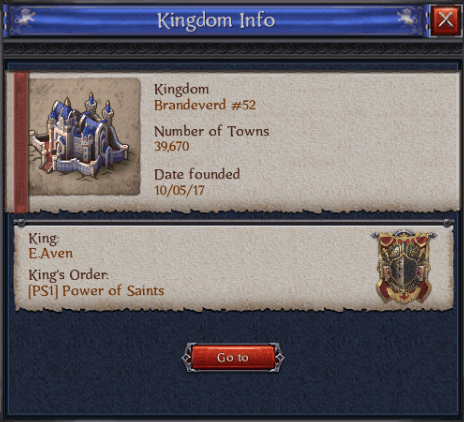 Currently holding the King's Order and controlling the lands in Brandeverd is the Order known as the Power of Saints, while in the lands of Craustland, Intl Fighting Force rules over the land, peering down from their seat of power and keeping a watchful eye on their citizens.

It therefore comes as no surprise, with this event approaching on the near horizon, to see that the Masters of the lands have initiated a grand tournament as a friendly contest between peers, to spur a great production of new forces and armies.

Currently underway is the "Training Warriors" event, an event that will drastically increase the sizes of the armies from both Kingdoms, armies that will soon be newly minted and sent off to do battle against one another. 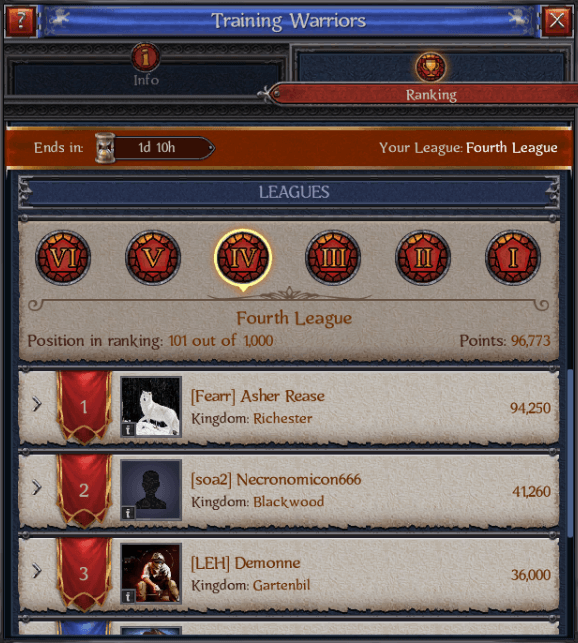 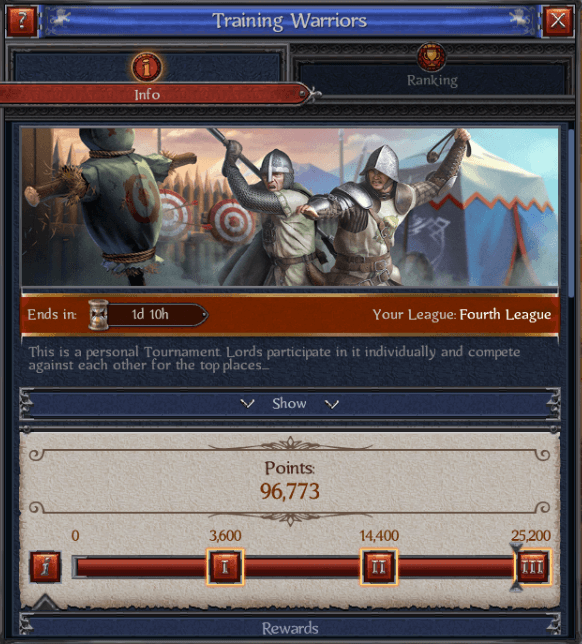 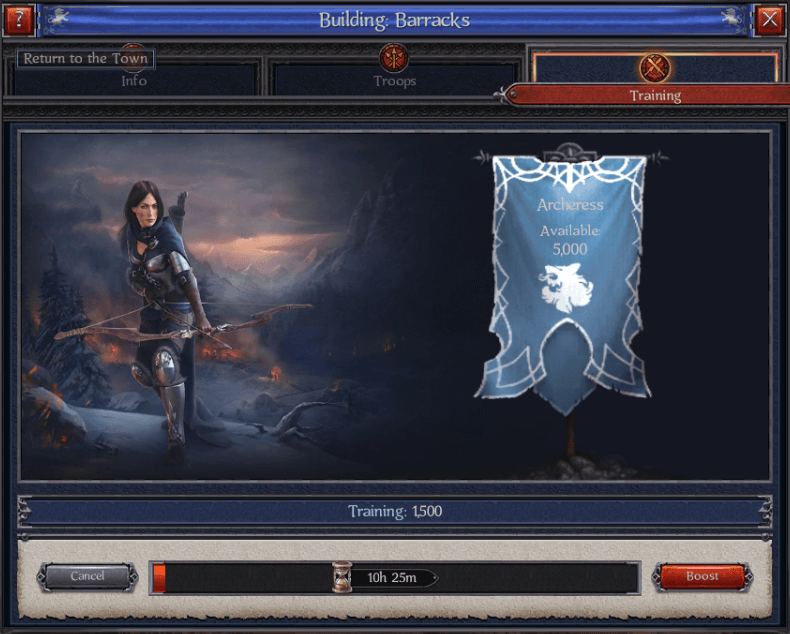 Because of the importance of claiming victory in the upcoming war, Lords on both sides are issuing grand rewards for those who achieve the three tiers of success, rewards that will increase and strength of their Bannerman that much more in the coming days.

The Chronicles awaits this event with great anticipation and will record the action in the coming days. Who will be the victor is yet to be seen, but one thing is certain: brave heroes will ride into battle, conquering and destroying their foes in the name of honor and in the name of the lands they call home. Stay tuned.