The lands of Richester find themselves surrounded on all fronts. Not only must they contend with new neighbors, some of which they have little to nothing in common with, and must vie for an ever depleting stock of resources, but so too must they deal with the threat of Assailants. These are vile minions who were here long before the citizens of this Kingdom came, and plan on being here long after they are vanquished. Or at least so they think. 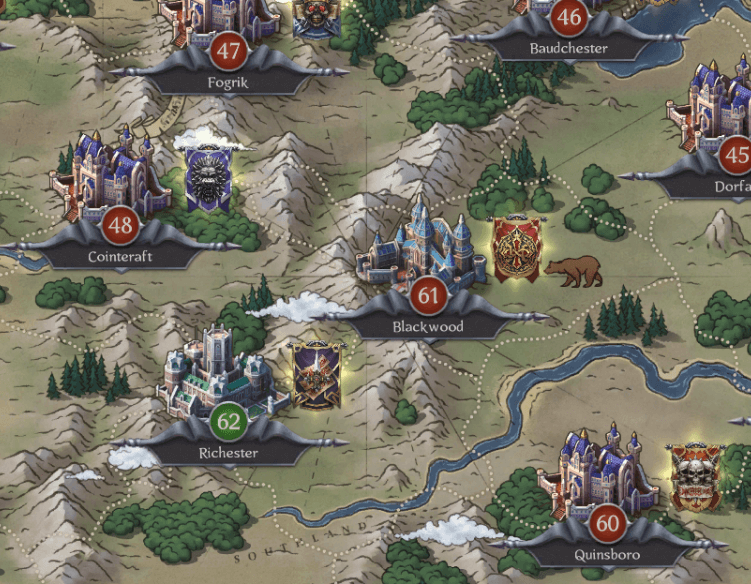 These Assailants, or "pests" as many would like to call them, have been a constant thorn in the sides of all the Lords and Masters who inhabit these lands, harrying their caravans, pillaging their foresters and sacking entire towns as they attempt to establish themselves.

They come in all shapes and sizes, some are simply defected knights, who are now considered outlaws in their native Kingdoms. Some are wild men, savages, if you will, while others are much more demonic in nature. Yet, one thing they all have in common is their thirst to see the progress of Richester halted, at all cost. 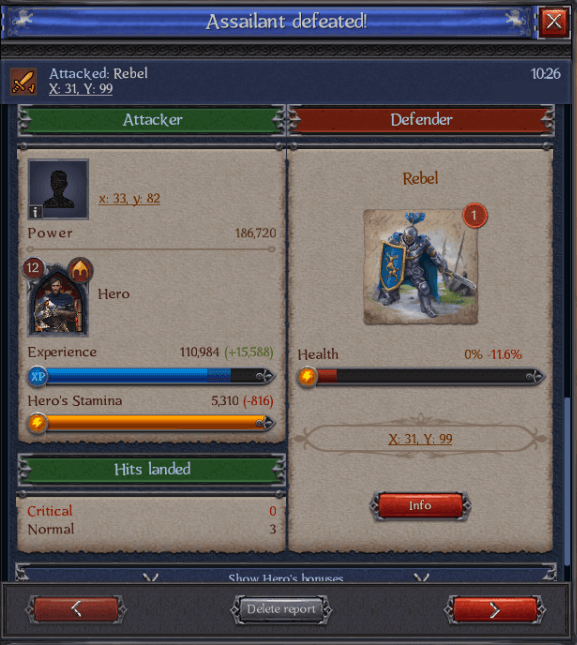 Some, however, come from the very ranks of the people who have migrated here, ones who have turned on their own and murder them in the night. This has resulted in many of the new migrants who call this land home being afraid to leave their homes at night, fearing that the Executioners will strike them now in the streets. These murderers who now prey on the weak must be stopped. 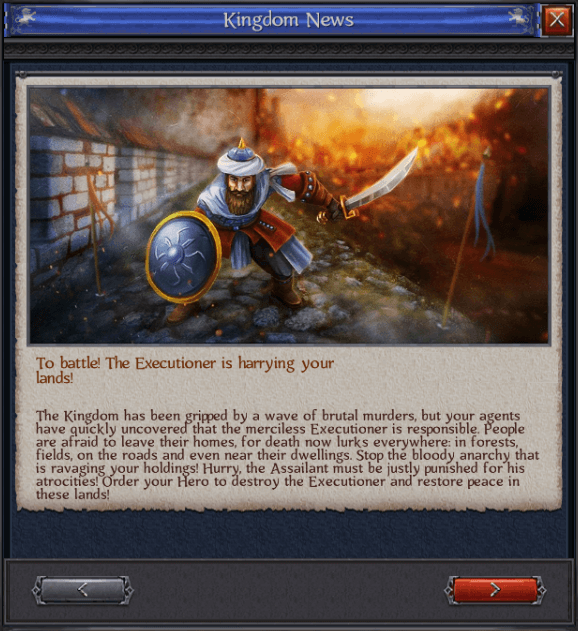 Things may seem grim, but take heart, for action is being taken as valiant heroes ride out to do battle against these evil foes and rid them from the land so that it can be properly established and conquered.

In addition to this being the right thing to do, the prospect of great riches looms on the horizon for any hero that would take action. These of course are the coveted "spoils" of war, which are needed to better equip your hero and upgrade both your town and armies strength. 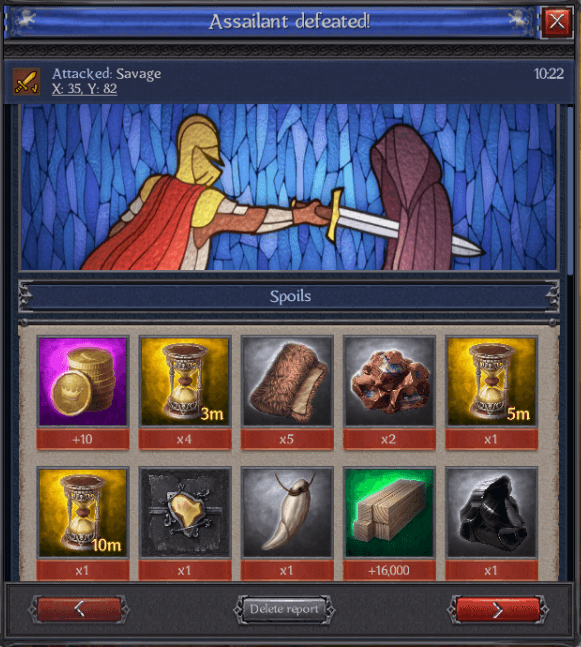 The age of fear and doubt is soon to be a thing of the distant past for the lands of Richester, as mighty warriors will not sleep, will not rest, until the lands are taken in their Masters’ names and are safe once again for them, and their families.

A new dawn for Richester approaches, of this we have no doubt.