Old allies turn on each other. The Warlocks attack and besiege the homelands of the Empire of Wolves. A vicious and bloody war erupts, and emotions run high.

Old Allies Turn on One Another

Under attack and under siege. Relations have broken down between two old, stout allies, and all that remains is violence.

Once a united force, the Werewolves and the Warlocks--the former now going under a new name, the Empire of Wolves--have turned on each other and in no small way.

These battles have escalated all the way to the beacon level, with the Warlocks initiating the strike against their former allies, launching a full-blown assault on beacon 97 held by the Wolves.

With the attacks landing all around them, the Wolves had no choice but to call their men and women to war, gathering their swords, spears and bows, they took to the ramparts to defend their homelands. 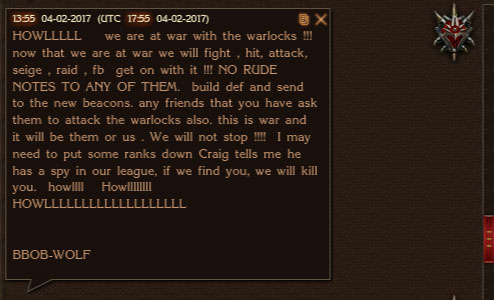 With the leadership of the Empire of Wolves officially declaring war and not bending to the demands of the Warlocks, their forces marched out and retaliated in kind, attacking the opposition, while attempting to shore up their defenses at home.

Yet the attacks continued on; the Warlocks clearly had no intentions of backing down from their threats and wished to make good on their promise of further actions if the Wolves did not capitulate.

Launching numerous softening blows, they attacked the Wolves’ remaining beacons, attempting to soften their forces in the process. 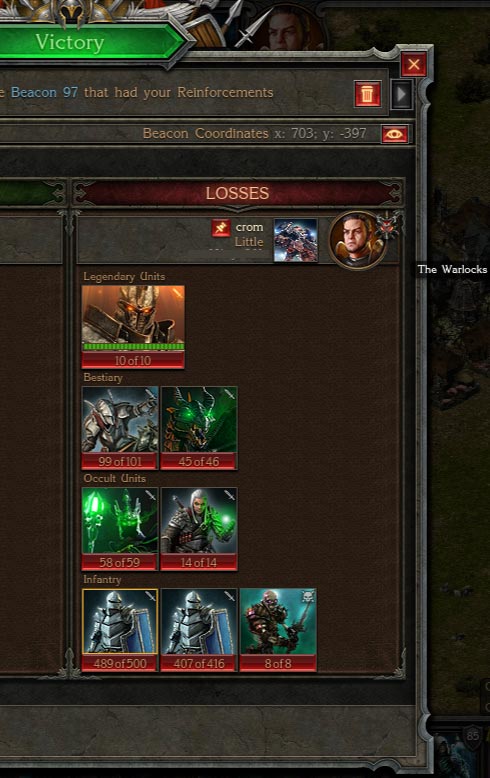 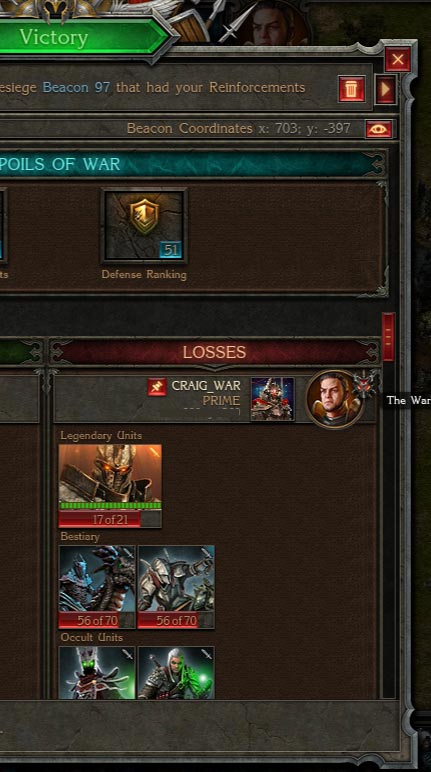 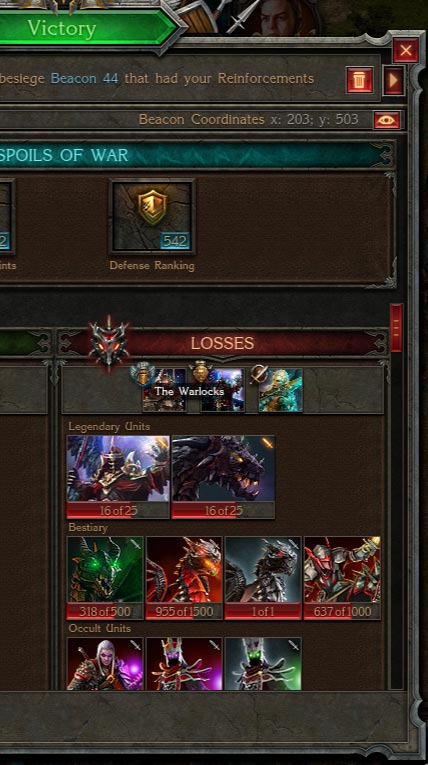 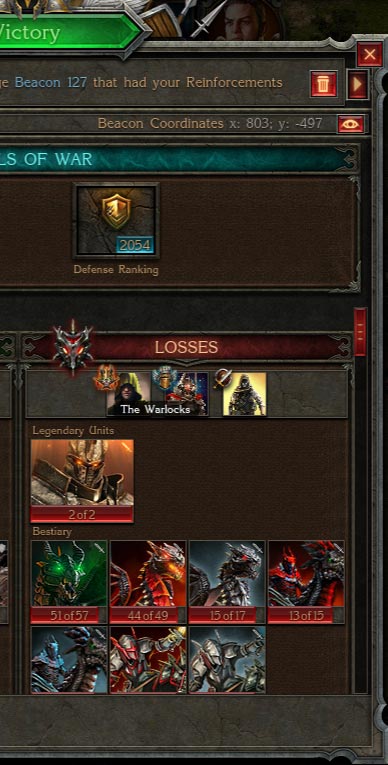 Although successful in repelling attack after attack, it was only a matter of time before the forces of the Warlocks found a breach as the defenders grew weary and tired from the never-ending assaults. 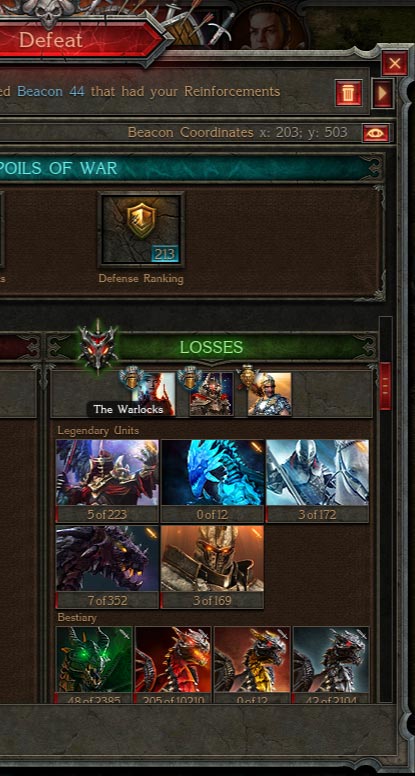 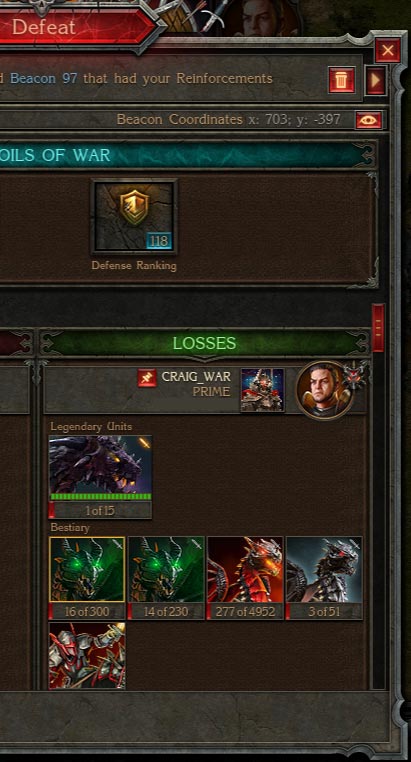 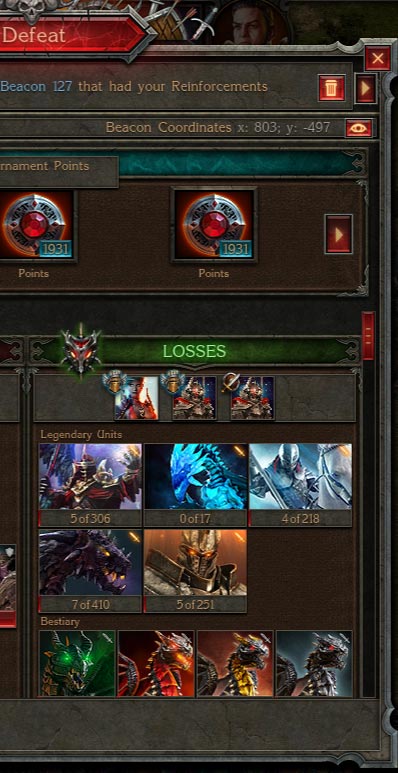 As witnessed through the above battle reports, the Warlocks were not only successful in taking down beacon 97, but also toppled beacons 433, 44 and 127 in rapid succession, paving a path of death clean through the Empire of Wolves homeland.

Far from over, this war between old friends rages on. The Wolves have retaken much of their land at the time of writing and are already in the process of the shoring up and re-fortifying their strongholds, while at the same time striking out and retaliating in anyway possible.

Clearly, with emotions running high and with so much blood yet to be spilled, this is one war that is sure to drag on for many moons, with no clear victor yet in sight.