Defensive Units require the relevant Lost Art to be discovered as well as the construction of a required building from which they alone may be recruited. Units with higher defense stats are charged with protecting a player's own Castle, though they may be sent into the Catacombs when not needed. Defensive Units may be upgraded with Lost Arts and Skull Runes, and with Dark Essence, which will also reduce their food consumption. Defensive Units have a reduced load capacity compared to Attack Units.

Defensive Units may be tasked with performing a variety of duties, including reinforcing Hamlets, Beacons, other players’ Castles, and other sites. Despite their main defense designation, they may also be sent to attack tactically as well as to besiege. Normally, using Defensive Units to attack is not recommended, and players are warned via a pop up message if they chose to send some or all Defence Units on such tasks. However, you may come up with strategic reasons for creatively using Defensive Units in ways other than defense.

Although it is possible to eventually gain many types of Defensive Units, Infantry are the first and most basic type you will unlock. They are cheap, easy to obtain and are recruited quickly. Also, the Archer, while being the most basic Defensive Unit, boasts almost the highest speed in the whole defense class. Along with the Archer you can get up to 50 Wraiths, by converting them from your friends. Wraiths are listed as an Offensive Unit but can be used as defensive troops as well.

Infantry Units are the best choice for low-level castle defence and defensive Battlegrounds raiding before the player has unlocked more advanced Defensive Units. Advanced Defensive Units, such as Vampire and Shade Units like the Lost One or the Huntress, are more complex. They are harder to build, need special resources (Lost One), but have abnormally high speed, good all-round defense parameters and have the biggest carrying capacity among all Infantry Defensive Units (except Wraiths). 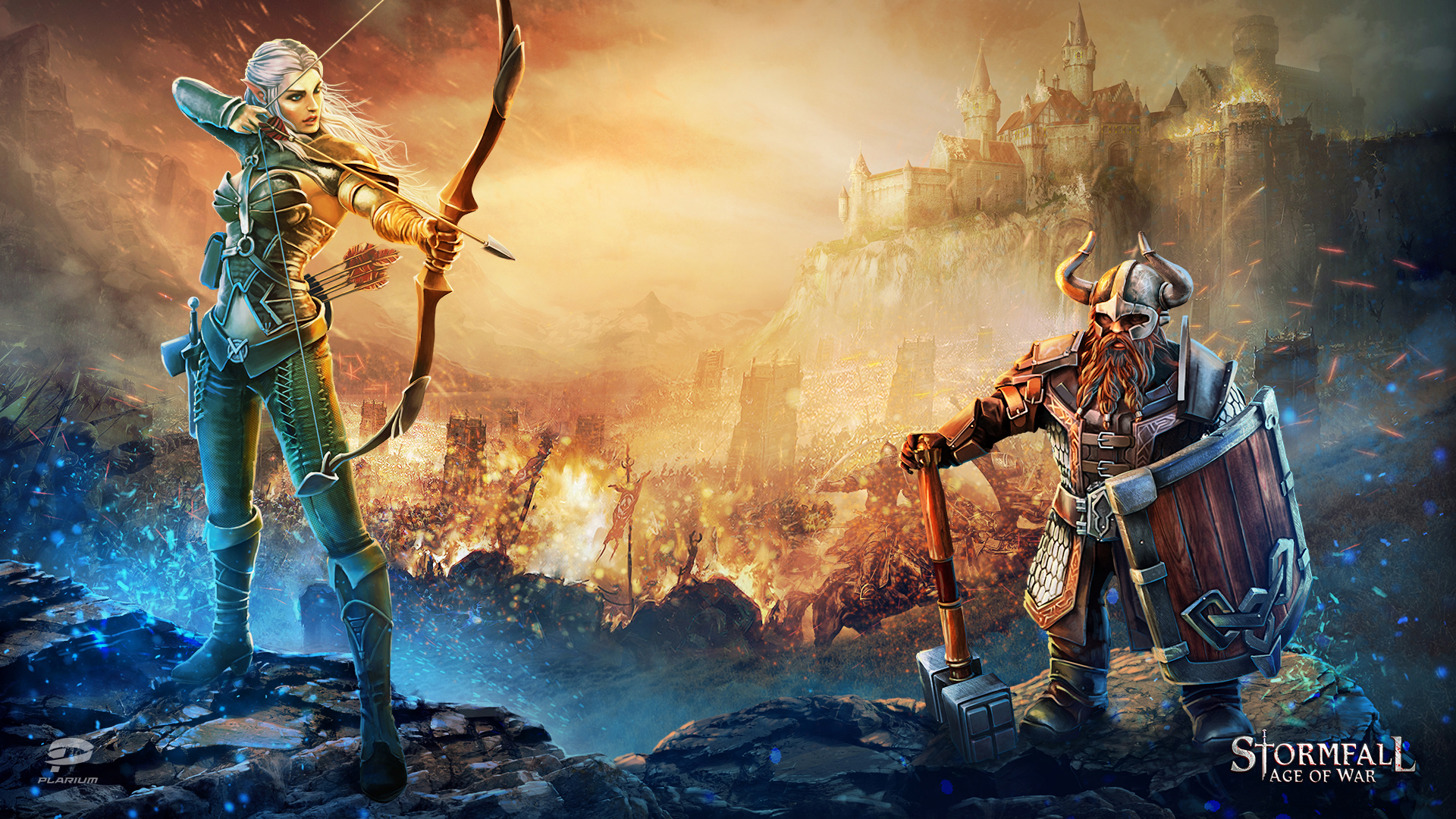 Cavalry Units are purchased from the Order of Knights. They are not always the fastest Units, but are much stronger all round than infantry. Cavalry Units are good for defending Hamlets. They are more cost-effective in comparison to Infantry, they are cheaper to maintain and have a higher load capacity. Reiters are the most versatile Defensive Cavalry Unit, packing enough punch to fend off even Occult and Bestiary Units.

Occult Units are purchased from the Council of Mages. They are far more expensive and slower to produce than any of the other Units by far, and have much higher stats than Infantry and Cavalry. All Occult Units are relatively slow, which makes them best used as garrison Units. They are used best against Occult and Bestiary Units.

Bestiary Units are top of the line troops that are the best choice for defending the most precious possessions of your League - like Bastions and the League Fortress. To hire them you need to build the Hall of Shadows and research some Lost Arts.

Bestiary Units’ power levels justify their high production cost: One Griffin packs more defensive power than thirty Archers but consumes only 4 Food per hour instead of 30. Undead Dragons are even more powerful, but most of all, they are precious for their speed: they move two times faster than Griffins and allow you to create a truly impenetrable defense in a short time even across great distances.