A New Age and New Pantheons

New pantheons have burst onto the scene, and this is not the realm it once was. Coalitions have been toppled and new powers have risen. Who will control the map going forward and who will reap the riches?

Breaking news! New pantheons have risen from the ashes of the earth and burst forth on the scene! This is an event that has happened many times in the past, but never, never has it ever happened during a period of time such as this!

As everyone is well aware, the map has changed, many of the old powers that once dominated the realm have been toppled and new seedlings have grown into prospering coalitions. This rise of new pantheons is the first of its kind since this new power structure has taken hold and it is anyone’s guess as to what is now going to unfold.

What we do know is the current facts and who has been successful in throwing the Persian forces led by Xerxes back into the hinterlands. In the North East we have some familiar faces and some of the new rising stars spoken of earlier, taking and securing pantheons for themselves.

As can be seen from the image above, The Razorbacks, Stronghold, Olympe and Mayhem Makers were amongst those most successful early on in securing and taking the newly risen pantheon positions.

Meanwhile, in the Mid-North, we had a very different scene unfolding, one that showcased a number of the old powers that once fully dominated the map.

Thersites Rising, LS Black Legion, Enyalos, Band of Killerz, The Terminators and Death Inc took possession of the coveted seats of power in the Mid-North.

What is most interesting here is the resurrection of the Death Inc, once the most powerful coalition in our realm. They have risen from their ashes and are letting all in the realm know that they have never truly gone away, throwing their hats into the fray and attempting to regain some of their lost glory. 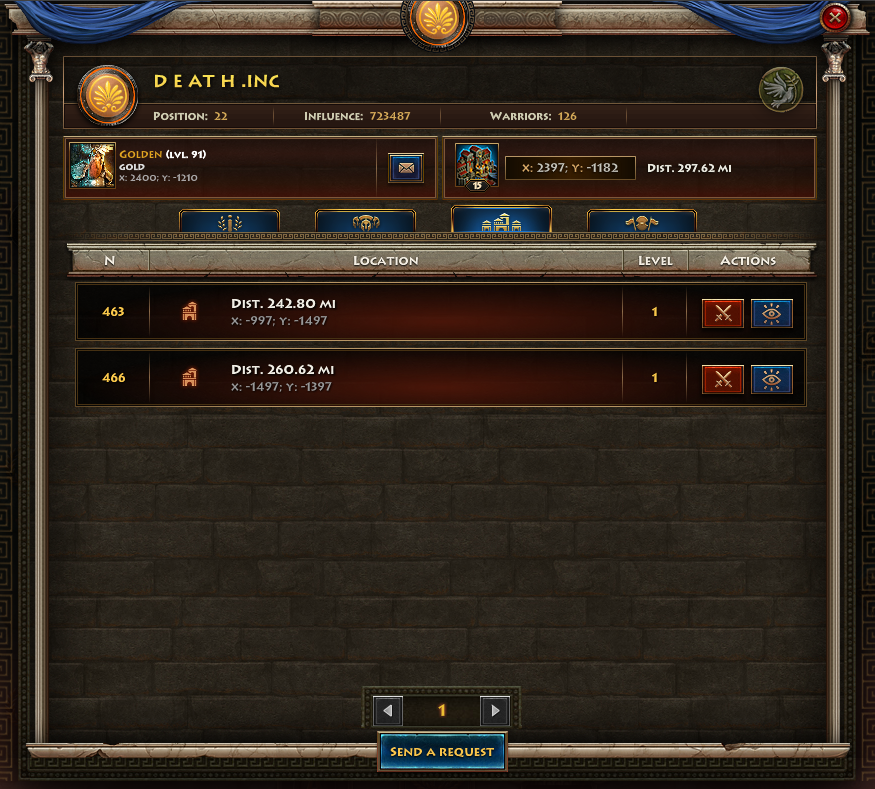 Finally, in the North West, where a number of small skirmishes for possession broke out, we have seen that the dominating forces during the time of writing were once again the Terminators, Death Inc and then the Association. 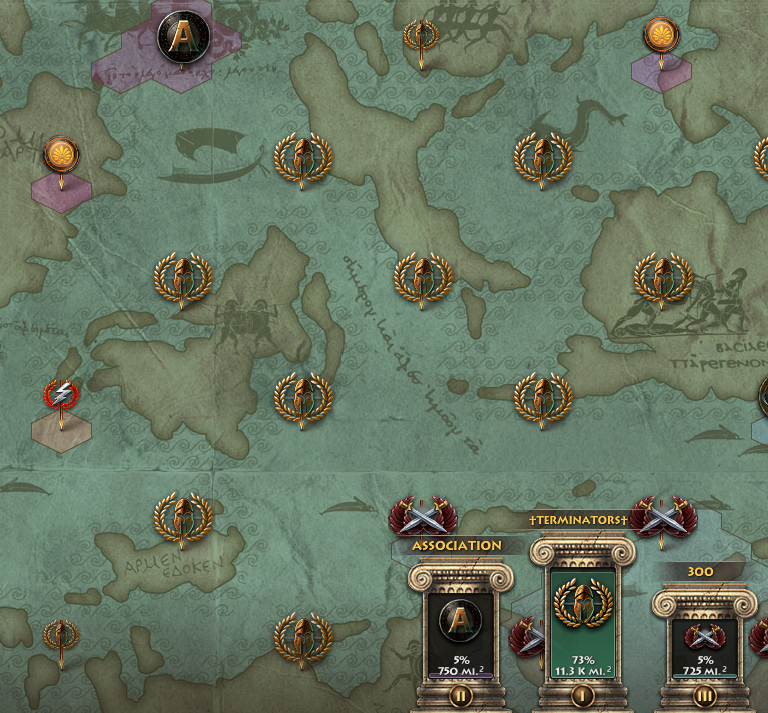 Wasting little to no time, the great powers of Hellas sent forth their workers and immediately began upgrading numerous pantheons that they deemed most valuable. Many coalitions rapidly sent defensive divisions to man the gates and quickly raised the levels of their pantheons, thus making them more powerful and more secure in the process. 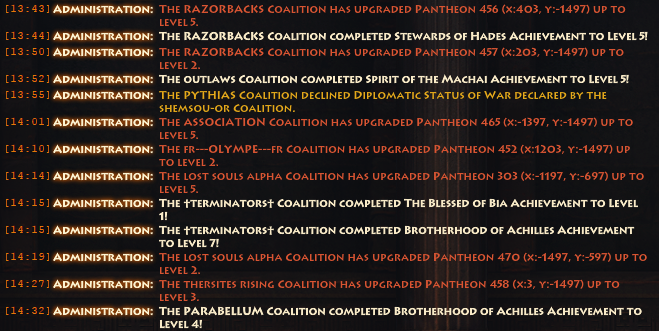 One key position that the Chronicle has found most interesting, besides the rise of the Death Inc, is that of the Association. This coalition has once again taken and secured a pantheon, something they have not done in quite some time.

Not only that, they took one of the most valuable pantheons that exist in the realm, a corner edge. These valuable sites award the most influence and power of any pantheon you can secure.

The Association has been in a bloody and violent battle with the Terminators and it will be interesting to see if, now given a target, the Terminators will strike out and seek vengeance against their enemies.

Regardless of what is to come, this historic event marks a new age in our realm's history. What is to come next is anyone’s guess, but regardless of the outcome, the Chronicle will be on the front lines, reporting back to you with the latest news that affects you, the citizens of this great realm.