The war between the Lost Souls and the Outlaws continues on, with the latter taking down five of the former’s pantheons. Will this war ever end? Will the madness ever stop?

The Outlaws Campaign of Violence Continues

The Outlaws are a small coalition that continues to attract new, powerful, and aggressive members. They have attracted these Bannerman with their violent nature and their no-holds-barred attitude. Numerous times in the past, we have seen relatively unknown coalitions rise from nothing, growing into prosperity through this recruiting method.

The target that they have chosen is one of the most powerful networks of coalitions in the realm, the Lost Souls. Their battles have been well documented in the Chronicles and were showcased just a few short weeks ago.

During that time period, the Lost Souls were under assault by a large number of enemies, all of which they were able to either silence or repel: all except the Outlaws.

The battles between these two sides continues on to this very day, with leadership in both parties calling for action against the opposition and encouraging their warriors to battle on. 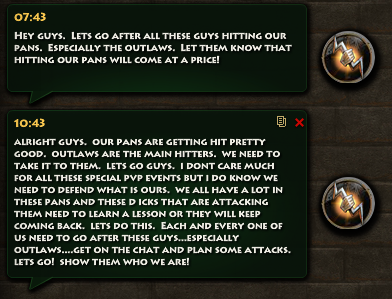 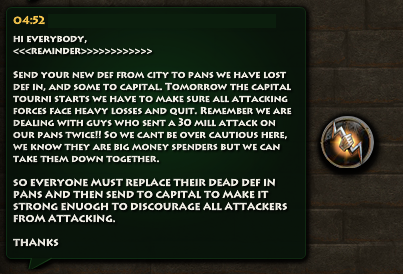 As can be seen from the images above, the Lost Souls have been forced back on their heels. Responding to the attacks issued by the Outlaws, they have continued to reinforce their Pantheons as the enemy continues to batter at the gates in a near endless stream of assaults. 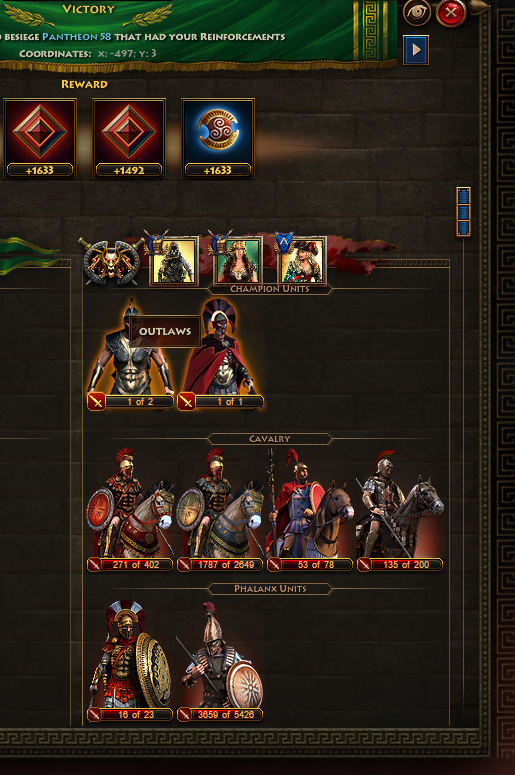 Until recently the Lost Souls have been able to handle the enemy, repelling them every time they attacked, but in recent days the tide of battle has shifted, with the Outlaws landing a series of successful blows.

Taking down a large number of the Lost Souls’ weaker beacons in rapid succession, their warriors were rewarded with a huge boost to morale: 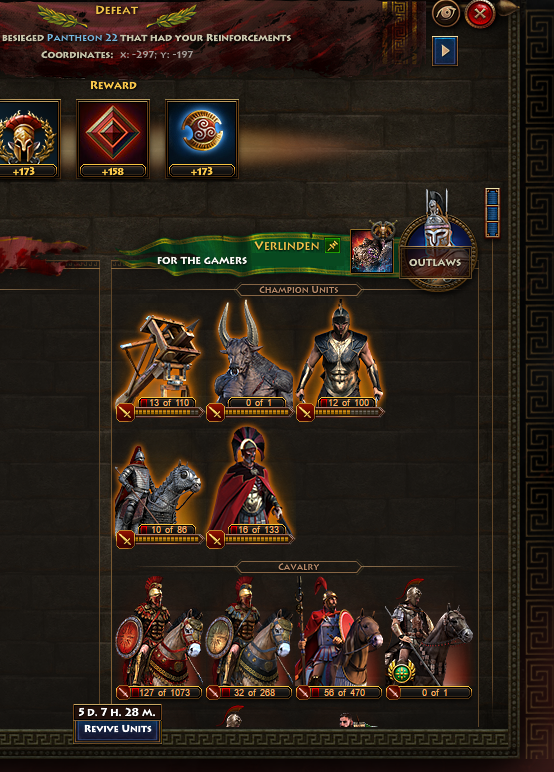 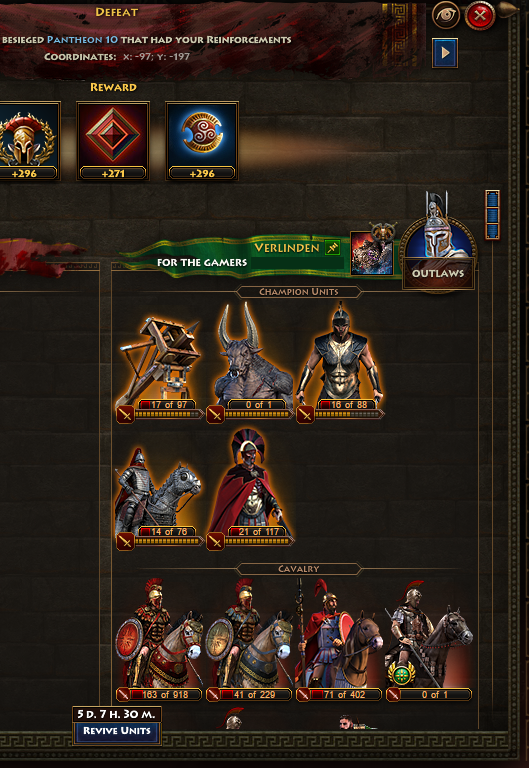 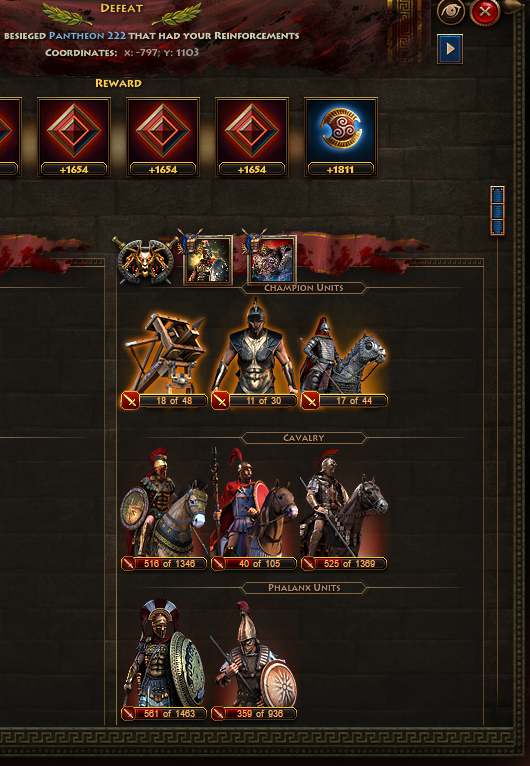 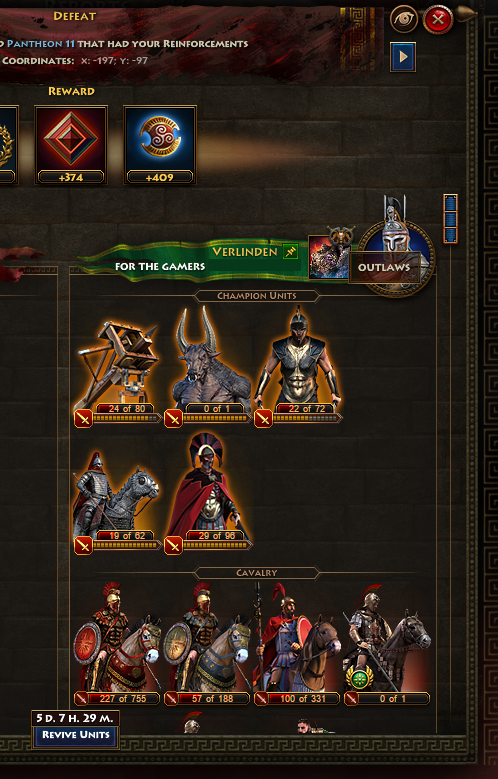 Throughout the course of these attacks, as can be witnessed, the Outlaws successfully toppled not one, but five of the Lost Souls’ Pantheons!

This action made many in the realm take notice of their attacks and this relatively small coalition. One such member even took to the public forums to congratulate their recent victories on knocking the Lost Souls out of the much coveted first place ranking position. 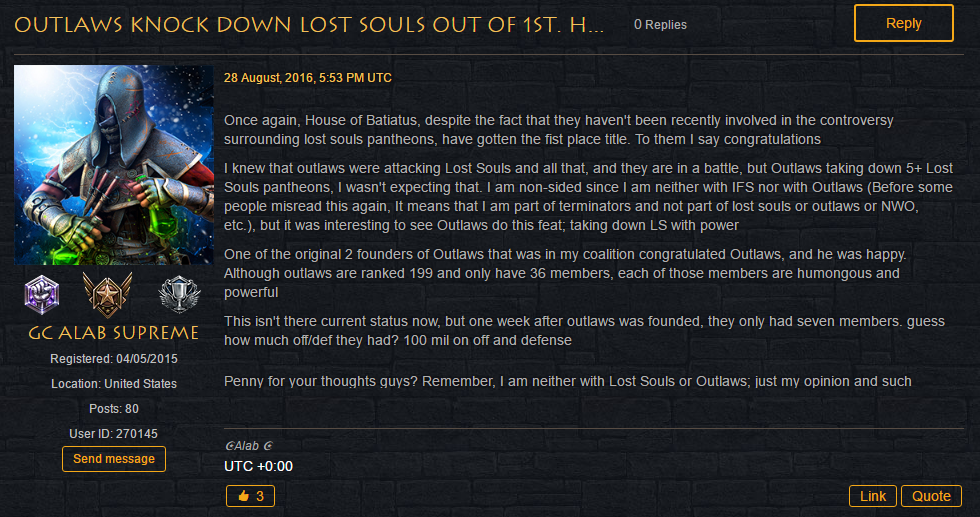 Yet even though the Outlaws have scored a number of major victories, the spoils of war are not yet theirs. As can be seen in their coalition details, they have been unable to hold onto any of the pantheons seized from the grip of the Lost Souls. 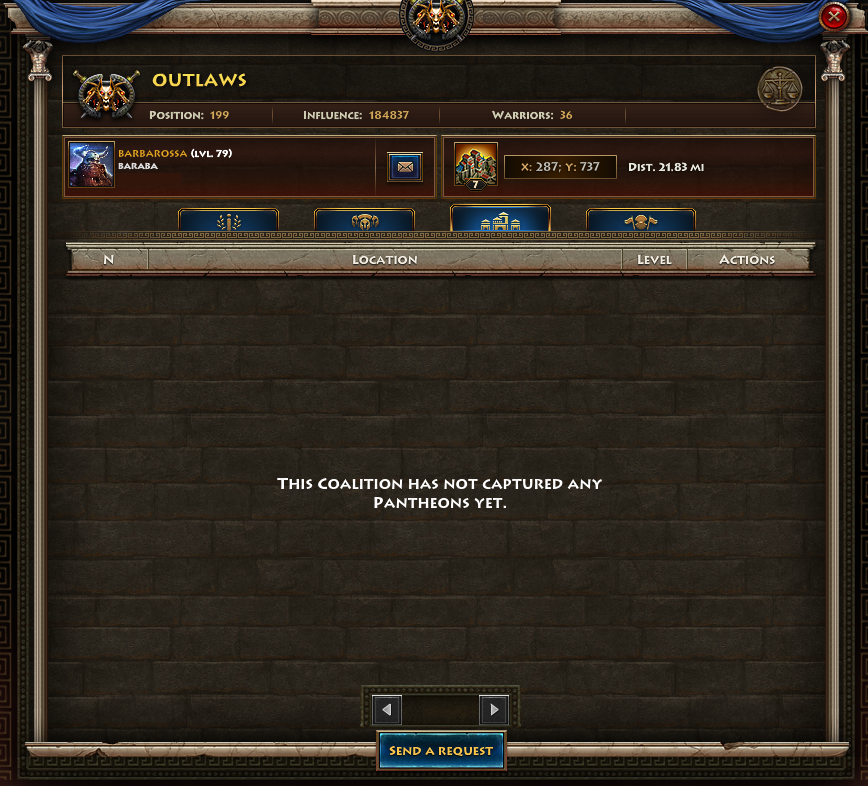 These results prove that the Lost Souls are still a force to be reckoned with. They are one of the top-ranking coalitions in the realm for a reason, and although you may be able to take a pantheon or two from them, you will have a difficult time holding one after that.

They are an aggressive, strong coalition in their own right and will stop at nothing to vanquish their enemies. This war continues on and is far from over, much more blood is yet to be shed, you can rest assured of that.