No Sanctuary For The Shield of Batiatus

The House of Batiatus, a sister league of the most powerful coalition in the realm is spared no mercy. They find themselves under direct assault, but prove that they won't go down without a fight.

A Back and Forth Battle Erupts

The Shield of Batiatus is a sub-coalition of the most powerful coalition in the realm, the House of Batiatus. You would think that this status would offer them sanctuary against their foes and would make those that would wish to do them harm think twice. You thought wrong.

This coalition, which is in possession of a number of Pantheons, seats of powers that their enemies would all too gladly like to see toppled in ruin, have found themselves the target of direct assault. The enemy: Parabellum and the United Nations.

The United Nations has made much news in the Chronicle as of late, for their willingness to wade knee-deep in blood and battle those who would wish to see them harmed. This trend looks like it isn't going to change anytime soon, as seen with the massive attacks launched against the Shield of Batiatus.

In what appeared as if it was a co-ordinated effort (although unconfirmed as of yet), Parabellum and the UN launched a number of attacks against the stout Shield of Batiatus, who found two of their key pantheons surrounded by enemies on all sides, pantheon 393 and 395. 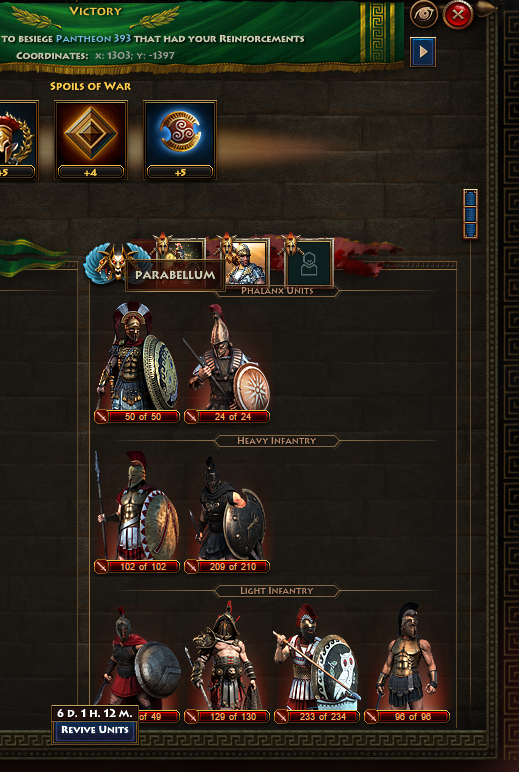 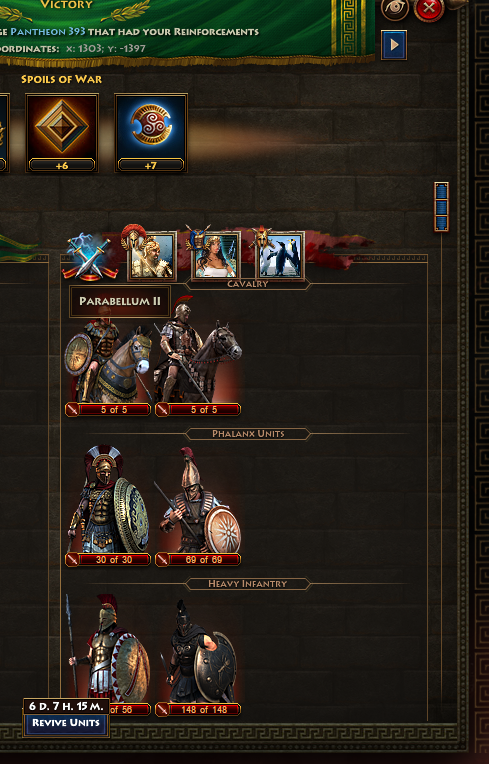 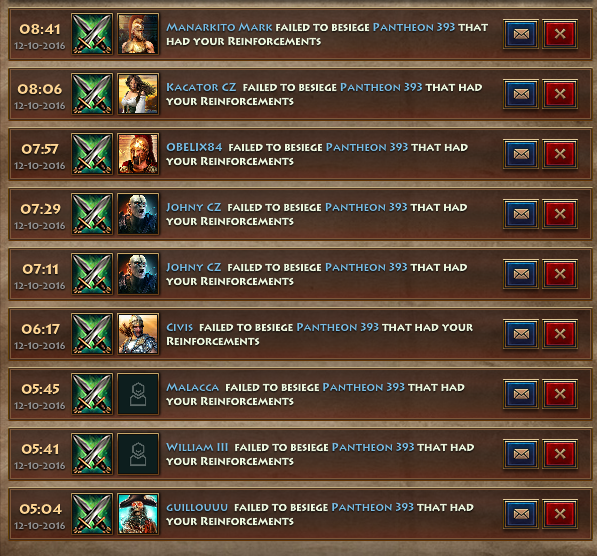 As can be seen from the reports above, the Shield of Batiatus held strong. Their defenders weathered the constant onslaught for as long as they could, but regardless of how many enemies they cast down from their walls, two more rose up to replace that which fell.

It was only a matter of time before they were overrun. 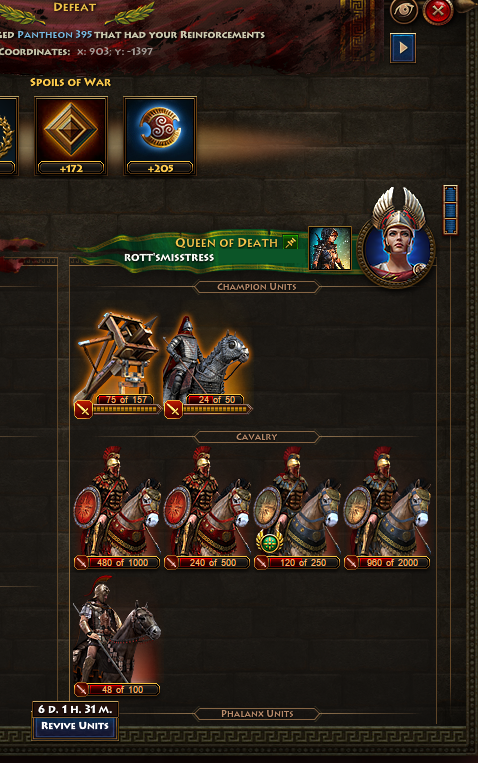 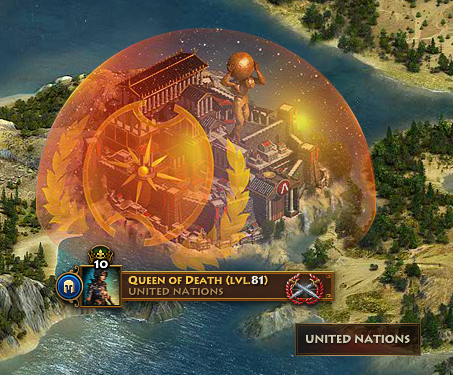 Yet, even with this defeat, the Shield of Batiatus would not be finished. Although routed and forced to retreat and regather their forces, they nonetheless vowed to retake their fortifications and rapidly began making plans to reclaim what was theirs.

In quick succession, a battle erupted for the ownership of their taken pantheons and in the end, the Shield of Batiatus proved that they were a more than capable enemy, retaking and re-securing their strongholds. 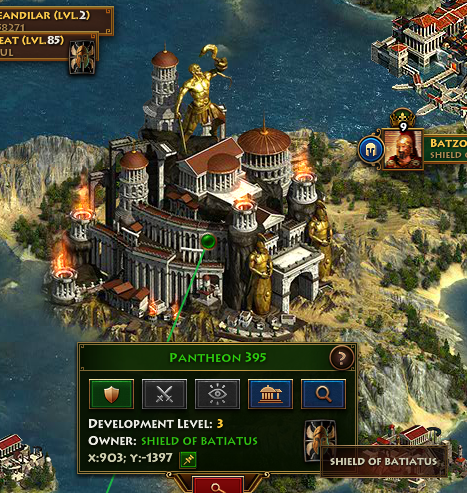 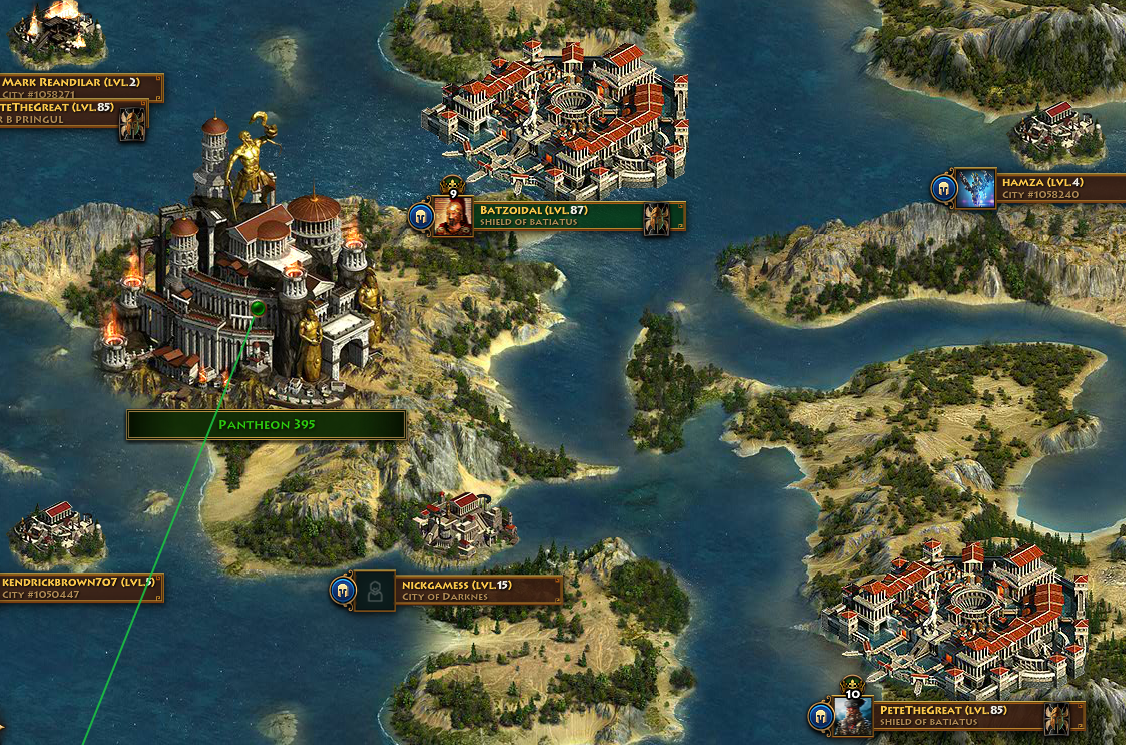 As can be seen from the images above, the Shield of Batiatus moved key members into position, surrounding and building a barrier between their enemies of their re-taken pantheon. Members rapidly began to rebuild its walls, shore up its defenses and supply the vitally needed troops to ward off further attacks by their enemies.

As of this time of writing, tensions are still running high and speculation on whether the fighting is truly over is still ongoing, but regardless of what the future may bring, this battle is has ended for now and the winner is in the eye of the beholder, for both sides have suffered.