Pantheons have arisen and have been battled over. Who has succeeded in their mission, who has prospered? Who has maintained and who has faltered? The Chronicle takes a look.

A Look Back at What Has Happened

A few short weeks ago, the Chronicle highlighted a story that reshaped the realm and our noble map. This story was the rise of the new Pantheons and the battle for dominance over those lands once they had arisen.

Xerxes and his forces were beaten back into the hinterlands, but as we discussed then, this was only the beginning of the story, for the true battle for dominance and control was yet to come. Spartan would fight against Spartan for control of these prizes.

Today, we return to this story and discuss how it has all unfolded. First, we must take a look at the map and see who has maintained, who has lost and who has prospered.

As can be seen from the image above, the North East has been relatively stable, with the Mayhem Makers holding onto their newly taken lands and fully upgrading their Pantheons. The Stronghold coalition, who happens to be sporting a new banner, has also done remarkably well and has fully secured their spoils of war.

Meanwhile, in the North we see a much different scene. The Thersites Rising coalition was unable to keep what they took and have been displaced by the Athena and United States coalitions. As we said at the time, this story was far from over.

Finally, we have the last area where new pantheons arose, and one that we knew would be a powder keg given the occupants that moved into that location. The Terminators and the Association have been at war for months and both took possession of new pantheons in that area. This as we speculated was a recipe for disaster.

Battles erupted and raged over the ownership of the much coveted corner pantheon, which the Association initially had taken possession of. 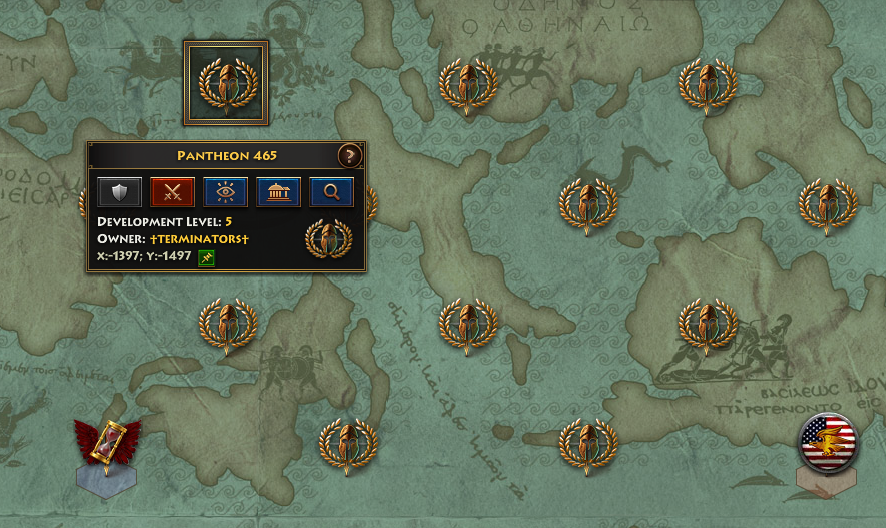 As can be seen from the image above, final ownership went into the hands of the Terminators, who have landed a major victory in this action. Especially since they have been at the receiving end of much aggression and attacks initiated by the Association.

To conclude, we want to go back and take a look at another coalition that had risen from the ashes and was attempting to regain some of their former glory. This coalition is none other than the Death Inc, previously the top ranked coalition in the realm.

Unfortunately for them, at this time of writing they have no pantheons in their possession and thus were unable to properly keep what they took on that day. 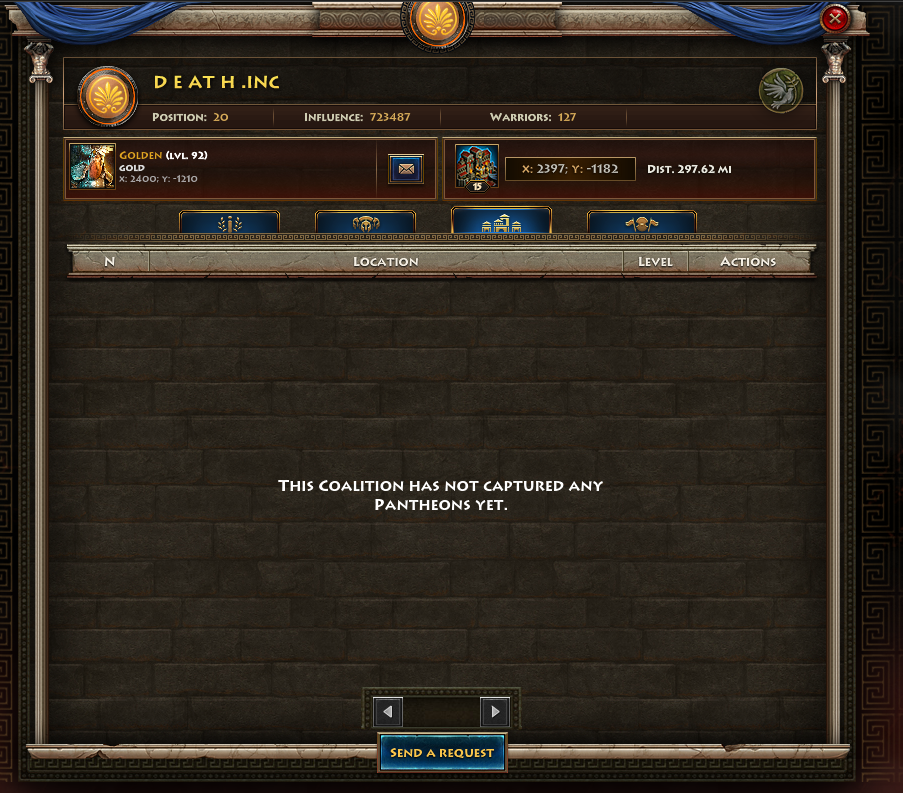 Will they rise again? This is anyone’s guess, but we at the Chronicle are not counting them out yet. After all, this is the eternal battle for supremacy and one that has been fought throughout the ages and will continue to be fought until the end of times.