Coalitions all over the realm prepare for one of the greatest battles of our times. The Pantheon Massacre madness is upon us and untold numbers will perish. Yet a miracle will occur in the darkest of times.

A Terrifying Massacre Washes Over The Realm

A historic event of monstrous proportions is upon us! Known only as the Pantheon Massacre, this event is sure to rock the realm and all those who reside within it.

A strange occurrence during this event will result, in which great, massive armies will march out to smite their enemies and vanquish their foes. Many will die upon the field of battle, yet a blessing of great magic is to occur after the conclusion of the event. 90% of all those lost in battle fighting over a Pantheon will rise from their graves and return to the ranks of their masters.

Immediately upon hearing this drastic news, coalitions all over the realm, looking to protect their borders and lands from invaders began to mobilize their forces and secure their lands even further.

For not everything lost in these battles will be regained. Pantheons can still be downgraded, and inactive Bannermen, those who have armies sitting idly in strongholds, will miss the opportunity to resurrect their forces and thus be lost forever. 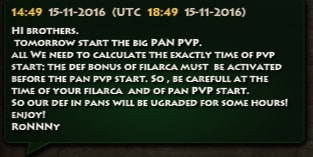 As the event unfolded, Hegemons mustered their forces and continued to encourage their citizens to do their part and take action in the defense of their homelands, for if they were not willing to fight and risk it all, then who would? 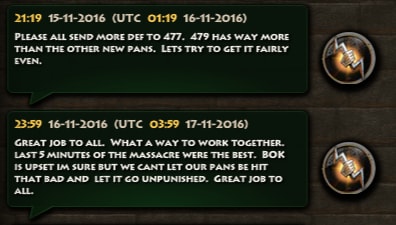 Still, all the same, many Coalitions were simply unwilling to let this opportunity pass them by and leaped at the chance to inflict mortal wounds against those who have wronged them in the past.

Great battles erupted all across the realm and a sea of red flooded people’s text boxes, as the armies moved and crushed the defenders under their feet. 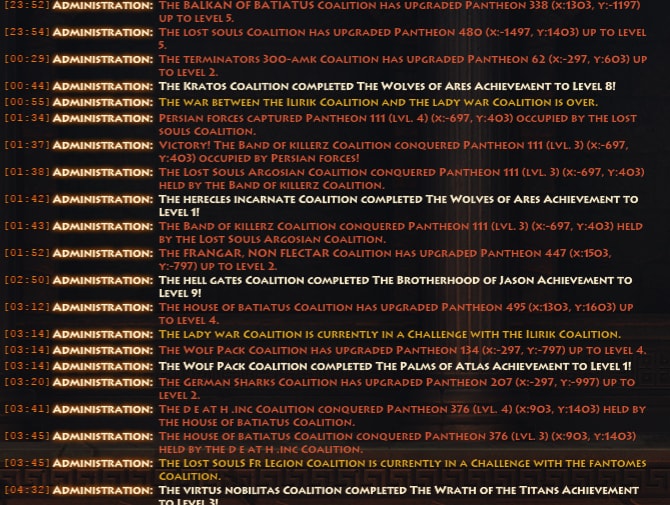 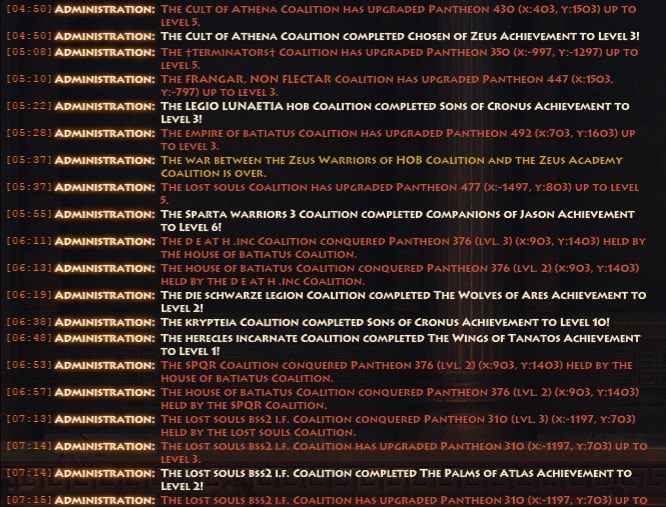 Blood, body parts and madness of a level never before seen flooded the streets of sacked Pantheons, and the dead piled high in front of those fortifications that were successfully able to repel those who besieged them.

Yet, in the end, only a small handful of coalitions has been able to claim the honor of coming out on top. As the dust settled, the winners of this first-time event were made clear for all to see. 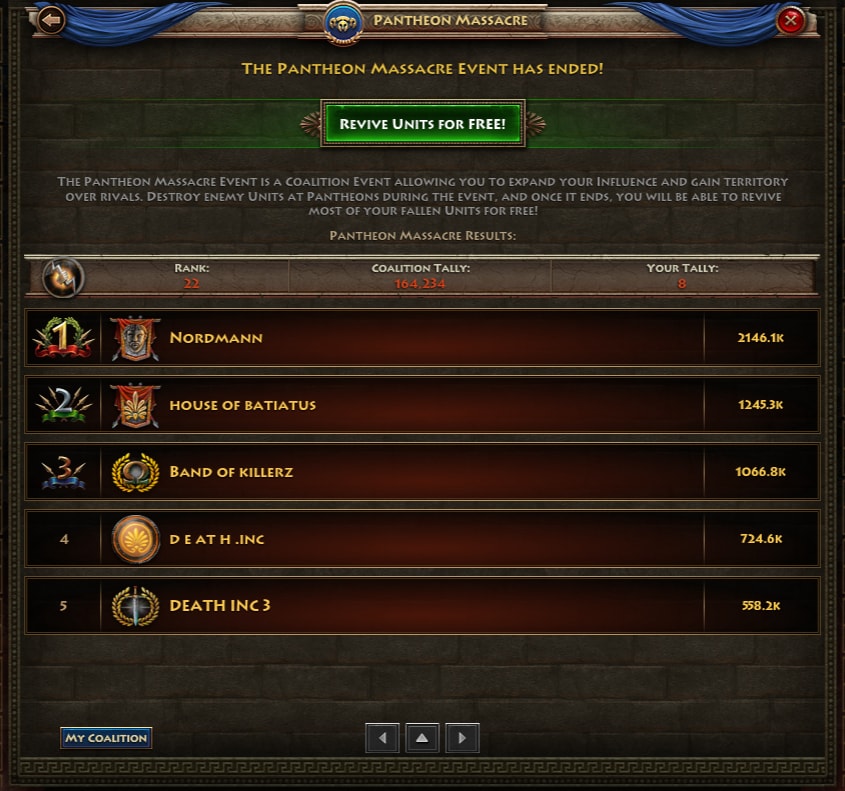 Even though many took part in this gruesome event, others still abstained from it, knowing that there would be long term ramifications of blindly striking out and creating numerous enemies in the process.

Others simply had more than others to lose and hoped to lay low, drawing little to no attention to themselves. 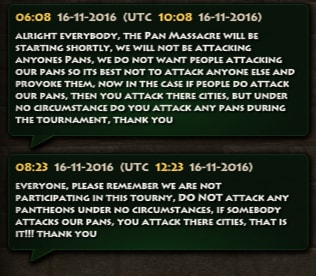 Either way, the dead mounted in untold numbers and many waited nervously to see if the promised miracle would indeed unfold as prophesied.

Fortunately, the wait would not be long in the coming and those who were holding their breath in anticipation could let out a long sigh and take in a deep breath of fresh air.

Truly stunning to see, the miracle came true and 90% of all those fallen in battle rose forth and rejoined their brothers and sisters in arms, almost as if nothing at all had occurred. Truly the greatest miracle of our times.

The gods had toyed with man over this past week and it is uncertain whether many will be given another chance on life, or if this was a one-off event. Regardless, the realm has been hurt deeply from the machines of war that rampaged across the countrysides and will be long in the healing.