New pantheons burst onto the scene, surrounding the realm and greatly expanding our lands. Coalitions beat back the dark forces of Xerxes but now must contest their fellow man. The race is on.

Coalitions of all shapes and sizes gathered their forces, prepared as best as they could, and marched out to fight back Xerxes and his Persian forces who occupied these new seats of power.

Although the Persian interlopers battled back fiercely, they were of little challenge to our realm’s stout warriors and were once again sent retreating into the dark corners of the realm, as they have been throughout the ages.

Still, this was just the beginning and the true test of our warrior's mettle was yet to come, as they would now have to face off against their fellow man, who would not give up these new prizes quite so easily.

As numerous battles large and small erupted all over the realm between various coalitions, a pattern began to form and coalitions began to put down their roots, creating an early image of who would control what in the days to come. 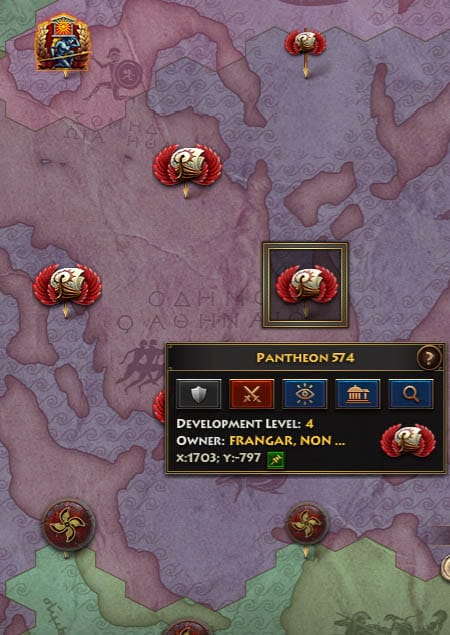 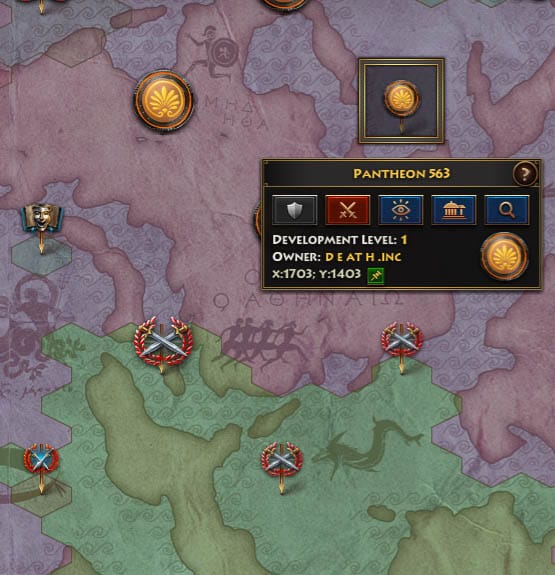 As can be seen from the images above, the new pantheons stretched around the realm and were numerous in quantity. Yet, as always, edge pantheons are some of the most desired and sought after due to the massive amount of land and influence that they offer to the coalition that is strong enough to retain them. As expected, they were snatched up quickly.

The Kraken, Equilibrium, Frangar, Nordmann, Stronghold, Razorbacks, Terminators, Lost Souls Alpha and Death Inc are just a few of the many coalitions that could be seen moving into their new bastions of power.

Still, even though they were in possession and behind stout walls, enemies could still try to take their new trophies at this time of weakness. Defenders would have to be moved in quickly, and upgrades to strengthen the pantheons would have to begin immediately, which is exactly what we witnessed all over the realm. 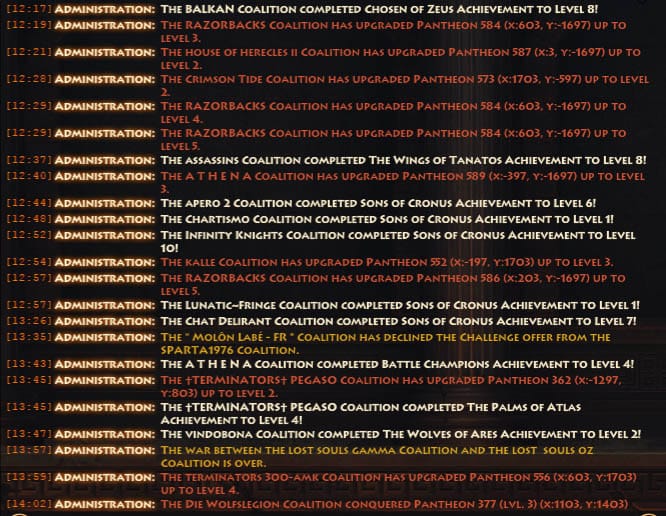 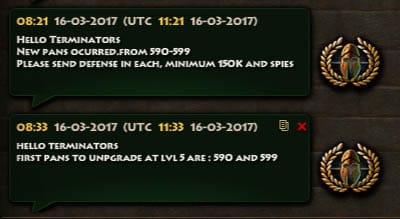 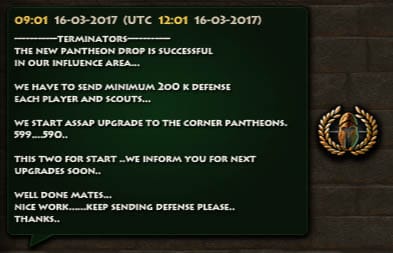 Most established coalitions were able to expand their lands, while a small number of new faces have come onto the scene. Still, in this critical time, anything could happen, and for many days going forward coalitions will be on high alert, scanning the horizons for would-be conquerors, which could come at anytime and from any direction.