The Chronicle returns to you once again from the battlefront surrounding the House of Batiatus and the enemies that they are deeply embroiled in a war with. A turning point has been reached and we hope that this will be the end of this conflict and mark a conclusion, no matter how grim or bloody it may be.

Fed up with being subjected to non-stop strikes, the leadership of HoB had enough and issued a hit list on one of their most annoying enemies during this recent war, Thersites Rising. Their pantheons would be the target and the HoB would not stop until they were beaten, battered and broken. Revenge would be theirs. 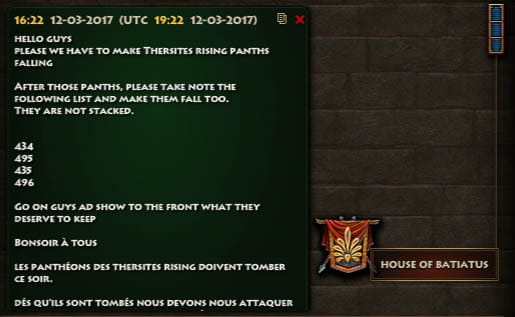 As the House of Batiatus gathered their forces and their men of war, their enemies continued to batter on their last remaining pantheon, pantheon 378, which was only lightly defended by HoB forces--an intentional choice. 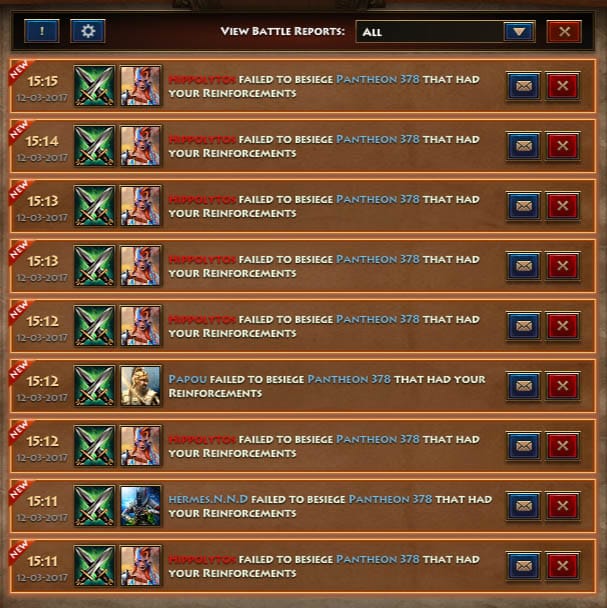 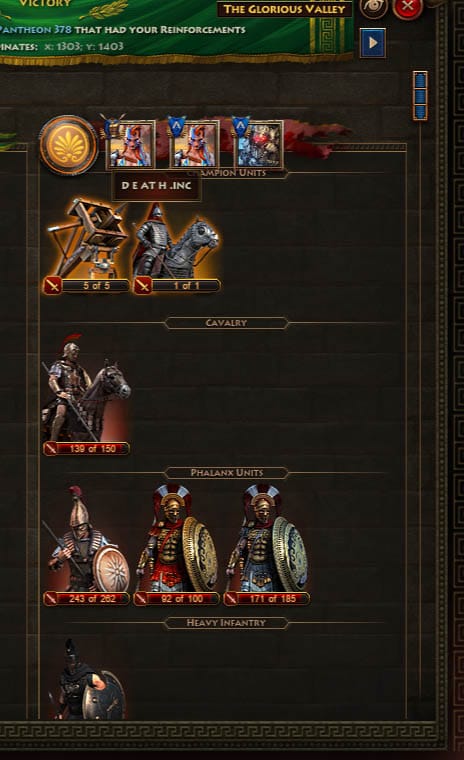 Even though this pantheon was only lightly defended, it still stopped wave after wave of attacks, proving the true strength and conviction of the warriors of the HoB.

Sadly, in the end, it was only a matter of time, and as the last of the defenders sounded retreat, the gates were broken and the hordes rushed in. 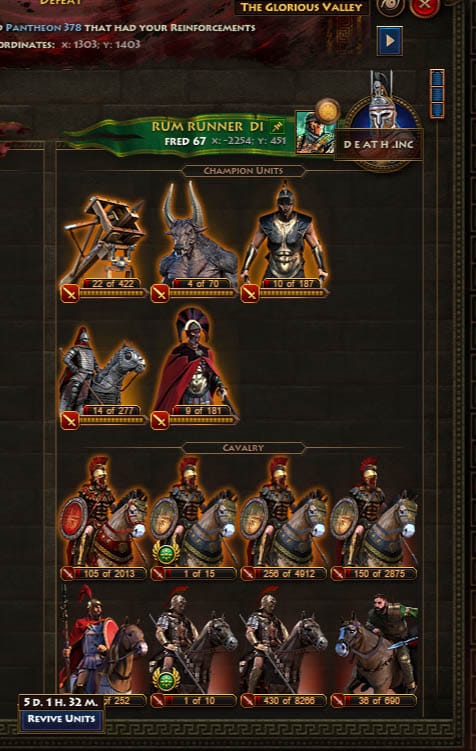 Still sticking true to their original mission, they ignored the forces of Death Inc who had recently been assaulting them and continued on with their mission of besieging and taking all of the Thersite Rising's pantheons. A mission that was a resounding success, as the images below illustrate. 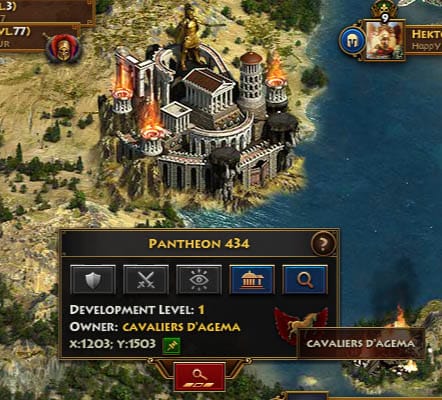 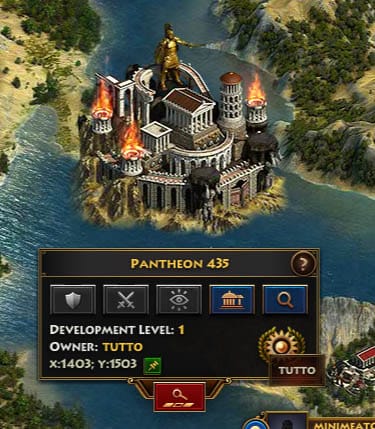 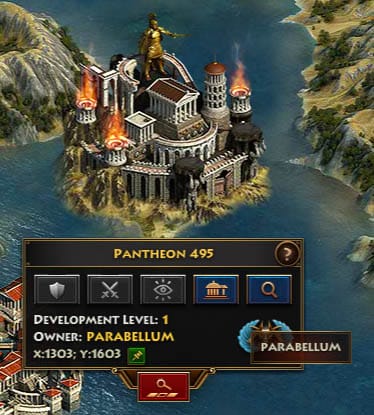 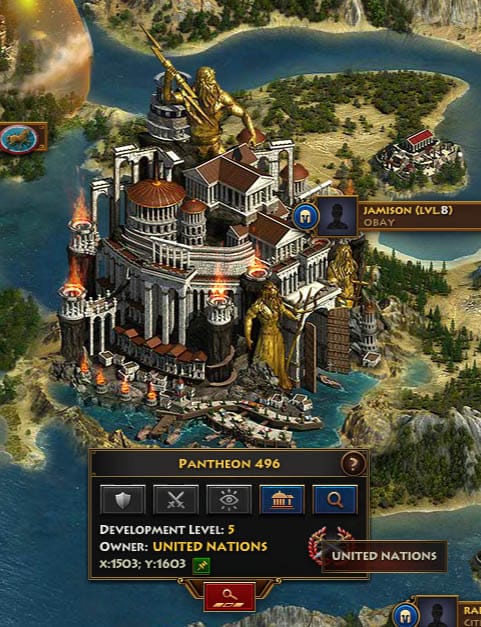 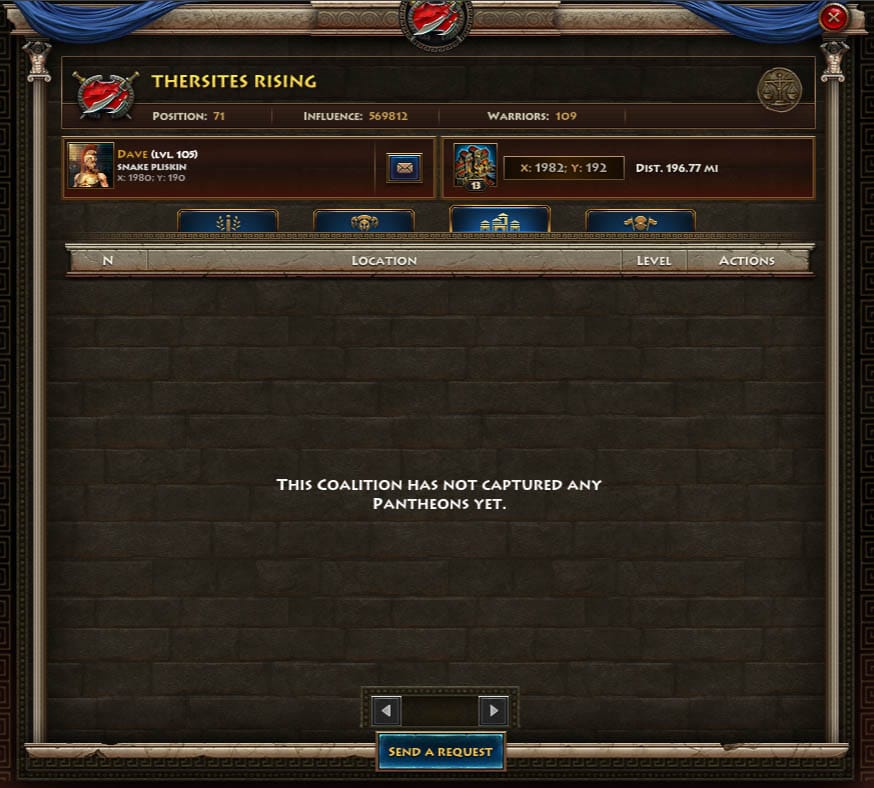 The Thersites Rising have hounded the House of Batiatus every step of the way for months. Now, it is the HoB's turn to attack back. Revenge is exacted and the price is rich in blood.

With this significant victory and revenge against one of their enemies exacted, the leadership of the House of Batiatus sent out a congratulation message to all of their members to read and rejoice in the occasion. A great victory was obtained, even though it cost many lives in the process. 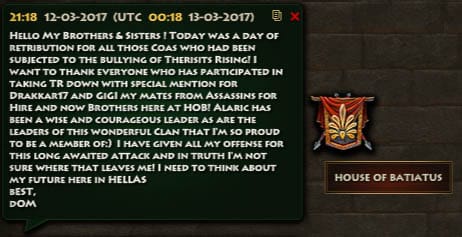 After this latest victory, it is uncertain where the House of Batiatus will go from here. Will they be happy with this revenge, or will they now continue to pursue all others who have wronged them?

One chapter has been closed, but as we have seen so many other times in the past, many others may of just been opened, and who truly knows where these will lead?