Your Map To Gaming Success

I've always found it useful in games like Sparta to create charts, graphs, and maps illustrating the locations, distances, and any other important information there might be about Cities and other locations on the map. Whether it’s a map of Cities belonging to your Coalition Members, a view of bot-cities in your neighborhood, or a distribution chart of abandoned Cities to help you plan a "Pool of Fidelity" move, this is the quickest way to get the lay of the land.

Fortunately, spreadsheet applications offer most everything we need to create these maps and graphs. Microsoft Excel is probably the better tool, but Google Sheets gets the job done as well. The following example will work in either of those, or in any other older spreadsheet app you might have installed. 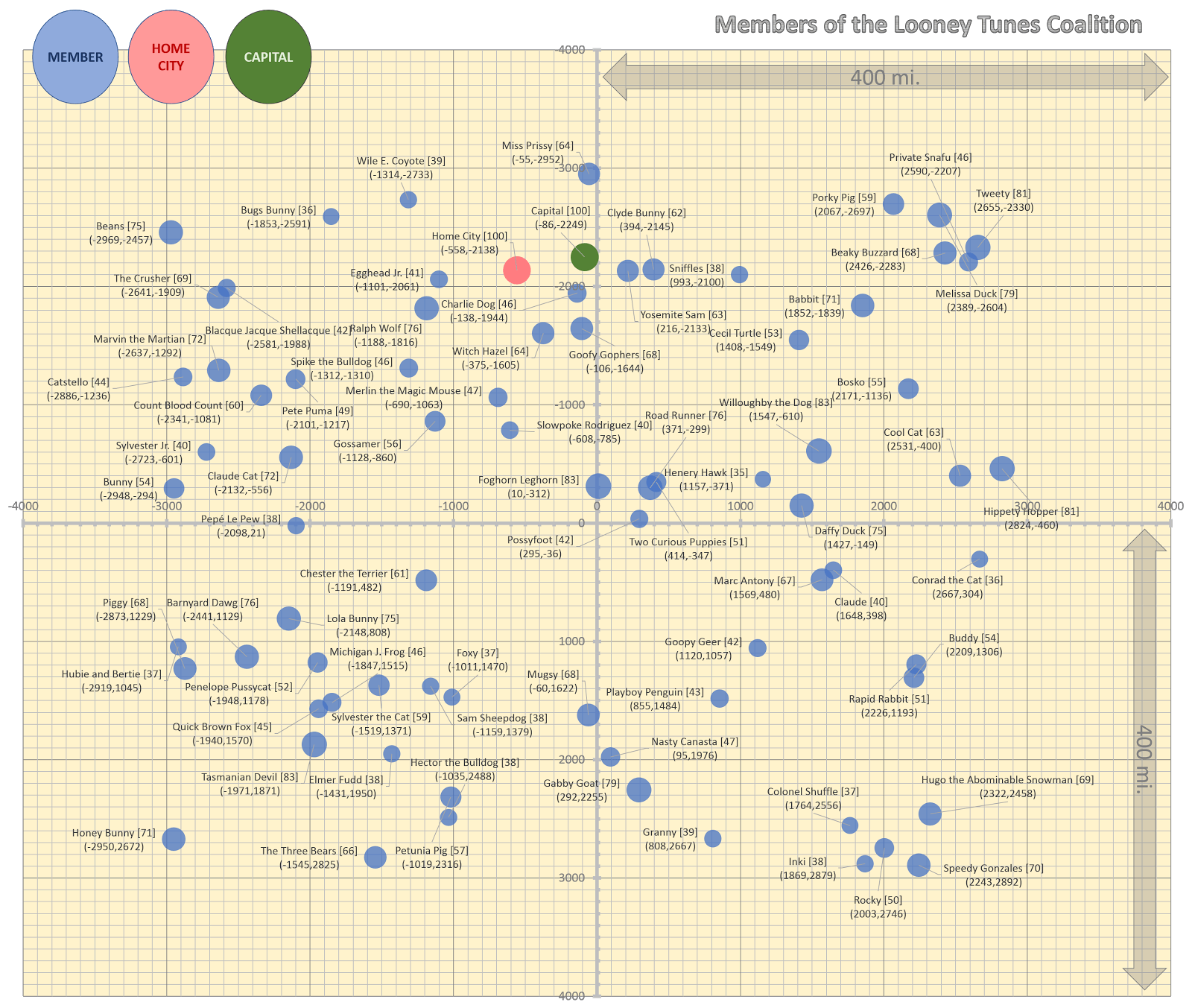 The above map is a bubble graph, a chart type available in most spreadsheet applications. Bubble graphs are similar to simple x-y charts, but allow you to add different sized bubbles for each data point according to some value, the value in this example being the player's level. Depending on which app you’re using, this is simply a matter of selecting the data and inserting a new chart of the appropriate type.

The Data - this is the finished product:

The table contains six columns. Only the first three columns are needed for a standard x-y scatter chart, but the three additional columns do make the map a bit more interesting.

Columns 1 to 3 (Member, X, Y): contain the Coalition Member's name as well as the x and y coordinates of his or her home City. Although this data is readily available at the Embassy, chances are one of your fellow Coalition Members already has a list of Coalition Members handy and will be happy to share.

Column 4 (Level): the first three columns are sufficient for creating an x-y chart, but adding the level of each player will allow you to create a bubble graph.

Column 5 (Dist.): a column indicating the distance from one's own home City to the mapped target is usually a welcome addition. If you're into Excel or Google Sheets formulas, then the calculation would look something like this: "=SQRT(POWER(X1 - X2) + POWER(Y1 - Y2))" where X1 and Y1 are the home City coordinates and X2 and Y2 the location of the target. (See also "Sparta 101: Doing the Math").

Column 6 (Label): this column does not contain any new data, but compiles the content from the other columns into one string. This in turn is what will be shown near each data point on the map. To combine contents of other cells into one string, simply use the ampersand (&) character, as in: =A56 & " (" & D56 & ")" to show a player's name and level in one cell (where A56 is the cell containing the name and D56 the one showing the player's level).

Should you feel up to it, you could also add some frilly graphics such as distance markers…. 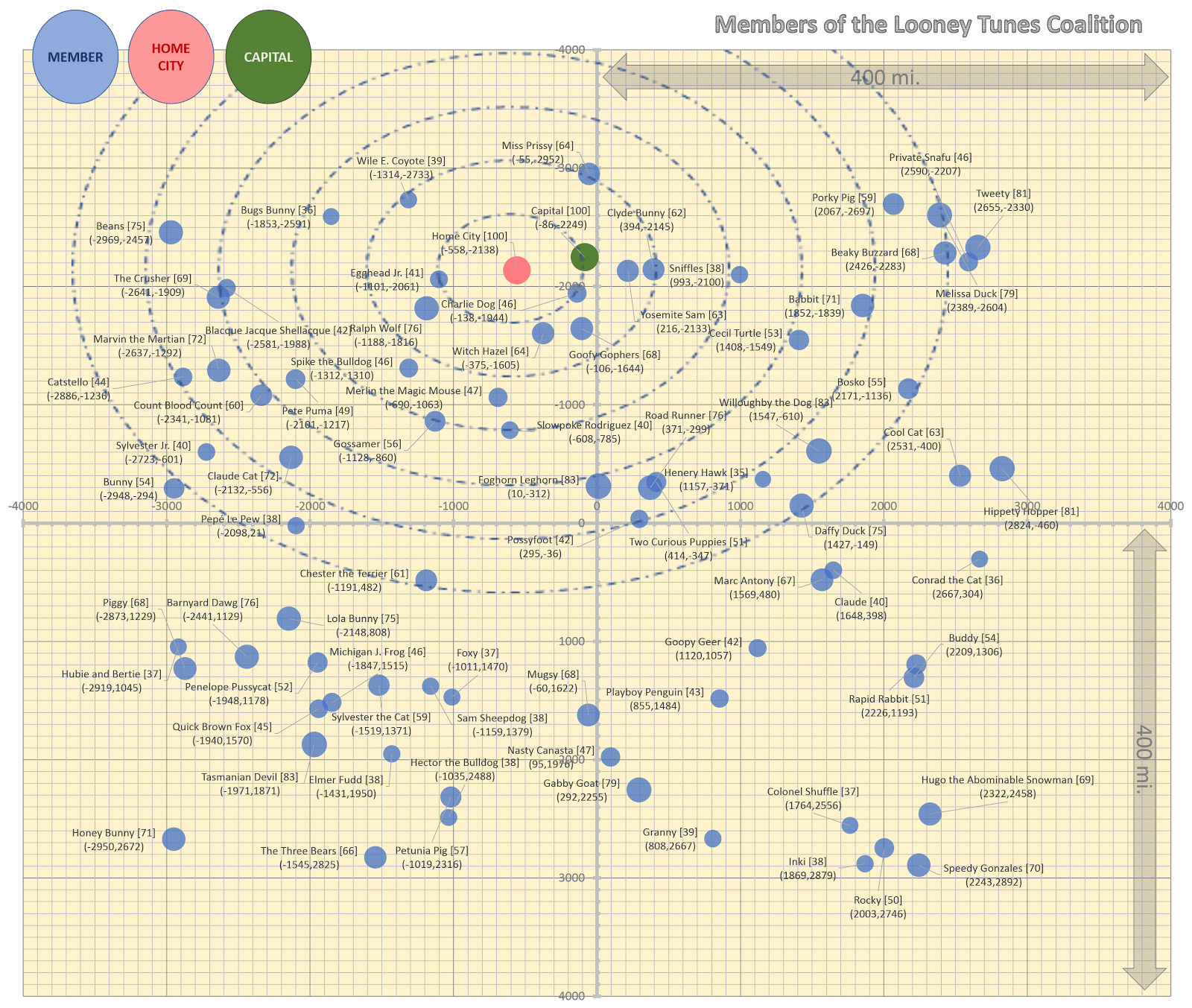 …or perhaps an overview of the abandoned Cities that are begging to be plundered (don’t get too excited, the coordinates of the ones shown above have been changed)... 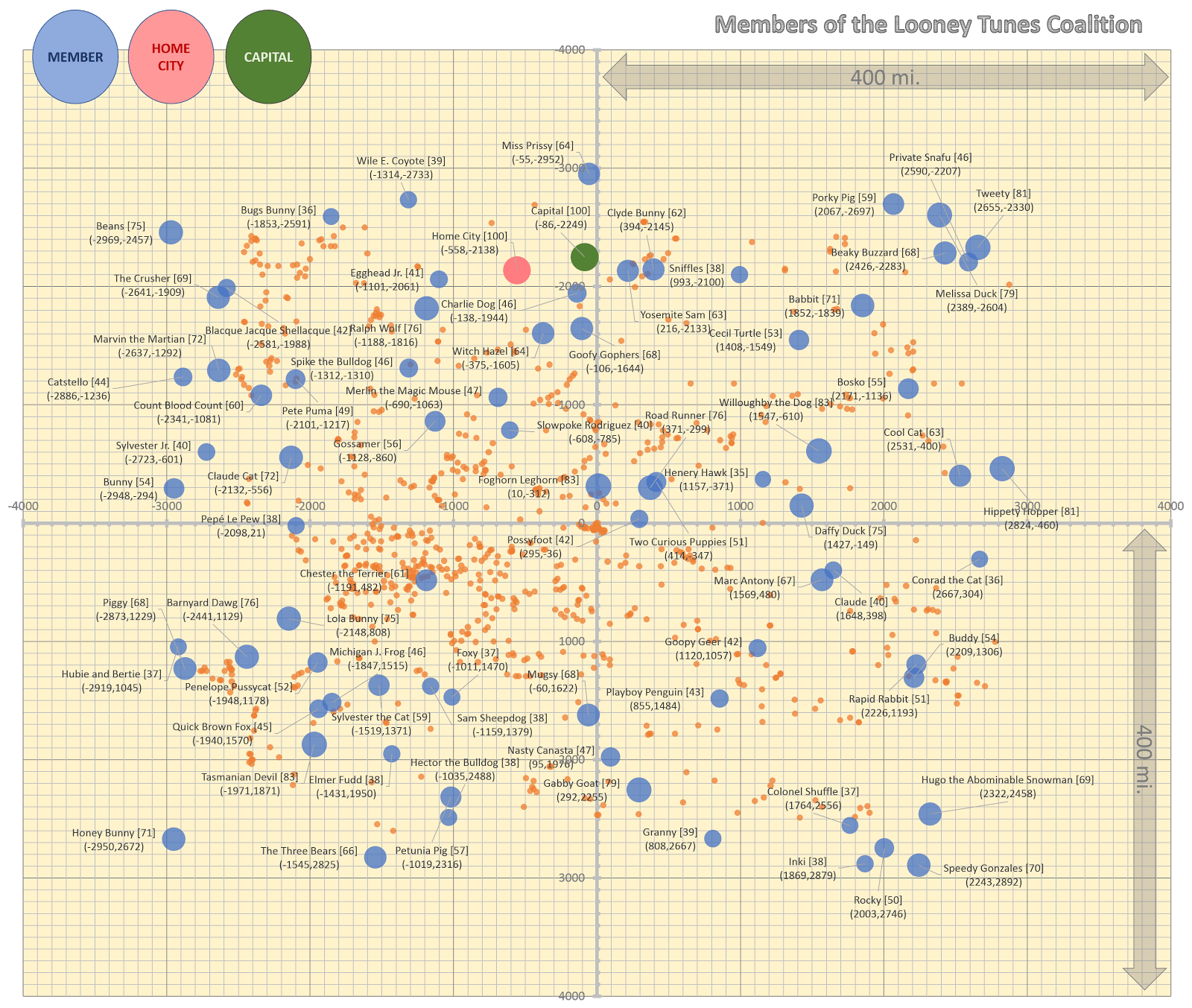 … or maybe you just need to know where the closest members of that dastardly Coalition you are planning to declare war on are at: 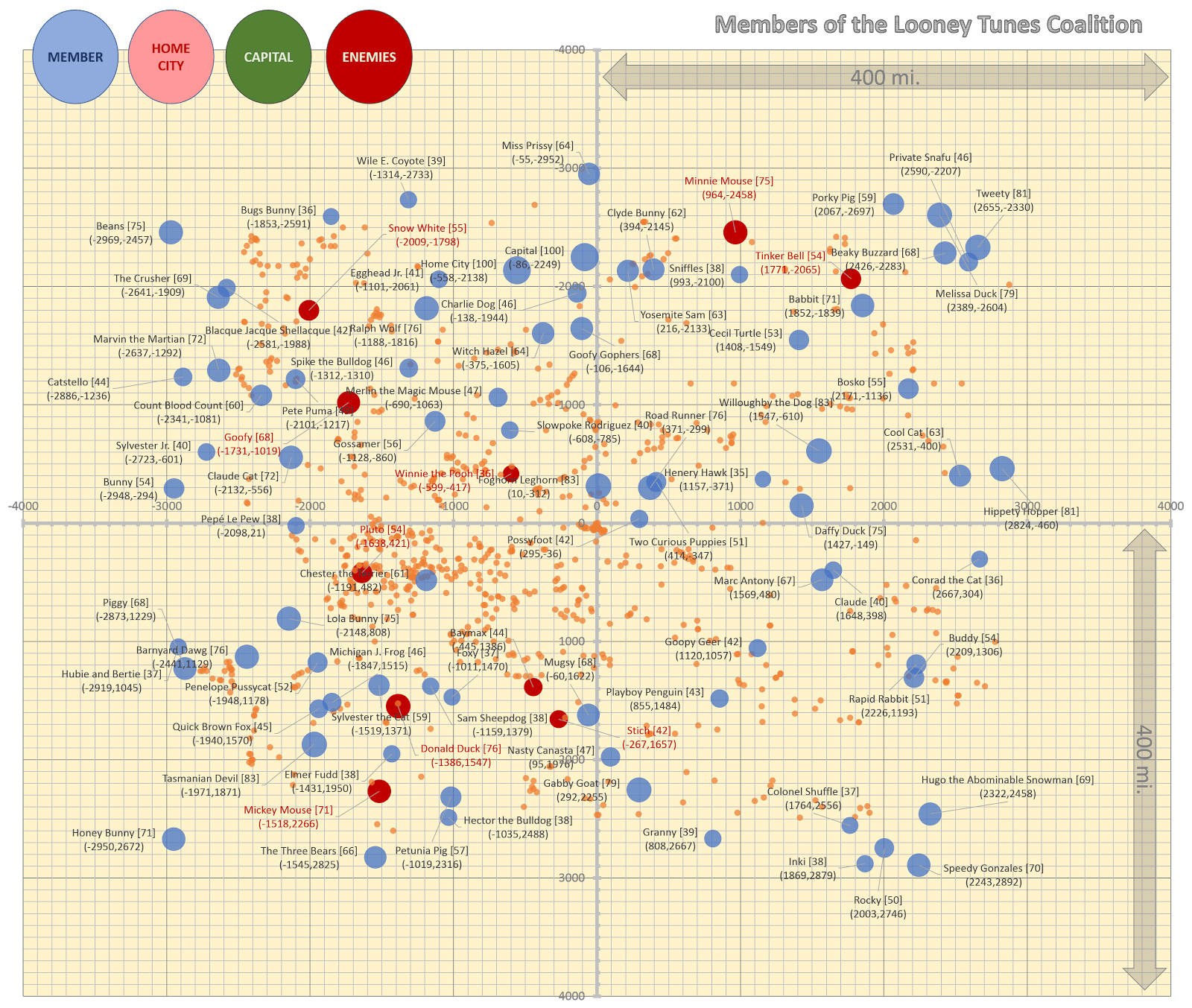 Depending on which spreadsheet app you will be using, once you have the data, creating the graphs is a rather straightforward task, but you may have to consult your application's help section for the details if you haven’t yet. If you’re not comfortable using spreadsheets, please feel free to PM / MSG me with questions.

This article was originally written by the player DIOMEDES, who has granted permission for it to be posted on Plarium.com. Any thoughts or views expressed herein are the player's own, and do not necessarily reflect the views of Plarium Global.