The Band of Killerz See Their Lands Toppled

Another Pantheon Massacre is once again upon us and the gods above laugh out loud as death and destruction rains down on our heads. The Band of Killerz fall victim to the carnage, as do many others.

Another Pantheon Massacre Gribs the Realm in Madness

Loathed by many, enjoyed by the bloodthirsty and feared by all, the Pantheon Massacres are once again upon us and none can escape the carnage.

The countdown appeared, as the gods got ready to play their tricks on the realm and the citizens that call it home, blades began to be sharpened and Hegemons sent out the orders to secure their Pantheons, batten down the hatches and bring the troops home. 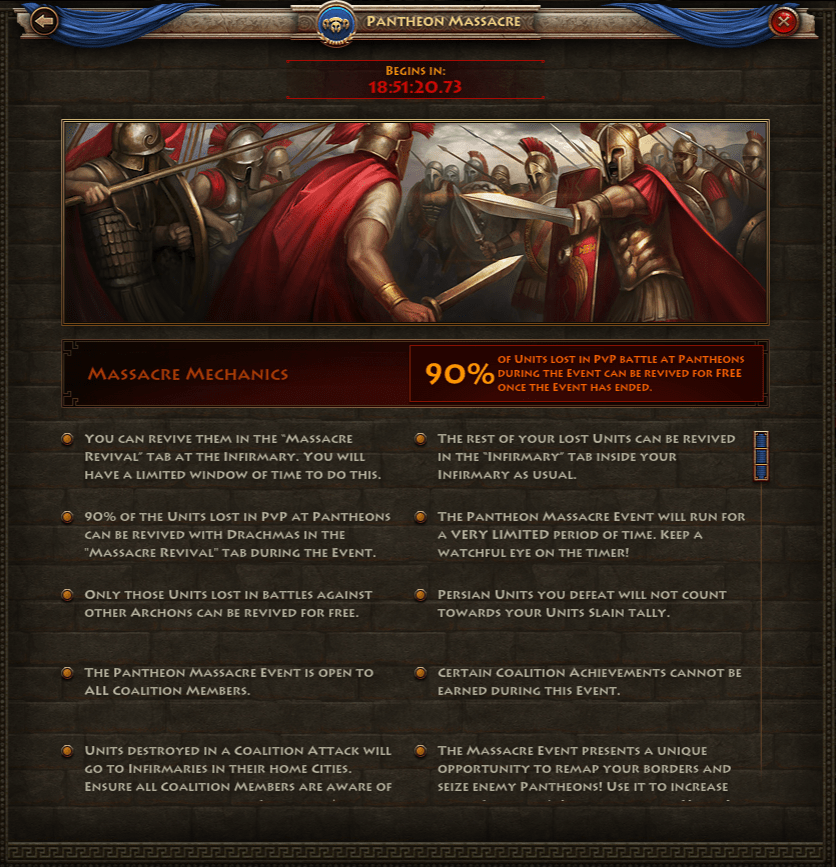 Time was limited and the preparations were hasty, especially given how shortly ago the last one of these gruesome events was.

Battles erupted all over the realm, even as some coalitions attempted to abstain from the event and not partake. Unfortunately for some, this was not an option and war was brought to their once-peaceful lands.

One event that occurred that we speculated on in a previous Chronicle was the downfall of the Band of Killerz’s last remaining pantheon, which we knew was a very highly sought after target, given their ongoing war with the Lost Souls family. 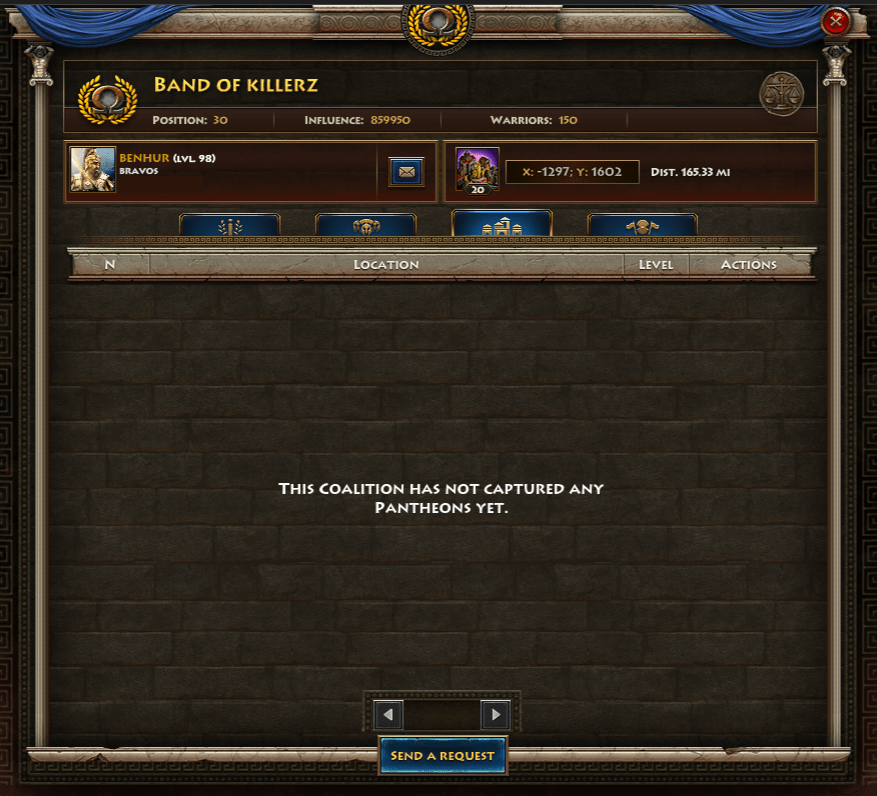 Yet this was just one of the many events that took place over this bloody day of battles. As can be seen from the reports, battles erupted in every corner of the realm, allowing scarcely anyone the privilege of escaping the madness. 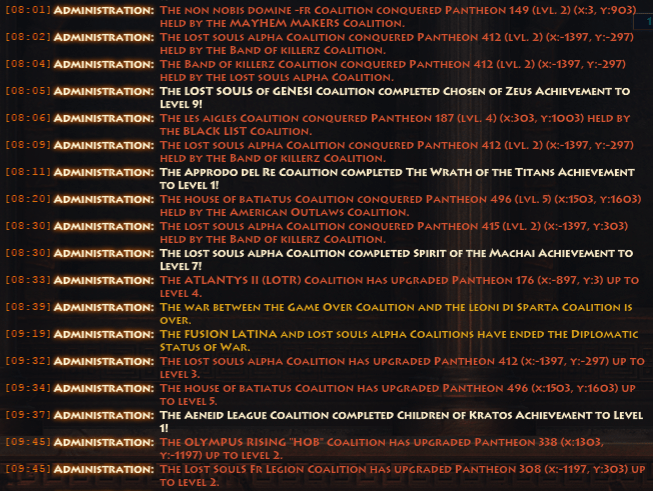 Fortunately, as the dust settled, and the carnage was calculated, the gods once again stuck true to their word and raised 90% of those who fell in battle, bringing them once again back to the land of living. For those who were not so lucky and remained in the 10% of those gone forever, we wish you luck in the afterlife.