The House of Batiatus Finds Itself Surrounded

The House of Batiatus suddenly finds themselves surrounded on all sides. Their allies are nowhere to be seen and the enemies blot out the sun. Will their pantheons hold, will they be able to muster the courage, strength to throw their enemies back?

On their Own, they Fight for Survival

The House of Batiatus, one of the oldest and most respected coalitions in the realm, has found itself under siege. As of late, they have suffered great setbacks in the rankings, after their sudden rise to the top.

Wars have surrounded this coalition, as they and their allies upset the global order of the realm and sent some of the most entrenched, established coalitions crashing to the ground.

Well, now revenge has come and they find themselves suffering the brunt of the anger.

Rallying to their pantheons in the face of numerous enemies on the horizon, the leadership of HoB put out the call and the men and women of the coalition responded in force! The attackers would come from all sides and inflict serious damage, putting the courage and steel of the collective forces of HoB to the test. 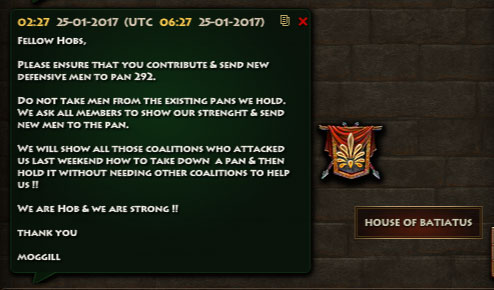 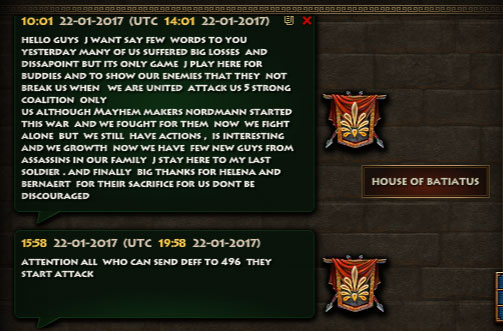 As the reports indicate, the attacks most certainly did come in force, and the defenders of the House of Batiatus would have a shadow of doubt cast over them. Would they survive the coming storm, would they be able to come together and defeat these would-be conquerors?

Wave after wave of enemies descended on them from the hillsides, as the gates of their pantheons were tested under the sheer weight of flesh and steel. 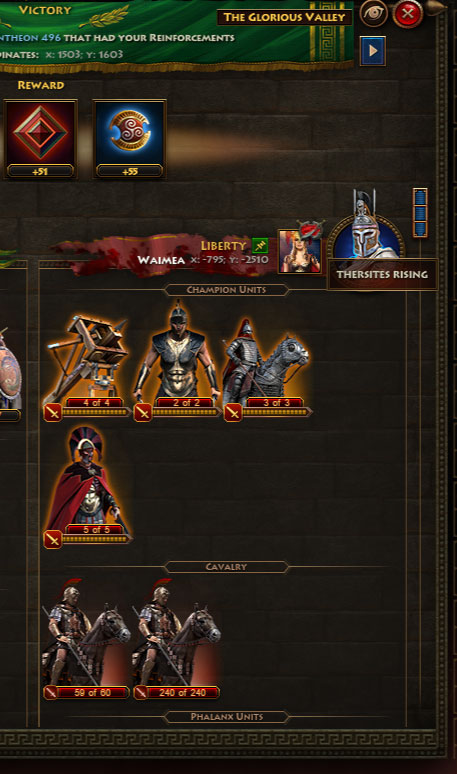 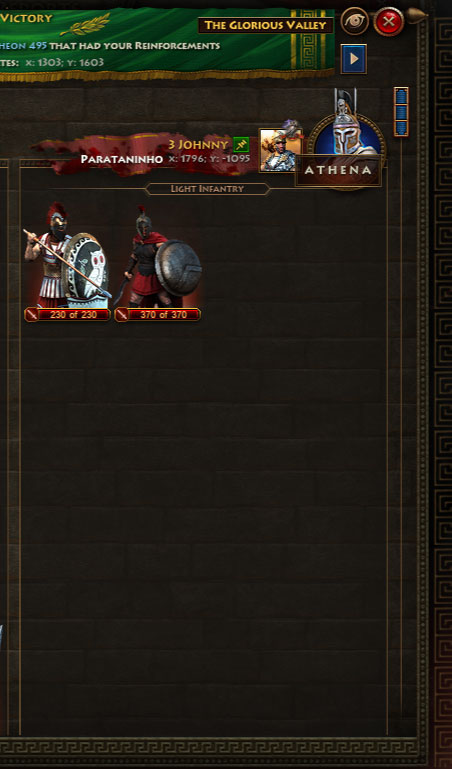 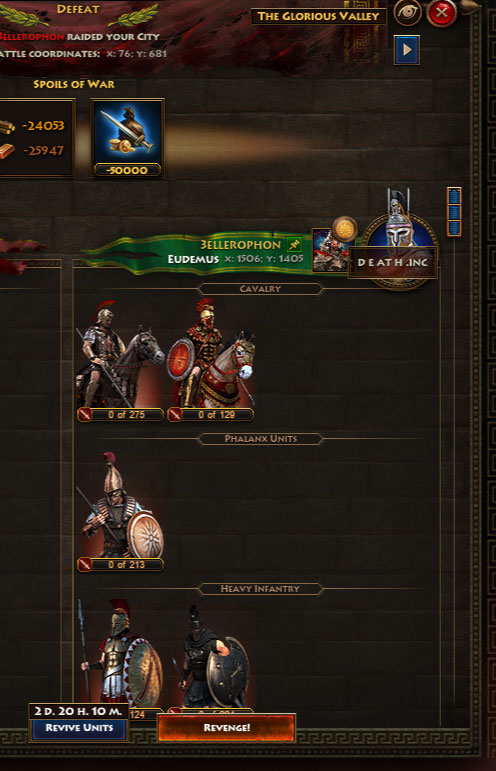 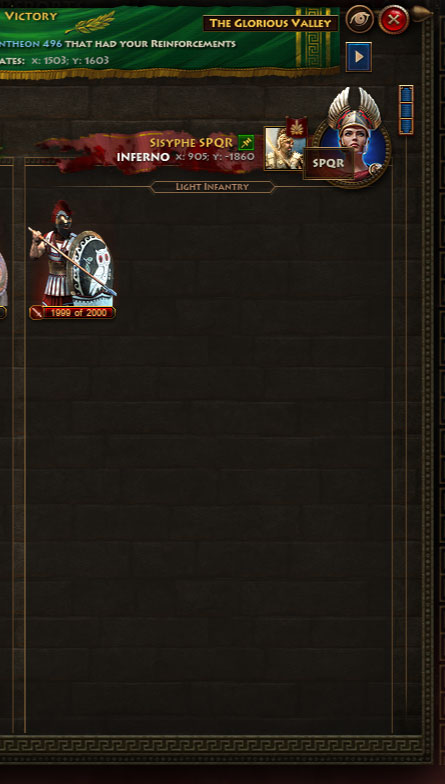 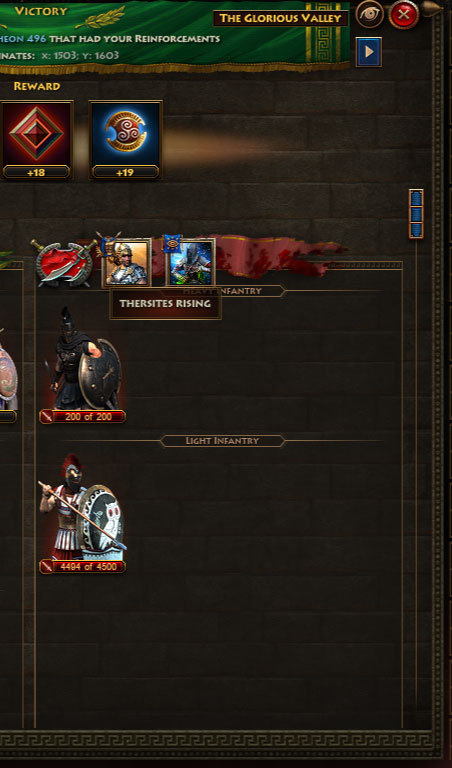 Over a hundred attacks, so many that they could not all be kept track of, began to tally up and page upon page of red began to flood the reports page. A mountain of dead began to grow all around the HoB's pantheons. 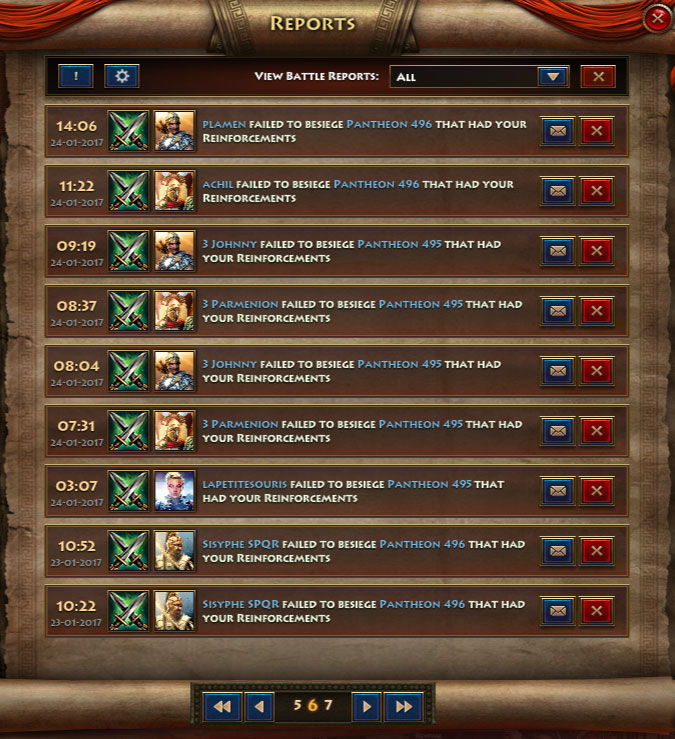 Still, the walls of the pantheons held firm and the attackers vanquished all opposition. This does not mean that the end is in sight: attacks continue to pound their defenses as the Chronicle goes to press.

The realm has been thrown into a state of total war, and no coalition is safe. No matter their history, or how powerful they are perceived to be, these are truly dark days in which only the strongest will survive. Yet, as the House of Batiatus have shown, it is possible.