The Lost Souls Abandon Their Lands

The Lost Souls long have dominated the rankings in the realm, now no more. They have abandoned their lands in the pursuit of death and destruction, moving all their forces into their Capital. What does the future hold? Does anyone know?

The Map is Reshaped Once Again

The map has been stagnant for so long: so little changed, so little happened. But all at once, some months ago, the map was rocked by a great upheaval. Now, barely anything is the same.

The old stout coalitions of old, which have dominated the map for so long, are slowly slipping from the map, one after the other, as was first seen with the fall of Death Inc.

Now, another change has occurred in this never ending drama, but this one is slightly different. This time, the Lost Souls are getting ahead of the curve and not sitting by idly, waiting to be struck by their enemies as their lands continue to expand and their forces get stretched thin.

No, they are doing something very different: they are pulling out of ALL of their Pantheons and moving their extraordinarily large amount of defense purely into their Capital.

Their Hedgemon gave the word that a decision had been reached by the highest ranking members of the coalition, that this would be the best course of action for all. 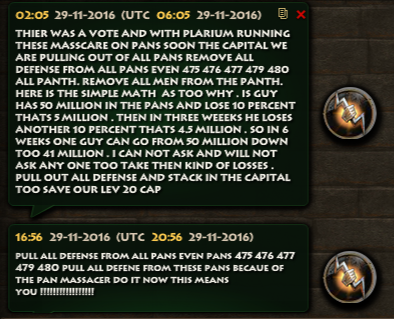 Following this announcement, the Polemarches immediately began to reiterate this vital order, not wanting anyone to be caught with their defenders left alone in the Pantheons, thus becoming victims of the enemies that would surely pounce on this news. 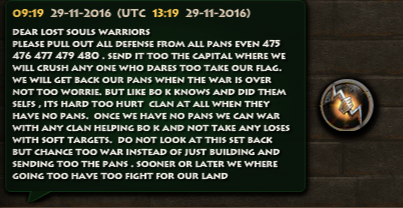 As can be seen from the above messages, the Lost Souls were to hand over their Pantheons, as best as they could, to their allies the Terminators, and to their sub-league, the Lost Souls Alpha.

Unfortunately, it did not take long for this information to leak out and time began to run out. Their allies had to act quick as their foes smelt the blood in the water and began launching attacks on the greatly weakened pantheons that were awaiting their transfer. 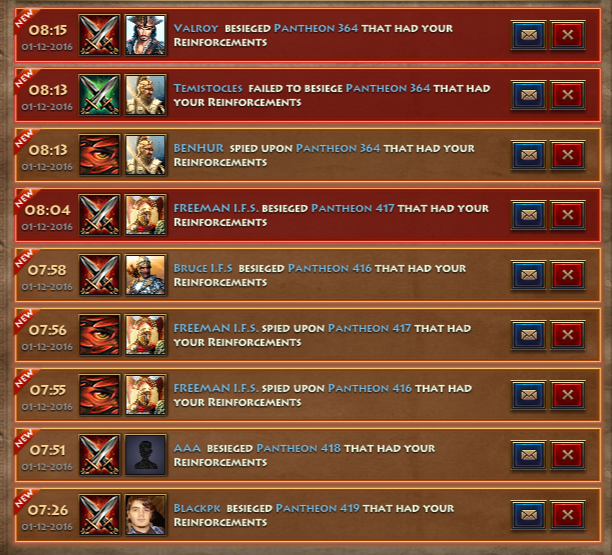 Rapidly and in succession, the lands of the Lost Souls slipped away and as intended they were left with nothing except their Capital, a fortress of almost impenetrable magnificence. 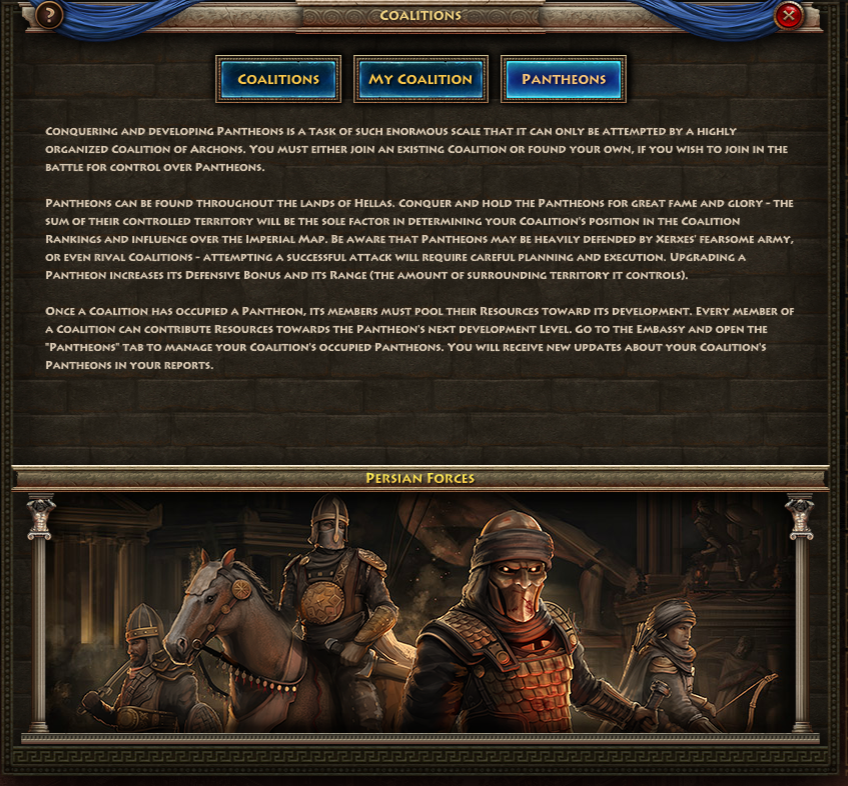 These actions allow the Lost Souls to consolidate their forces and enter into a new era of their coalition's future, one where they can attack their enemies with little to no retribution. They were freed to roam the lands, leaving a path of death and destruction behind them.

Quickly after the last pantheon fell, their first new order of attack was issued against one of their enemies, the Band of Killers, and thus a new age was born and a new era in the realm has begun.