11 reasons why you should be completing Coalition Missions

Coalition Missions were recently introduced to Sparta: War of Empires and some players have already noted how this new features is already altering the game. By completing Coalition Missions, all Coalition Members are rewarded and no one is left empty handed.

Why complete the missions in a Coalition when you can do them solo? Here are 11 reasons why it's better to work in a team:

o   Hundreds of thousands of players have different preferences and tactics. Every player, and every Coalition, will have different strengths and with this system they can choose to partake in the Missions that suit them best.
o   Gain experience. Learning from other players' playing techniques and strategies can help you better your own.
o   Take into account that every Coalition member gets a Reward pack, and when multiplying the reward by the number of Coalition Members, it turns out to be very worthwhile.
o   Raise team spirit and unite Coalition Members with one common goal.
o   These missions have the potential to "wake up" players who might have been "hibernating" for some time as the whole Coalition will be able to see if someone isn't pulling their weight and can urge them to take part.
o   Unite don't need to be sacrificed to reach some of the new Coalition Mission goals. Players receive the Resources, Unites and Boosts that are the rewards for these Missions for free.
o   The rewards are shared evenly between the Coalition, and no player is forgotten.
o   Rewards are received in the form of Reward packs, and can be claimed from the "Misc." tab of the Market.
o   Missions are not issued to everyone. If there is an active PvP Quest, Global Quest or Discount/Promotion, then you won't be able to take part in the Mission. If the global event finishes and the Coalition Mission is still active, then the Mission will suddenly become visible to you and you can take part for whatever amount of time remains.
o   When a Reward pack is opened, its contents are immediately sent to their respective places. The lack of ceremony or excitement might seem unusual and underwhelming at first, but you have only to turn to the Black Market in a time of need and open your prizes to reap the benefits.
o   Some of the Missions require sacrifices and its up to the players with the guidance of their Coalition management to make the tough strategic choices such as if to put their armies at risk or play it safe – depending on the Mission and the Rewards. 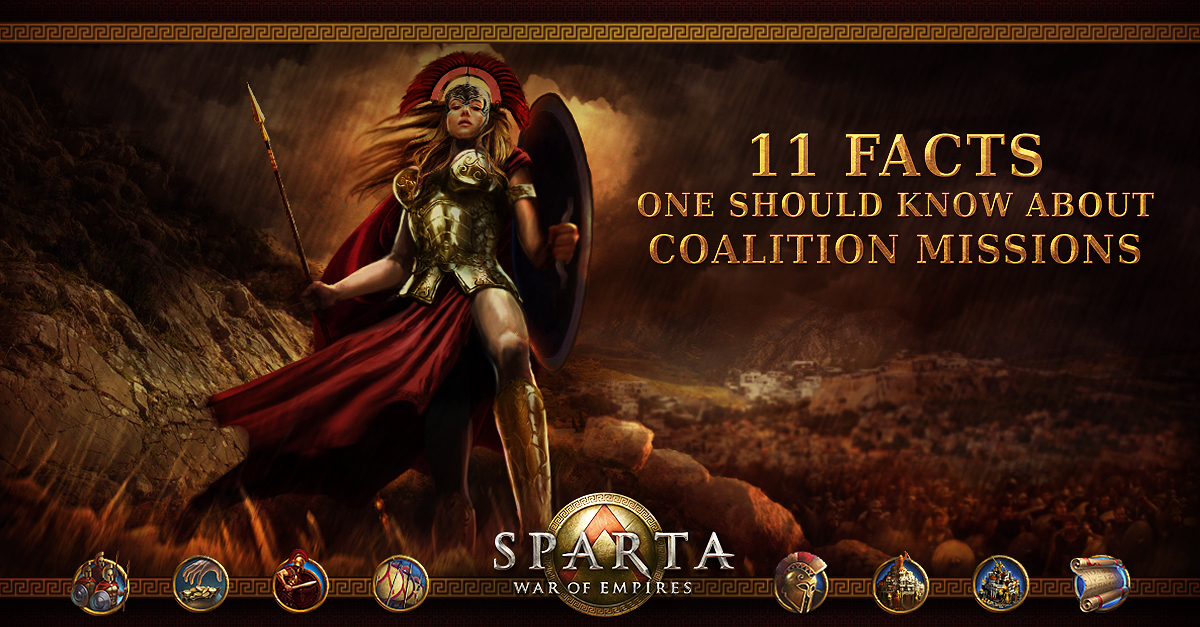