A War of Words and Swords

The challenge between the Terminators and the Association is far from over, but the war is not. Both sides enter one of the greatest battles of their lives. We fear that this will only end in the complete and utter destruction of one side.

The Association and Terminators Enter All Out War

We speculated whether this would be the end or not of this conflict and wondered what would come next. We guessed that it was not and much more blood would be spilled before the conclusion to this story was reached. Sadly, we guessed right.

A battle of words and swords has erupted between these two parties. As we have learned, it began with the Terminators attacking the Capital of the Association family. This resulted in a challenge issue from the Association and an eruption of an all-out war between the two sides.

Not only are great hosts of armies marching and defeating the strongholds of each side, but Political Assassins have been hired in vast quantities, executing and striking key figures.

The war of words on the other hand is even more intense, as both sides defend their coalitions and lash out at each other. 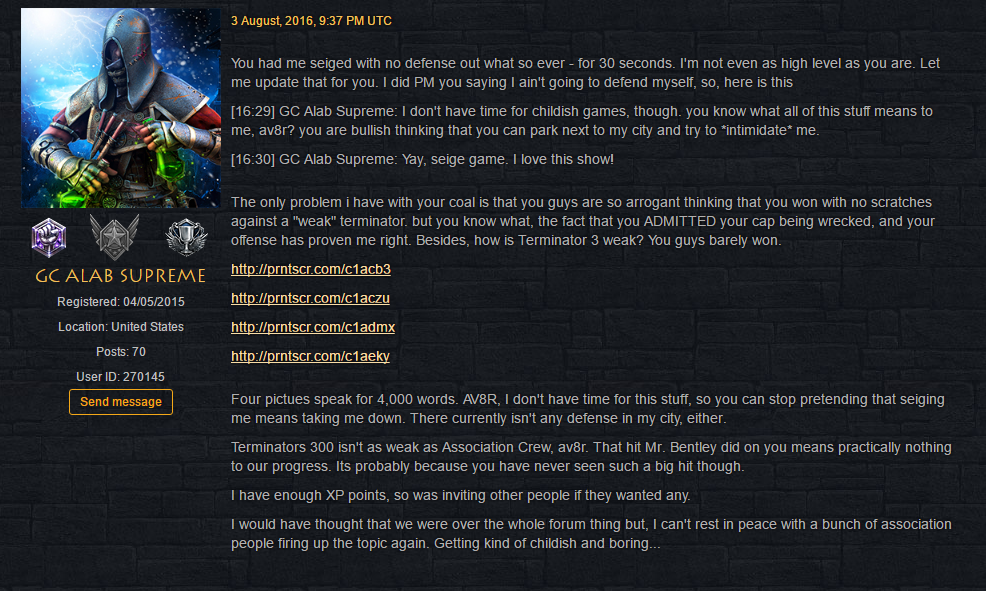 GC Alab is one such member that was seen coming to the defense of the Terminators coalition, calling out the Association for their attacks and "claims" of victory over the Terminators. As can be seen above, he posts a series of screenshots, with added captions, that dismiss some of the cries of victory by the opposition. 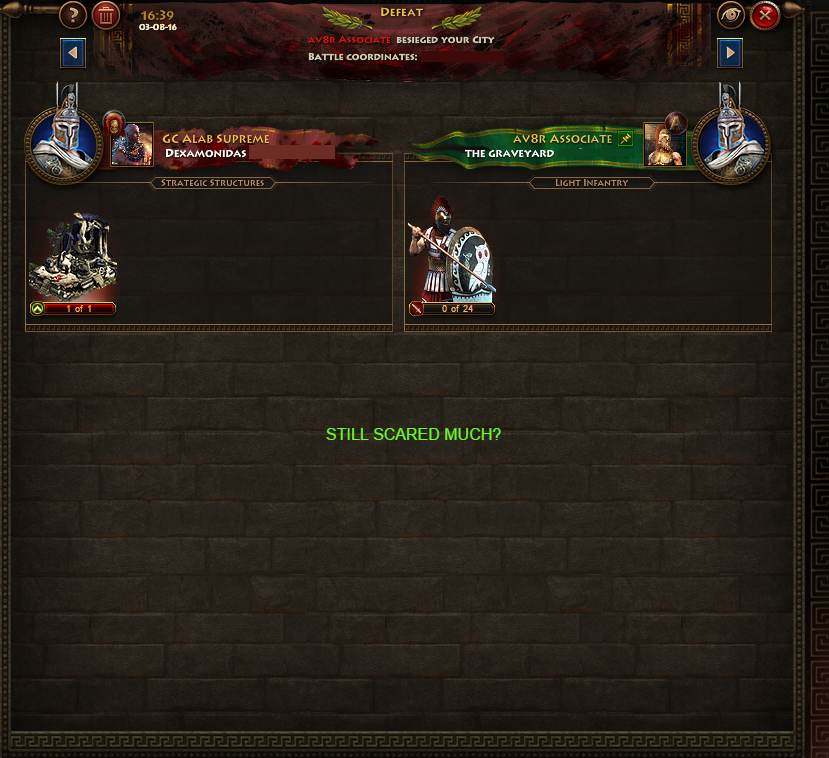 As harsh words flew, the leadership of both the Association and the Terminators continued to battle back and forth on the public forums, while Pantheons collapsed and armies marched through enemy lands.

With words such as the above becoming common between both sides and diplomacy completely and utterly breaking down, it is no surprise that tensions continue to hit new heights.

We at the Sparta Chronicle see no end in sight in the near term for this conflict. The leadership of both sides are unwilling to discuss the matter and unwilling to lay down their swords. It has entered into a battle until the death between two equally powerful sides.

The lose of blood and life has already hit extreme levels, yet much more will be shed before the end of this conflict draws to a conclusion. We hope that it happens sooner, rather than later, but expect that it is far from over.