The Outlaws and Storm Legion Invade the West

The lands of the Lost Souls are invaded once again. The culprits: the Outlaws and the Storm Legion. Can they weather the storm, or will they buckle under these combined assaults?

The Lost Souls Fight Back

The Lost Souls, as we have recently described, control much of the Western lands. Their position of power draws a never-ending stream of challengers. Ever are their enemies attempting to encroach upon their lands, and although the enemies may be different, the scene is the same.

The actors this week are the Outlaws and the Storm Legion, two leagues that have taken it upon themselves to entrench themselves in an all-out slugfest versus the Lost Souls. Whether or not these attacks were planned in conjunction or not is yet to be learned by the Chronicle, but it would be an easy assumption to make, even if proven unfounded.

In rapid succession these two leagues sent wave after wave of marauders into the lands of the Lost Souls, which has proven to be a perennial battleground, where blood soaks the fields and the sound of steel clashing on steel can be heard on an almost daily basis.

A small sample of the attacks can be witnessed below, but as can be seen in the latter report, the attacks were numerous indeed. 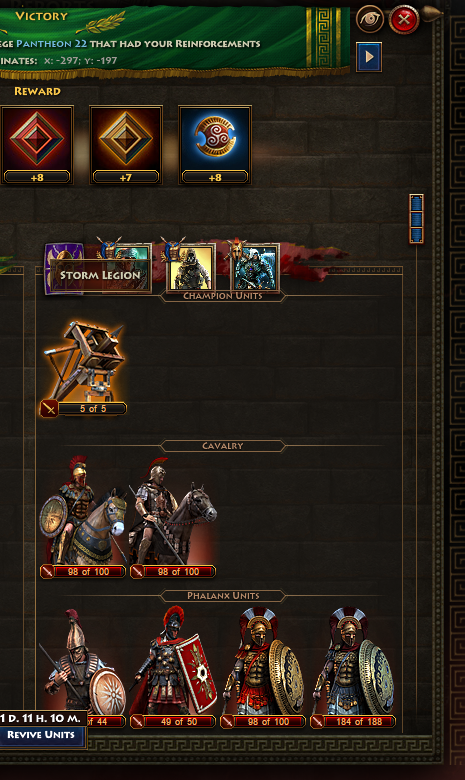 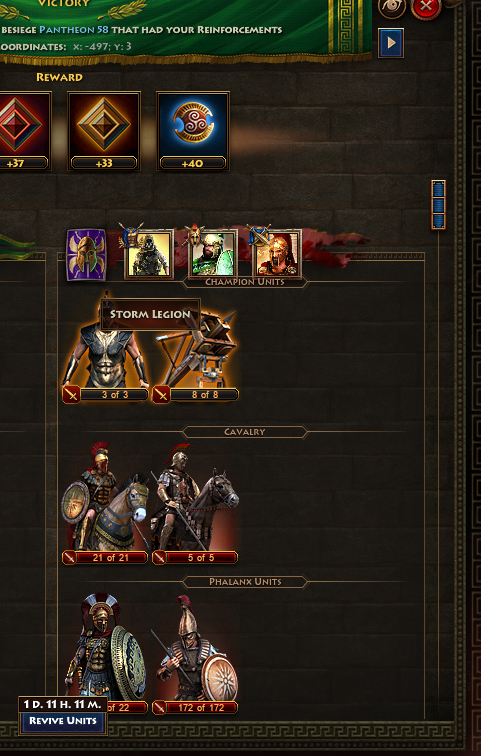 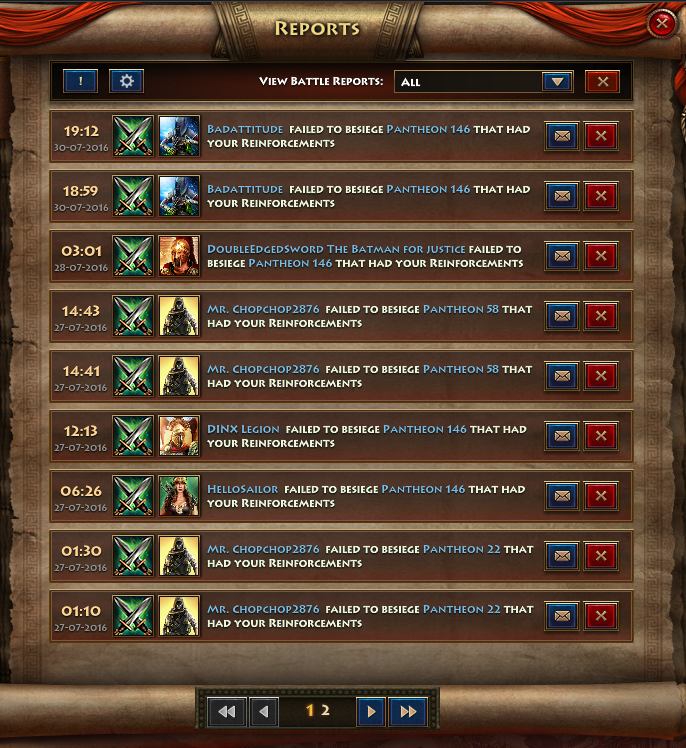 Once again proving that they would be no one’s punching bag, the Lost Souls did not simply sit and wait as their Pantheons were laid siege to. No, they called their men to battle and rode out into the battlefield, sieging and assaulting their would be conquerors, even while their own lands continued to have attack after attack rain down upon them. 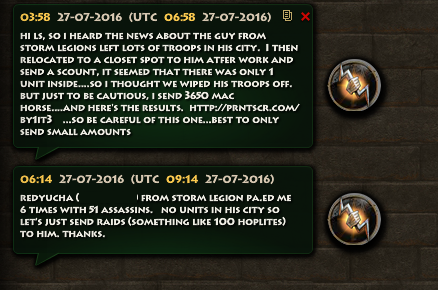 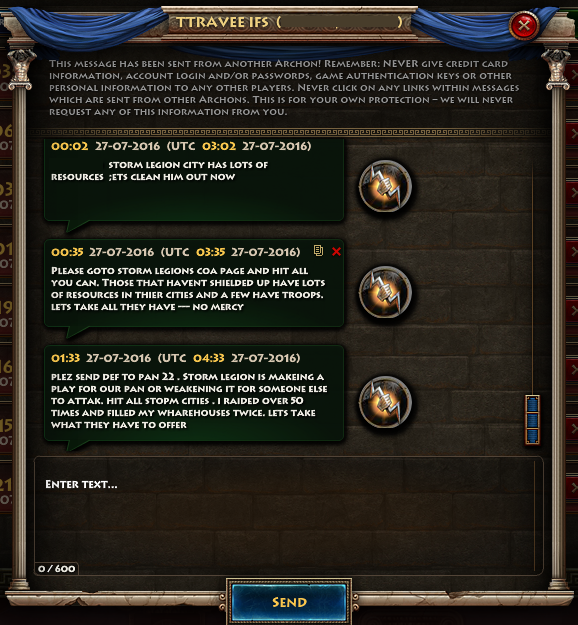 As seen from the images above, multiple Polemarches called the armies of the Lost Souls to arms. What resulted was a volley of attacks that saw the keeps of their enemies fall under the combined assault. Once again Lost Souls have proved that they are not a league to be trifled with.

They continue to attack anyone that even looks at their Pantheons the wrong way, choosing to enforce their dominance with an iron fist. Whether or not they will be able to continue to fend off these attackers is still to be seen, but history has shown that they are a versatile, lasting coalition, that never shies away from a good fight. You can rest assured that there are many more battles yet to be fought in the Western marches and the Chronicle will be there to report. Until next time citizens, be safe and keep your blades sharp.