The Terminators Are Challenged

The Association challenges the Terminators 3 and a fever-pitched battle that lasts seven days ensues. Both sides score major victories, yet only one will be the victor.

The Association Scores a Win, but Wants More

Challenges are a show of strength and a test of courage. These noble battles are agreed upon by both sides. They are a way to show the entire realm what you and your coalition are made of and they are also a way to settle disputes in a timely and efficient manner.

For many coalitions, rules are established before the battle begins, such as no assassins. Yet other battles are fought where there are no holds barred and only the strongest coalition, no matter the cost, will come out on top.

With the blaring of trumpets and the ringing of bells, one such battle was recently fought. The contestants? Two noble contenders, the Association and the Terminators 3 coalitions.

Agreeing to do battle, the leadership of both of these sides entered into a fever-pitch contest of arms that lasted the full seven days. Both sides scored major victories and at times it appeared that they were locked in a dead heat, with neither side pulling ahead in a major way.

Yet as the blood ceased to spill and the conclusion of the battles was calculated, the lords of both sides gathered to witness the final results. 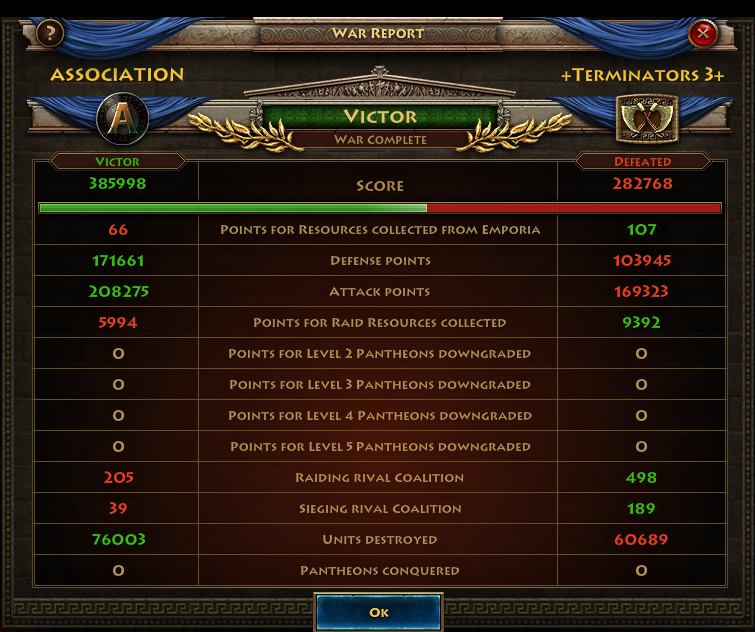 The results, which were shared for all to see by Spike of the Association, displayed that they were indeed the victors: not by a large margin, but the victors none the less.

Winning on both attack points and defense points they destroyed a total of 76,003 units, while the Terminators 3 destroyed a close 60,689.

Both sides, proud of what they achieved ended the dispute. But for the Association, this would NOT be the end.

In the header of their forum post, in which they shared the above results, they alluded in their title that the other Terminator coalitions have been issued challenges and have declined to do battle against them.

Are the remainder of the Terminator coalitions simply unwilling to test their mettle against the Association after seeing the results of the previous battles or is something else afoot that is unknown to all?

Regardless, members took to the public forums to congratulate the Association on their hard earned victory. 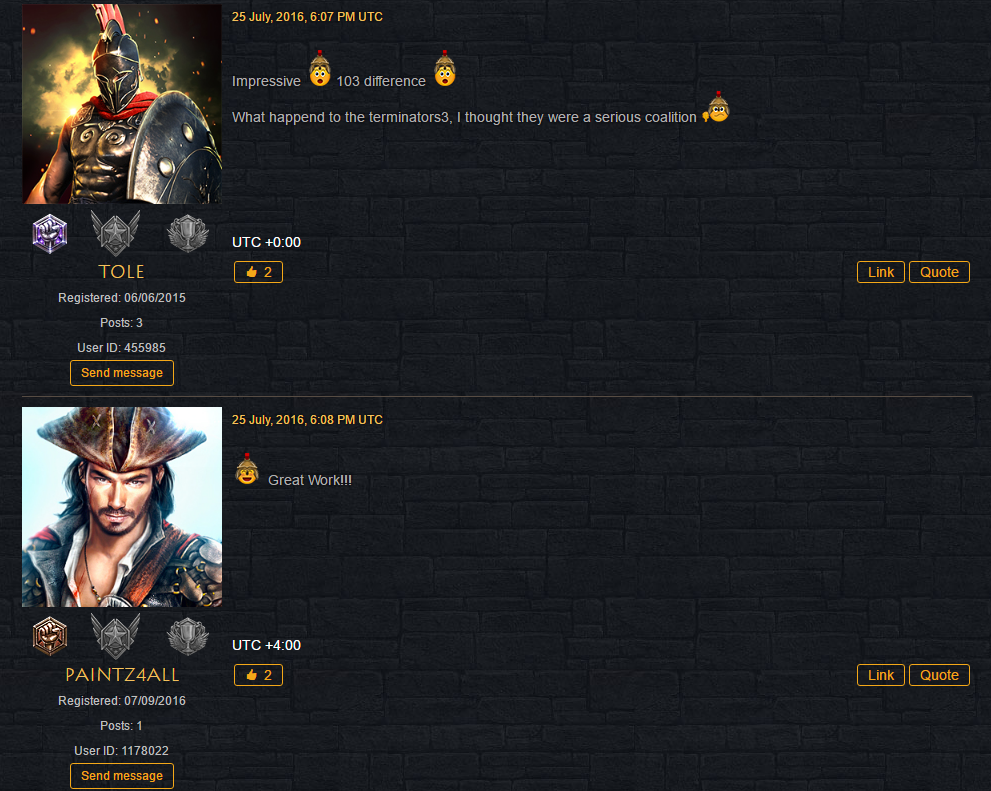 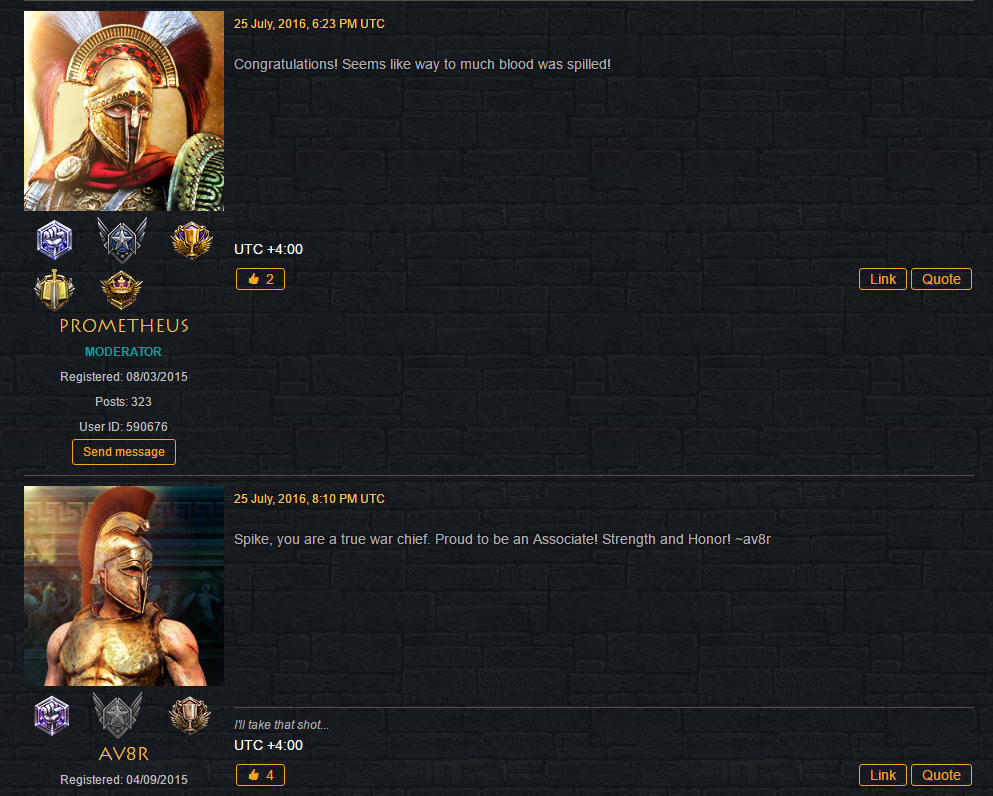 Whether or not this will be the end of this feud between these two bodies is yet to be seen; as mentioned above, if the Association has their way, it will not.

Will the Terminators seek vengeance and retribution, or will they plot and scheme in their own manner, striking when THEY deem the time to be right? We have a feeling that, that is a story for another edition of the Chronicle and thus another time. Until then, be safe citizens and get prepared, more battles are on the way.