Jeff in his own words and his relationship with Gaming! 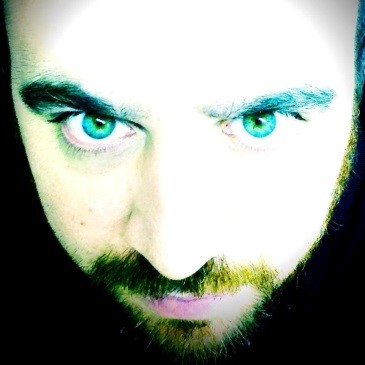 I love a good strategy game.  I love the way you can take a step back and observe a situation to find a solution for victory.  Over the years I have played many great strategy games, including Sierra Entertainment’s Homeworld suite, Wargaming.net’s Massive Assault, Blizzard’s Starcraft and Warcraft III, Electronic Art’s Red Alert, Parker Brother’s Risk board game and even the oldest one of them all: Chess.

“Watch players for their tendencies and use those tell-tale signs against them.”

Strategy is often overlooked by eager players who love to smash things together without much thought as to long-term tactics.  I used to get my behind handed to me playing Risk with friends, until I started to learn the concept of observation.

Watch players for their tendencies and use those tell-tale signs against them.  Sadly I never made it as a Poker Player, but I do have fun playing games with a good, solid strategy element.

I was born and raised in Connecticut, United States of America.  From a very early age I got into computers and computer gaming, starting off with an old Apple II GS and the now-classic game Gauntlet.  Gauntlet was a top-down adventure game that was teaching me resource management, enemy prioritization and co-operative teamwork that would lead me into the world of wartime strategy and tactical games.  When I bought my Sega Genesis (Megadrive) – one of the best games I ever played (and still play from time to time) was a little known game called Herzog Zwei.  A very crude but basic precursor to the RTS games we know today, like Starcraft et al.  I must have logged a year’s worth of game time on that bargain-bin game I picked up for $10 in the early 90s.

“I must have logged a year’s worth of game time on that bargain-bin game I picked up for $10 in the early 90s.”

In the mid-90’s I started getting into more of a First-Person Shooter genre (FPS) with the classic Quake and Quake II games by iD software.  What drew me to the games was not the eye-candy; the loud and flashy guns but the teamwork elements of playing 8 on 8 capture the flag.  I joined a clan and began to travel around to LAN parties with a group where we struggled to win heats and rounds to move up the ladder and claim our crown.  What made us effective was the ability to plan ahead.  Sure, you could go in ‘guns blazin’ like Yosemite Sam, but it only attracted attention and ultimately you found yourself squashed and at the bottom of the rankings.  Quake II CTF was the first “cyber-athlete” situation I was able to adapt strategy into, specifically in multiplayer with human comrades and opponents.  3 hang back, 3 cover the middle, 2 get their flag… everyone had their role and things started to click.

I’ve always been fond of games that allow players to look at the bigger picture and meet great players along the way. Plarium’s Soldiers Inc. encompasses that very element of strategy, albeit still under development.  The potential for Soldiers Inc is great, and I can’t wait to see what’s coming next for the updates.

“Plarium’s Soldiers Inc. encompasses that very element of strategy … The potential for Soldiers Inc is great, and I can’t wait to see what’s coming next for the updates.”

I love technical writing.  I love reviewing products and technology, then assimilating that new knowledge and imparting it back to the audience so they, in turn, may enjoy my discoveries.

One of the first experiences with Soldier’s Inc. was the combat system. So many people simply sent their entire army at a target and ‘hoped for the best,’ but I was determined to refine this to a better way and get the most bang for my buck.  Falling back on my roots in strategy and analytics, I started to notice a pattern to the madness; a light at the end of the proverbial tunnel!  So I began to debate my strategy with other players and started a Facebook group so that others may find help with an integral part of the game without giving up on it.

Over the last year I have received countless correspondence from players thanking me for helping them realize a true strategy and have greater success in defending their assets, raiding players and climbing the S&D ladder to the top.  Letters like this make me glad I could reach out and keep more people in the game.

After all, you can’t have a massive multiplayer game as great as Soldiers Inc. without the players…

Jeff Maginniss is the CEO of Sam and Oliver – LLC, a Connecticut based Gourmet Barbeque and Pepper Sauces venture. In his spare time, Jeff works as the Team Lead in the Desktop Support department of Stanley Black & Decker, also in Connecticut.

Jeff’s main role is as the CEO of the “Versalife” Combine within the Zandian combat zone which is affiliated as a PMC for The Syndicate. “Versalife” can be contacted for contractual work as required. Whilst planning strategy for Versalife, Jeff enjoys crunching numbers and analyzing the facts for the massively multi-player online community within the Zandian conflict.

4/17/2015
Jeff Maginniss explains Combat Experience for increased XPs!
MMO Masters
9/4/2018
Soldiers lnc. Moderator Interview with Robert Shatz
MMO Masters
2/7/2018
Cliff’s Tips on Getting the Most Out of Your Gathering
MMO Masters
1/24/2018
A Guide to the Finer Mechanics
MMO Masters