The Delicate Art of Raiding

Ultimately, the most important part of this game is collecting enough Resources to upgrade your Buildings and troops and, of course, training more Units. It is important to upgrade your Production and Storage facilities of course, and there are other sources of Resources, like Special Operations and Mission Rewards, but the most lucrative source of Resources BY FAR is raiding.

Some players think raiding is a rather unsavory part of the game and does nothing but cause fights with other players and should be avoided. Others feel that raiding is an offensive method to attack or attempt to take down an enemy. In reality, it can indeed be these things; however, if handled delicately, with planning and forethought, raiding can be, for the most part, a safe and profitable business.

There is much confusion in the game about the term “Farm”. It is used a lot and is often misunderstood to mean a Base you annex, or occupy and raid frequently to obtain Resources.
The most frequently received “fan mail” is probably “Stop attacking my farms.” However, THIS IS NOT FARMVILLE! We don’t farm here, we RAID.

In Soldiers Inc., FARMS are, for the most part, abandoned Вases. That is, Bases where the original owner no longer plays. You may annex or occupy them, but by doing so you have NO OWNERSHIP of them. A Base has ONLY ONE owner, the original player. Soldiers Inc. is a mercenary war game, and raiding dead Bases is a big part of that. If you are squatting in Bases, then you simply do not understand this part of the game.

Furthermore, as you probably already know, finding abandoned Bases takes a lot of time and effort. If you occupy it once you find one, all you are doing is raising a big “RAID THIS BASE” sign over the target.

There are only so many good Bases to go around, why advertise them to your competition?

This is where the raiding part of the game gets a little unsavory. You can, if you have the stomach and troops for it, raid Bases where the player is still actively playing the game. This can be profitable and yield Experience and PvP points. However, if you are looking for Resources, doing so is counterproductive, for the most part.

Raiding live Bases means you will have to fight the owner at some point. Either the owner will raid you back, or you will hit his Defenses. Even if you are raiding the maximum amount of Resources from that Base every week, that quantity only translates to just over four Thunderheads. 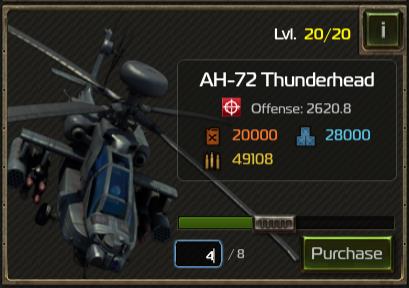 ASK YOURSELF IF IT IS WORTH FIGHTING OVER! The answer is ALWAYS NO. No Raid target, or “farm”, is ever worth fighting over for Resources.

One final reason to NOT raid live Bases is this: although this is supposedly a war game, it is still a social networking game. You don’t like it when people raid YOUR Base, so why hit other people. We are all players trying to improve ourselves in the game. It is only fair play to give each other room to do that.  And, by the way, if you routinely hit live players, don’t expect your Combine pals to back you up when they fight back.

There are a number of raiding constraints that have been added to the game to balance the playing field for all players. You need to be aware of these, familiar with how they work, and how to use them to your benefit.

1.       Raid Attempts Remaining. There are actually two kinds of Raids: those that return with Resources and those that don’t. If you try to send a Resource Raid with no attempts remaining, you will be warned but given the opportunity to raid anyway.

2.       Number of Raids per Day. This is limited to 10, but it is a bit more complicated than that. The mechanics is this: if you have less than 10 Raids available, you will receive a new Raid opportunity every 2.5 hours. So the maximum per day is actually, 9.6.

However, it is also important to note that the clock STOPS when you have 10 Raids pending and restarts at 2.5 hours when you send your first Raid. That means that if you sit with ten Raids pending for an extended period of time, your max Raids per day diminish. So if you log in and find you have ten Raids available, DO NOT wait an hour or more for all your Recons to return before sending your first Raid.

Raid attempts are valuable. Use them wisely.

3.       Max Raids per Week. Ok, you did the math and figured out you have a max of about 67 Raids per week. That is true but also wrong. You are only given 67 Raids a week but you CAN complete 77 or 78 raids in any particular week. You may have noticed the top raiders in the weekly stats seem to have outrageous numbers. The trick here is the “complete” part. If on Sunday, just before the weekly Monday reset hour, you send out 10 Raids to targets at a 24-hour distance, you can boost your alternate week Raid counts. Obviously, the intervening week you will be ten Raids short.

4.       50,000 Resource Transfer Limit per Week. This one is heavily misunderstood by the new and even some veteran players. The game mechanics is such that there is a net limit of 50,000 Resources that can move in both directions between any two players per week.

However, this limit applies to ALL exchange methods, including Convoy exchanges. If you do nothing else, the maximum you will ever take from a target is indeed 50,000. I won’t go into detail here, since it is classed as restricted information, but you can use this mechanism to collect up to 100,000 Resources. Ask your Combine friends how this is done. But I will give you a hint: if you want more, you need to give a little.

The ‘per week’ part of this limit is NOT the calendar week, or the Plarium Raiding Week, it is in fact a seven-day period specific to that target. If you hit a Base at 10 a.m. on Tuesday of this week and take the maximum, you will not be able to hit it again like that until 10:01 a.m. NEXT Tuesday. If you try to, you WILL be warned only once. Because of this it is important to keep track of your raiding activities.

Personally, I work on an 8-day cycle to guarantee that the target is ready to raid, and to shift things around a little so I am not hitting the target on the same day every week.

5.       Resource Spread and Bunkers. How much of each Resource you will gather in a Raid is dependent on a few factors, not the least of which is how many Resources there were at the Base in the first place.  Obviously, you cannot recover what is not there. If you recon a Base and find it heavy with Rations but with no Munition or Fuel, you will be getting Rations back. However, if a Base is heavy with everything, you will receive a percentage of each Resource up to whatever your Resource limit is.

Remember though, what you see from the Recon includes whatever amount is stored in the owner’s Bunker. So you need to do a little reconning to figure out how much of what you see is really available. At first, the Bunker capacity will be unknown; however, you can figure this out by comparing the Raid report with the Recon report to determine the target’s Bunker capacity, but only IF your take is less than your expected maximum. Some players find that it helps to keep track of this information.

Correcting the bias. If you understand the 50,000 Resource transfer limit, you can slightly improve the balance of the Resource type you take in a Raid because the balance is calculated based on the relative amount of each Resource at the Base at the time of the hit and does not include any incoming Resources.

6.       Number of Resources You Can Gift per Day. It might seem strange to see me list this constraint in a raiding tutorial, but if you understand the weekly transfer limit constraint, you need to know that the number of gifts you can send per day also affects your raiding capability. It is important to use your Convoys wisely.