A Woman's guide to MMO Games

Statistically speaking, the MMO scene is largely populated by men. While there are many women who do play MMOs, it can still be a little intimidating for a new female player to enter such a male-dominated world.

Luckily, there are quite a few things one can do to feel welcome among other players, male and female alike. For that purpose, we have compiled some tips in the short guide below, directed primarily at women looking to delve into the world of MMOs. That said, all types of players may find this relevant, so don’t knock it till you’ve read it.

Like it or not, MMOs are mostly an aggressive environment. There’s a lot of raiding, shooting and trash-talking going on in most multiplayer games, and in MMOs these tend to increase tenfold. It might take time to get used to it, but if you go with the flow and never take anything personally, you’ll find yourself dominating and cussing with the best of them - all in good spirit - well… MOSTLY in good spirit.

An MMO can also be a safe space where you can vent the aggression you picked up during the day. Boss getting you down? Go online and destroy some poor sap’s castle. This show of force won’t only make you feel better - it will also teach other players you mean business.

Flying under the radar is a good strategy for the first week or so, since you want to establish your base and/or hero before you go out there and leave your mark on the digital world. However, it is important to know that once you start playing in the big leagues, you’re going to make just as many enemies as you will friends. It is equally as important to know that making enemies is perfectly OK.

There is a tendency for some players to assume (erroneously, of course!) that women will be more likely to shy away from conflict, and this has led to the belief that they are easier targets. Don’t be afraid to show them you are just as capable as they are, if not moreso, of wreaking havoc on the battlefield. Having some powerful friends on your side won’t hurt, either.

In an MMO, you’re never alone. The genre includes the words “Massively” and “Multiplayer” for a reason, and there will always be someone to talk to about the game, or about something completely off-topic. Beside the helpful tips and discussions you can find in the many blogs, forums and chats, a community can offer you a sense of camaraderie found in very few other places.

True, being a woman in a male-dominated space may attract more attention than you might be comfortable with - a problem not unique to the gaming world - but don’t let anyone make you feel unwelcome or disrespected. You’ll find out most other players only care about playing with good people, regardless of gender.

The truth is, it doesn’t really matter whether you’re a man, a women or anything in between. All that really matters is your love for the game. I know it’s corny, but the best advice we can give is to just play and the game and enjoy yourself.

Sure, some insecure and mean people will always have something negative to say, but they will always be a noisy minority. MMOs give us the chance to be everything we want to be, so why not be the best we can be? 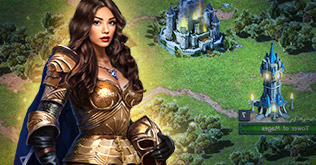 10 common mistakes made by MMO players